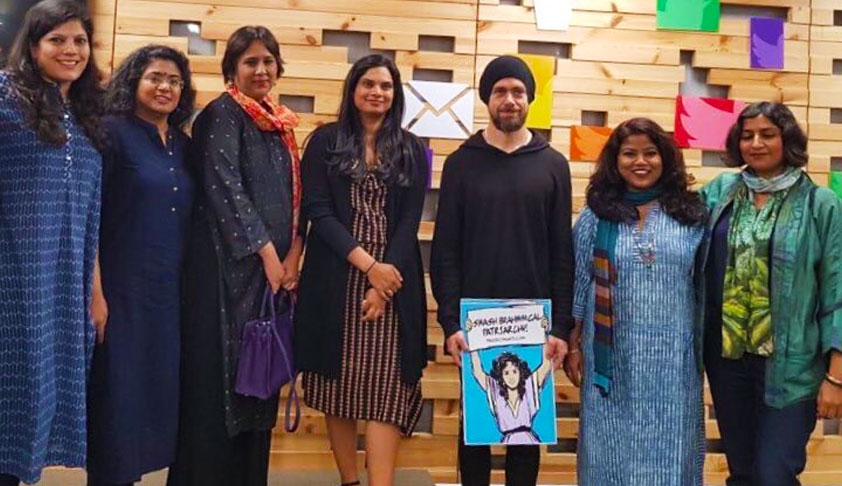 The Rajasthan High Court on Wednesday granted Twitter Inc. CEO Jack Dorsey a stay on his arrest in connection with the FIR registered against him for hurting the sentiments of Brahmin community after his photo holding the slogan “Smash Brahminical Patriarchy” went viral.

Dorsey had moved the high court after a Jodhpur court on Saturday ordered registration of FIR against him on the complaint of Vipra Foundation’s youth wing.

The Jodhpur court had on Saturday ordered that an FIR be registered against Dorsey after the complaint regarding the photograph showing him standing with women journalists and activist holding the placard reading “Smash Brahminical Patriarchy” was filed.

Dorsey had, in his petition, said that the FIR is nothing but an abuse of the criminal justice system.

He said he did not flaunt the placard but had merely held it “innocently without the deliberate and malicious intention”.

“Since the petitioner was not responsible for the publication of the offending photograph, there was no question of him intentionally or knowingly insulting any person, to break public peace or to commit any other offence,” said the petition.

It said: “Petitioner is unaware of the history and complexity of the caste system in India. He has no idea whatsoever as to what connotation the expression ‘Brahmanical patriarchy’ has and does not subscribe to the view that Brahmins are a patriarchal community.”

It added: “In any event, Brahmins are not a distinct religious community. Brahmins are a caste within the Hindu community and the religion is Hinduism. The placard does not outrage the Hindu religion and accordingly does not offend the religion or religious beliefs of Brahmins. It is pertinent to note that neither was the holding of the photograph an endorsement of its content and most certainly the intent was not to disrupt public order.”