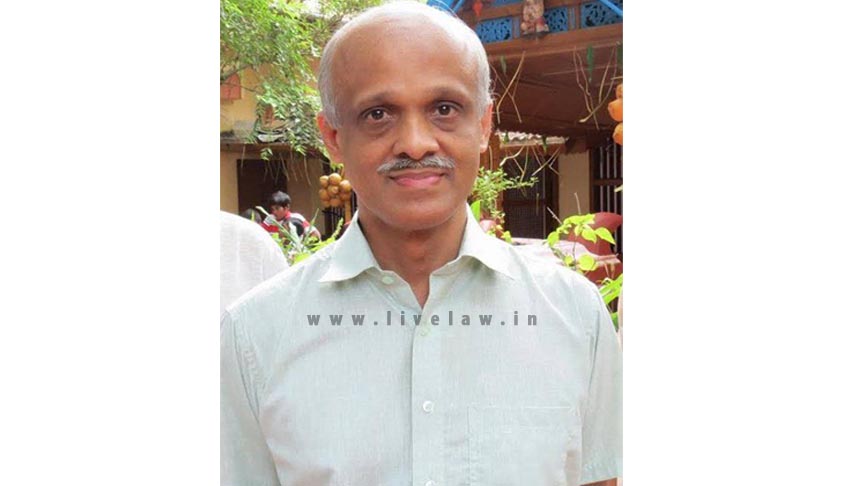 The Kerala Judiciary is once again in headlines for the rare humanitarian gesture of Sri S.Manohar Kini, Judge, Motor Accidents Claims Tribunal, Palakkad. During February 2015, a young Munsiff, Sri Aravind V.Adiyodi hit the headlines through his gesture of clearing the debt of a poor bedridden man with Canara Bank in a Lok Adalat organized at Vadakara.

Sundaran, a resident of Vakkeelparamb at Puthupariyaram in Palakkad lost his seven year old son in an accident on 10th May, 1993. A claim for compensation was preferred before the MACT, Palakkad which passed an Order after four years directing the Insurance Company to pay a compensation of Rs.98,700/-. The Insurance Company handed over Rs.20,000/- directly and Rs.90,308/- was deposited in a Nationalised Bank through the MACT. Due to a clerical mistake, the amount was deposited in the OP Number of another person, Radhakrishnan. Radhakrishnan withdrew the whole amount in three instalments with the assistance of three lawyers. Without knowing this, Sundaran moved the MACT against the Insurance Company claiming the amount and the legal battle lasted for several years. At last he approached the High Court seeking a remedy for his grievance.

Normally, the pain of a father who lost his seven year old son and the 22 year old legal battle and hardships he faced to get the compensation amount would hardly touch any Judge’s heart. Though Judge Sri S.Manohar Kini was never part of the legal battle involved here, the history of the case and the pathetic situation of Sundaran made him to exhibit a rare humanitarian gesture through a special Order paying Rupees One Lakh to Sundaran from his own pocket. This unexpected gesture of the Judge put an end to the prolonged sufferings experienced by Sundaran and his family.

Judge, Sri S.Manohar Kini became more revered when he said, “Being part of the judicial system, I too hold the moral responsibility to end the misery of the hapless victim of clerical error. The public should never lose their faith in judiciary and hence I paid the amount. I believe that the court of conscience is above the rest of all judicial institutions.”

**Boris Paul is a practicing lawyer and t

he revising author of 'Mulla- Transfer of Property' published by LexisNexis