Re-consider The Order Refusing Extension Of Deadline For Aadhaar Linkage For Welfare Schemes And Subsidies: Lawyers, Activists To SC 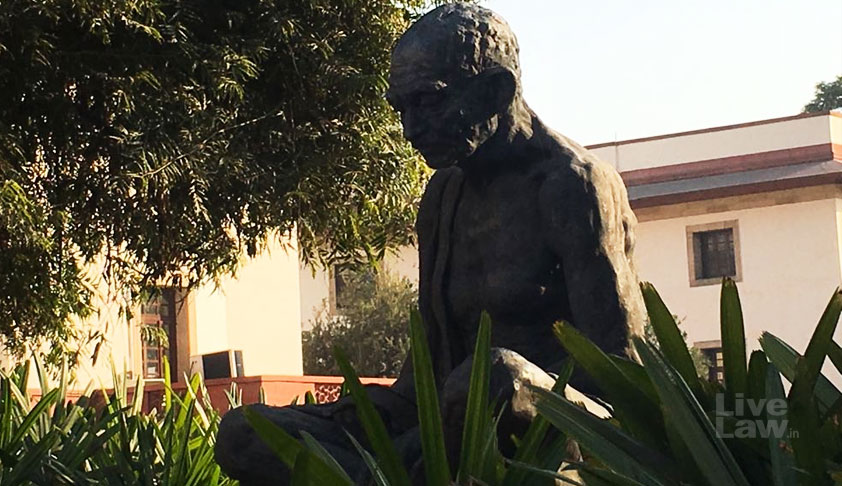 Rethink Aadhaar, the campaign against the biometric identification of people through  Aadhaar, has come out with a strong statement against the Supreme Court’s Constitution bench’s interim order on Tuesday, extending the the Aadhaar linking deadline indefinitely only for banking, and mobile services, leaving the most vulnerable with no protection for privacy or basic rights to welfare.

In a statement, the campaign said, “The Interim Order issued by the Supreme Court on Tuesday has come as a grave disappointment, given the large-scale exclusion and cases of starvation deaths reported due to Aadhaar, the biometrics-linked resident ID, from the poorest districts of the country.”

“Good that the SC has stayed the compulsory linking of Aadhar to all services & benefits. There is no justification for making Aadhar mandatory for any benefit or service”, Activist Lawyer Prashant Bhushan tweeted

“It's sad when government impunity in contempt of the Supreme Court's previous orders is effectively condoned. It's our poorest citizens that will suffer breaches to their identity when they have Aadhaar, and to employment and family hunger when they don't get their due rations or MNREGA employment if they can't get it or their identity is stolen”.

"I don’t see any justifiable basis for the classification that it has now made, between notifications under section 7 and all other instances of Aadhaar linkage. Equal treatment is the plinth on which our Constitution stands. I hope there’s still a chance of the court reconsidering its interim order, and staying the Act in full until it delivers a judgment".

The Court on Tuesday extended the deadline for linking Aadhaar only for banking and mobile services, for which the Aadhaar linking deadline so far was coming up on March 31, 2018.

As the order is silent on PAN, the campaign expects that with respect to PAN linking, the previous orders from June 2017 will apply.

“Worryingly, in line with a request by the Attorney General in court today, the deadline was not relaxed for notifications under Section 7 of the Aadhaar Act, 2016 that practically make it a requirement to link Aadhaar for people to continue to have access to 139 crucial welfare schemes, several of which are citizens’ legal rights”, the Rethink Aadhaar campaign’s statement reads.

These include  essential services such as mid-day meals for children, food subsidies under the National Food Security Act, the Right to Education for children upto 14 years, disability, widows’ and old age pensions, scholarships for Dalit and Adivasi students, teachers’ and health workers’ stipends, maternity benefits under Janani Suraksha Yojana, and a wide range of welfare schemes.

Though Tuesday’s order says that previous orders that provide exemptions for food security benefits when biometric authentication fails, remain in force, the evidence is that these orders from October and December last year have been completely ignored by government departments, with UIDAI, the agency managing the database, continuing to push for making Aadhaar mandatory in every aspect of life, and forcing seeding, linking Aadhaar numbers across databases, violating citizens’ right to privacy and security, the campaign points out. These circulars, which the court order refers to, have remained ineffective and failed to alleviate people’s distress on the ground, when Aadhaar authentication regularly fails, the campaign has claimed.

Tuesday’s order extending the deadline for linking only for mobile and bank services till the final judgement of the court, shows how much the court shares the concern of the middle class, that economy would be at standstill, and might suffer due to the uncertainty with regard to the deadlines for linking if the Government agrees to extend it towards the end of this month.  Similar concern for the marginalised people, who are covered under section 7 notifications, is sadly missing, observers point out.

The petitioners’ advocates will now push for these Section 7 notifications to be covered under the indefinite extension as well, and not limit relief only for bank and mobile customers, the campaign hopes.

“Despite Aadhaar being presented as a voluntary scheme since 2009, two successive prime ministers have forced citizens to submit their biometrics to access essential services. They have done this by making the most basic services for vulnerable citizens available only to those who pass the biometric authentication test.   Arm-twisting citizens to enroll in the database operated without any legal framework while the data was collected.  Today’s order has failed to provide these most vulnerable citizens of the country little protection or relief from disruption of the legal right and access to even basic social services”, Rethink Aadhaar Campaign, has added.