Read The Summary Of Cauvery Judgment 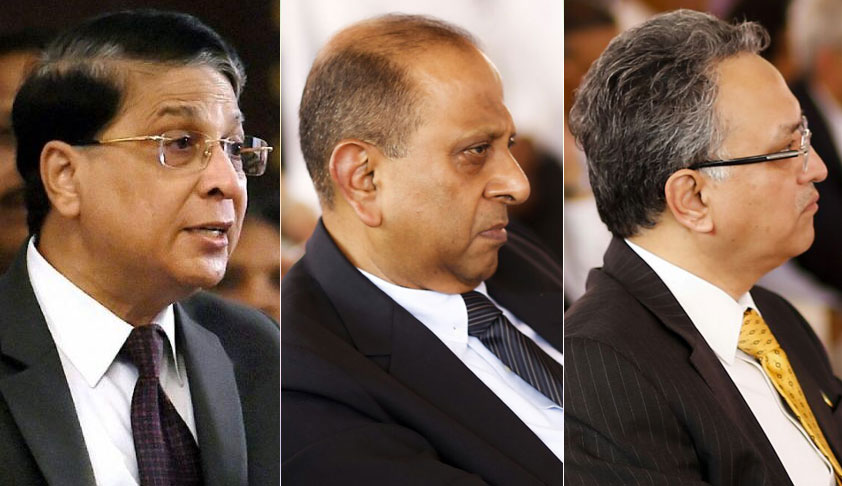 A three-judges bench of Chief Justice Dipak Misra and Justices Amitava Roy and AM Khanwilkar on Friday pronounced the judgement on the Cauvery Water Dispute between the states of Karnataka, Tamil Nadu and Kerala and the UT of Puducherry, partially allowing the appeal preferred by the state of Karnataka in 2007 against the order of the Cauvery Water Disputes Tribunal. The bench directed the...

Here is the Summary of the Judgment

(i) After coming into force of the 1947 Act, the doctrine of paramountcy has no room for application as the Government of India became the full sovereign authority. The two agreements of 1892 and 1924 had neither any political arrangement nor touched any facet of sovereignty of India. Per contra, the agreements cover the areas of larger public interest which do not have any political element and in this backdrop, the agreements are neither inoperative nor completely extinct.

(ii) The issues in this case have no connection, whatsoever, with the concepts of sovereignty and integrity of India and, therefore, the bar under Article 363 of the Constitution of India is not attracted.

(v) A scrutinized perusal of the 1924 Agreement reveals that the said Agreement was never intended to be of permanent character. On the contrary, it contemplated a fixed term of 50 years. Therefore, the said agreement expired after 50 years in the year 1974.

(vi) The Tribunal in its approach primarily referred to Helsinki Rules, 1966 which rejected the Harmon doctrine and laid stress on equitable utilization of international rivers. We are of the opinion that the Tribunal was correct in its approach. For determining reasonable and equitable shares, relevant factors have to be considered together, in reaching a conclusion. Keeping in view the various intricacies involved in the case at hand and the duty ordained upon this Court by the Constitution of India, the matter deserved to be adjudicated on the bedrock of equal status of the states and doctrine of equitability. Resultantly, the submission that the complaint of the State of Tamil Nadu did not warrant any adjudication, does not commend any acceptation.

(vii) This Court in In Re: Presidential Reference (Cauvery Water Disputes Tribunal) has held that waters of an inter-state river passing through corridors of the riparian states constitute a national asset and no single State can claim exclusive ownership of its water. In this context, the principle of equitable apportionment internationally recognized by the Helsinki Rules, Compione Rules and Berlin Rules which have also been incorporated in the 1987 to 2002 National Water Policies, have been regarded to be the guiding factor for resolving disputes qua apportionment of water of an interstate river.

(viii) After considering all relevant materials brought on record, we are of the view that having regard to imperative of economy of consumption of water, the final determination of irrigated area arrived at by the Tribunal for Tamil Nadu, cannot be declared incorrect or fallacious.

(ix) We do not find any perversity of approach in the Tribunal‘s findings with regard to the allocation of water for domestic and industrial purposes in the State of Tamil Nadu. Hence, the same requires no interference.

(xi) The rejection of the stand of Kerala seeking trans-basin diversion for hydro-power projects by the Tribunal is justified. The Tribunal has allocated a total of 30 TMC of water towards the overall needs of the State of Kerala and we concur with the said conclusion of the Tribunal.

(xii) We concur with the Tribunal‘s findings that the Union Territory of Puducherry is entitled for a ―second crop‖, having regard to its unique geographical position and its irrigated area being approximately 43,000 acres.

(xiii) The allocation of water in favour of Union Territory of Puducherry does not require any further enhancement.

(xiv) The admission of facts along with the confirmatory empirical data suggests that around 20 TMC of groundwater is available beneath the surface in Tamil Nadu which the Tribunal has not taken into account citing it as a conjecture. We, while keeping in mind the risks associated with over extraction of underground water, deem it fit that 10 TMC of the said available groundwater in Tamil Nadu can, in the facts and circumstances of the present case, be accounted for in the final determination of its share.

(xv) The Tribunal had drastically reduced the share of Karnataka towards Domestic and Industrial purpose for the reason being that only 1/3rd of the city of Bangaluru falls within the river basin and also on the presumption that 50% of the drinking water requirement would be met from ground water supply. The said view taken by the Tribunal ignores the basic principle pertaining to drinking water and is, thus unsustainable. Keeping in mind the global status that the city has attained, an addition of 4.75 TMC is awarded to Karnataka.

(xvi) The perspective of the Tribunal to assign 10 TMC of water for environmental protection does not require to be revisited, for such a revisit may result in unwarranted pollution and defeat the conception of sustained environmental purity.

xvii) In totality, we deem it appropriate to award to the State of Karnataka an additional 14.75 TMC of water, i.e., 10 TMC (on account of availability of ground water in Tamil Nadu) + 4.75 TMC (for drinking and domestic purposes including such need for the whole city of Bengaluru).

(xviii)In view of the allocation of additional 14.75 TMC of water to Karnataka, the State of Karnataka would now be required to release 177.25 TMC of water at the inter-state border with Tamil Nadu, i.e., at Billigundulu.

(xix)The argument of the Union of India that Section 6A of the 1956 Act by employing the word "may" has left room for discretion to the Central Government for the purpose of framing a scheme does not stand to reason and further it does not meet the substance test. Accordingly, the said submission stands repelled. That apart, the framing of the scheme is exclusively meant for implementation of the award or as the same gets modified by this Court.

(xx) It is made clear that subject to the scheme to be formulated under Section 6A of the 1956 Act, in terms of the present adjudication, the recommendations/directives of the Tribunal with regard to the monthly releases and not inconsistent with anything decided herein, are hereby endorsed for the present for a period of 15 (fifteen) years hence.