Recasting Of Financial Statements By Partners Of LLP 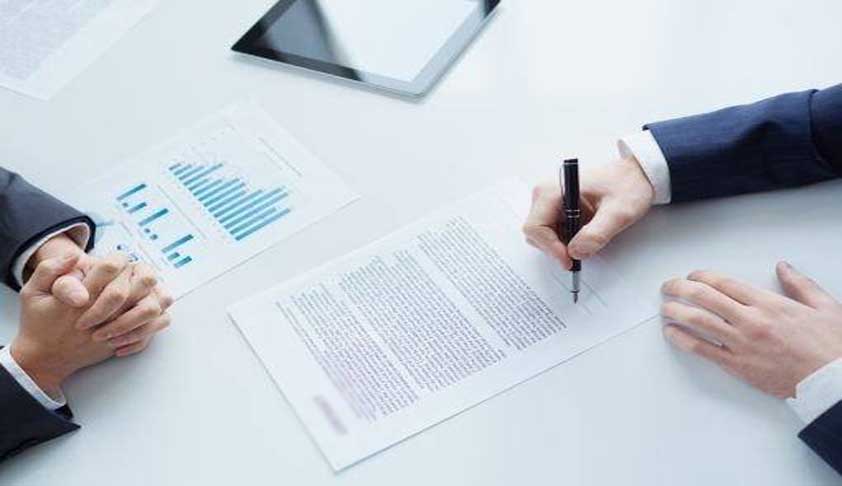 (3) Every limited liability partnership shall file within the prescribed time, the Statement of Account and Solvency prepared pursuant to sub-section (2) with the Registrar every year in such form and manner and accompanied by such fees as may be prescribed.

(7) The Statement of Account and Solvency of a limited liability partnership shall be signed by the designated partners of the LLP and each designated partner shall be taken to be a party to its approval unless he shows that he took all reasonable steps to prevent their being approved and signed.

“(1) If it appears to the directors of a company that-

do not comply with the provisions of section 129 or section 134 they may prepare revised financial statement or a revised report in respect of any of the three preceding financial years after obtaining approval of the Tribunal on an application made by the company in such form and manner as may be prescribed and a copy of the order passed by the Tribunal shall be filed with the Registrar;

Provided also that the detailed reasons for revision of such financial statement or report shall also be disclosed in the Board's report in the relevant financial year in which such revision is being made.

(2) Where copies of the previous financial statement or report have been sent out to members or delivered to the Registrar or laid before the company in general meeting, the revisions must be confined to—

(a) the correction in respect of which the previous financial statement or report do not comply with the provisions of section 129 or section 134; and

(b) the making of any necessary consequential alternation.

“Prior period errors are omissions from, and misstatements in, the entity’s financial statements for one or more prior periods arising from a failure to use, or misuse of, reliable information that:

(a) was available when financial statements for those periods were approved for issue; and

(b) could reasonably be expected to have been obtained and taken into account in the preparation and presentation of those financial statements.”

“Retrospective restatement is correcting the recognition, measurement and disclosure of amounts of elements of financial statements as if a prior period error had never occurred.

“Subject to paragraph 43, an entity shall correct material prior period errors retrospectively in the first set of financial statements approved for issue after their discovery by:

(a) restating the comparative amounts for the prior period(s) presented in which the error occurred; or

The scope, applicability of the aforesaid provisions may be analysed as below-

Scope of IND AS 8

Recast of accounts by companies under CA, 13

Under the erstwhile Companies Act, companies were not generally permitted to recast financial statements. However, the then Department of Company Affairs (DCA) provided its views on recasting of financial statements of companies based on ICAI Guidance Notes issued in this regard. The initial views of DCA as well as of ICAI were such that, any revision/ recasting of financial statements can be done only before its adoption in the AGM. However, later on, DCA had partially modified the said view by clarifying that a company can reopen and revise its accounts even after its adoption in the AGM provided such revision is due to the need of compliance of technical requirements of any other law to achieve the object of exhibiting true and fair view.

On a reading of section 131(2) of CA, 13, it appears that the said section clearly follows the DCA’s view, which contemplates two possible situations, one, revision after being the financial statements signed off by the directors and auditors but prior to being circulated to the members and, the other is, after being circulated to the members. In case of the latter situation, the revision is confined to correction of non- compliance of provisions section 129 and consequential changes, while the former may include any revision subject to the same is within the purview of section 129. It is also advisable to put such a restriction of revision after adoption of the financial statements by the members. It is because that the directors of the company prepares the statements and lay before the shareholders.

Position in case of LLP

Evidently, neither the LLP Act nor the LLP Rules provide for any provision with regard to recasting of financial statements unlike in case of companies as provided above. While the views of DCA and IND AS are applicable only to companies, it is pertinent to understand here how the structure of an LLP is different from the structure of a company. An LLP is different from a company in various aspects, however, the predominant one would be the relationship between the management and the ownership. In case of a company, management and ownership lies with two separate groups of persons since the management of the company lies with the directors and the ownership lies with the shareholders who are the owners of the company. Therefore, in case of a company there is a separation of ownership and management. The directors act as agents on behalf of the owners of the company. However, in case of LLP, it has partners but not directors. There is no separation of management and ownership in case of an LLP as the LLP is managed by the partners for themselves. The concept of management in trust or management on behalf of the owners is not applicable in case of an LLP. Further, in case of LLP, all the decisions are taken by the partners by and on behalf of themselves unlike in case of companies, where the proposing and approving authority are two different groups of persons i.e. Board and the shareholders respectively.

Munmi Phukon is a Senior Manager in Vinod Kothari & Company.

[The opinions expressed in this article are the personal opinions of the author. The facts and opinions appearing in the article do not reflect the views of LiveLaw and LiveLaw does not assume any responsibility or liability for the same].
Next Story
Similar Posts
+ View more
Webinars
+ More
Law Firms
+ More
Latest News
+ More
लाइव लॉ हिंदी
+ More
International
+ More
Environment
+ More