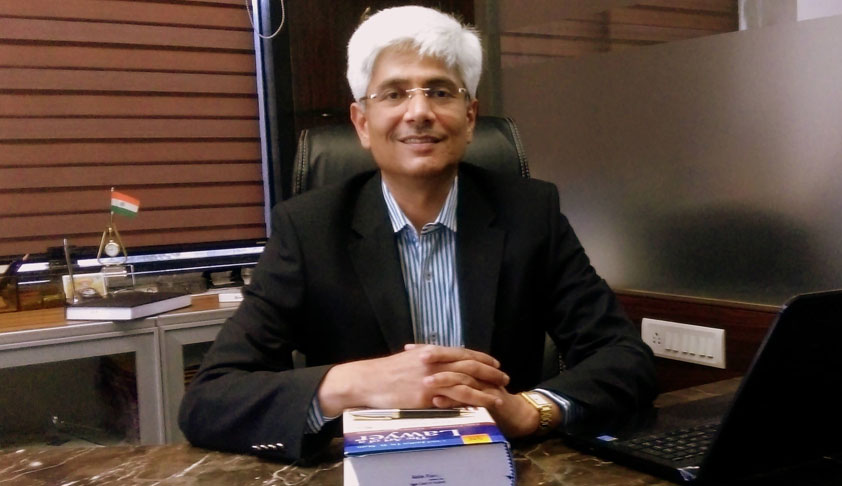 Former President of the Gujarat High Court Advocates' Association (GHAA) Mr. Asim Pandya has petitioned the High Court challenging the no-confidence motion passed against him by the GHAA last month.

Mr. Pandya was elected as the GHAA President in 2016 and then again in 2017 for a second term. A no-confidence motion was however passed against him on 4 May this year, after he had a disagreement with several Advocates who wanted to go on a strike for a day to protest over the murder of Kirit Joshi, an advocate in Jamnagar.

Mr. Pandya was not in favor of a strike, claiming that the lawyers had gone on a mass leave a couple of weeks ago, to push their demand for appointment of judges at the High Court. He had asserted that boycotting work again would not be proper, in view of the Supreme Court judgment in the case of Krishnakant Tamrakar v. State of MP, wherein the Supreme Court had opined that "strikes are in violation of law laid down by this Court", and that "the office bearers of the associations who give call for the strikes cannot disown their liability for contempt"

The president’s opinion did not go down well with a section of lawyers, who then addressed a requisition for the same to GHAA Vice President (VP), Mr. Samir Dave. Acting on the requisition, the VP called an extraordinary general body meeting within a period of less than a day, and thereafter, declared the motion to have been passed. The same day Mr. Pandya had sent his resignation to the General Secretary as well, but the same was not acted upon and a no-confidence motion was passed instead.

His petition now challenges the entire act of the VP calling the meeting and passing the motion as being "without jurisdiction, competence, non-est, nullity, void ab intio, contrary to the settled law, procedure and in blatant defiance of the law enunciated (judgment dated 28/3/208 paragraphs 44 to 51) by the Hon’ble Supreme Court of India."

He points out that the meeting was called without putting the requisition before the Managing Committee, and without putting up public notice in the High Court precincts. He contends, "Respondent no: 2 [VP] has with malafide intention showed undue haste in convening the meeting within less than 12 hours’ time even though there was no great urgency involved. As per the Constitution of the Association a special/extraordinary general body meeting is to be convened only after a proper notice of 14 days unless the matter is very urgent which brooks no delay"

Mr. Pandya further asserts that a no-confidence motion cannot be brought against him as a period of five months had already lapsed since he had been elected. The motion, he also contends, was passed without recording the number of members present in the meeting and the number of members who voted in favor of the motion. Besides, he challenges the decision taken by the GHAA Managing Committee on 14 June to hold elections for the post of President as well.

"(i) Can a motion for no confidence be brought and passed against President of advocates’ association for his insistence to comply with and follow the law laid down by the Hon’ble Supreme Court of India by the members of the association and for not submitting himself to the illegal demand of a few members to violate the law?

(ii) Is the High Court not bound to nullify such an action of the advocates’ association ex debito justiae in exercise of the jurisdiction conferred upon it under Article 215 and 226 of and in consonance of the mandate of Article 144 of the Constitution of India more particular when the violation of law takes place in the High Court precincts?"

Thereafter, he demands quashing of the resolutions, but submits that he no longer wants to continue being the GHAA President, submitting, "The petitioner makes it clear again that he is no more interested in continuing on the post of President. The petitioner is also not interested in contesting a fresh election for the said post. The present petition is being filed only for the purpose of enforcing the rule of law and the law declared by the Hon’ble Supreme Court of India more particularly when the violation has taken place within the court campus."

Mr. Pandya further demands a direction to the GHAA Managing Committee to take a decision on his resignation letter in accordance with the GHAA Constitution, and "to undo/nullify the violation of the right to reputation of the petitioner guaranteed under Article 21 of the Constitution of India and arbitrary/mala-fide treatment meted out to the petitioner who had to face social ignominy on account of an absolutely illegal/void ab intio action of respondent No.2 [VP]."

Till such decision is taken, he demands that all the resolutions against him be stayed, and that the VP be restrained from acting as the In-Charge President. Mr. Pandya has asserted that till such time, the GHAA should be allowed to function through the General Secretary and the Treasurer.