Recording Reasons Is Fundamental To Transparency, Justice Chelameswar Justified In Asking For It: Justice Ruma Pal 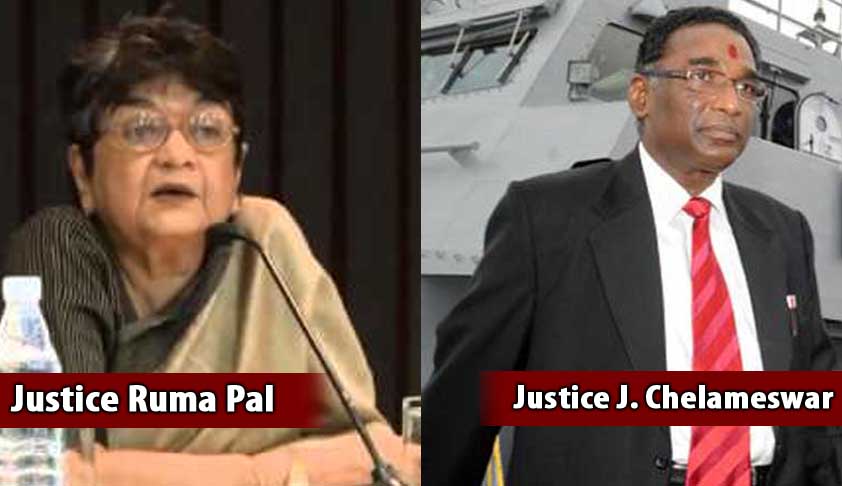 “Justice Chelameswar is asking for nothing more than what was laid down in the Second Judges' Case (1993) that reasons for decisions to appoint need to be recorded. One reason the collegium was set up was to ensure the process could be more transparent. Recording reasons is fundamental to transparency. This is the standard the judiciary requires of others. Justice Chelameswar is justified in saying that it should follow the same standard,” Justice Pal was quoted as saying in an interview with Arghya Sengupta published in The Times of India.

Justice Pal said she has always been in favour of a judicial commission. When asked whether it was possible to reform the collegium without letting the government affect the judiciary’s independence, she said: “Justice Chelameswar says decisions to appoint should be taken by circulation. Why a person is selected or not should be on record. If someone has changed one's mind on an appointee, the reasons should be known. For these and similar changes, there's no reason for the court to agree to a Memorandum of Procedure with the government. It'll be in the judiciary's interest to do so itself. In a full court, judges can lay down objective criteria, as was done in the case of laying down the Restatement of Values of Judicial Life, so that everyone knows the internal process and criteria to be followed for selection. This will allay suspicions that people are chosen for reasons other than merit without affecting the judiciary's independence.”

Earlier this month, Justice Chelameswar had refused to attend the collegium’s meetings, as long as its deliberations were kept under wraps.

Also read: Justice Chelameswar and Transparency in the judiciary: An Open Letter to CJI by Shailesh Gandhi.

He was the lone dissenter in the NJAC judgment delivered by the five-Judge Constitution bench in October last year.

He not only upheld the NJAC law passed by Parliament, but found the collegium system of appointments lacking in transparency and effectiveness. Subsequently, however, he joined the rest in the consequential judgment on the collegium, delivered in December, because it sought to improve the collegium system.