Reflections On Five Years Of The Copyright (Amendment) Act, 2012 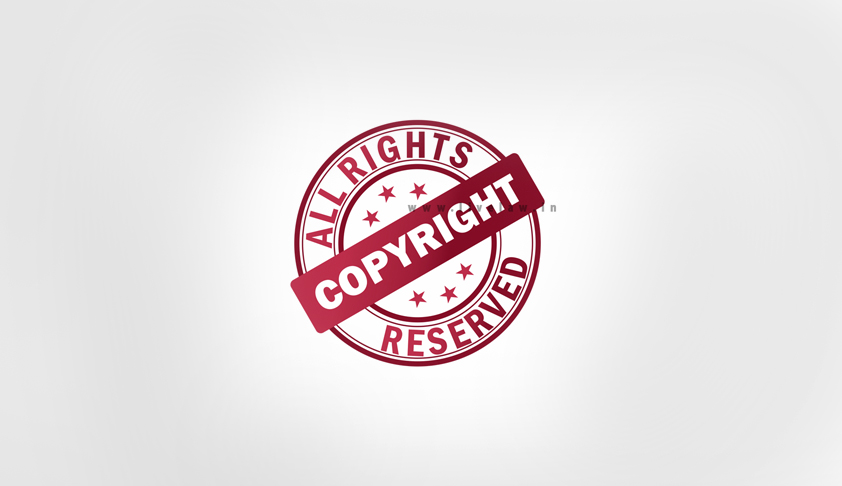 It has been five years since the Copyright (Amendment) Act, 2012 that came into effect from 21st June, 2012 after the unanimous support of all political parties in passing the Copyright Bill, 2010 in the both houses of the parliament. These amendments to the Copyright Act, 1957 has been considered as the major step which brought the Act into conformity with the WIPO Copyright Treaty(WCT) and...

It has been five years since the Copyright (Amendment) Act, 2012 that came into effect from 21st June, 2012 after the unanimous support of all political parties in passing the Copyright Bill, 2010 in the both houses of the parliament. These amendments to the Copyright Act, 1957 has been considered as the major step which brought the Act into conformity with the WIPO Copyright Treaty(WCT) and the WIPO Performances and Phonograms Treaty (WPPT) which together famously known as “WIPO Internet Treaties”. This policy initiative was imperative to extend the protection of copyright to the online and digital environment. These amendments were greeted with generally positive reviews by all stakeholders especially regarding provisions strengthening and clarifying the copyright protection to the Music and Film Industry and specific amendments to address the concerns of the physically disabled persons and to protect the interests of the author of any work. It is fair to say that the reflection of the five years period of implementation reminds that there have been many hits and misses, which are explained in this article.

First, specific amendments were introduced to address the issue of access to published works by the physically disabled persons, especially for visually impaired persons. Indian legislation not only provided one of the best access to read provisions for visually impaired persons but also succeeded in influencing the negotiators of the Marrakesh Treaty to Facilitate Access to Published Works to Visually Impaired Persons and Persons with Print Disabilities, 2013 to adopt them at the international level. These exceptions allowed authorised entities such as educational institutions and NGOs working for beneficiaries to make accessible format copies of books even though they are commercial available. The beneficiaries are also permitted exceptions to share accessible format copies among themselves which can be made available to them by next person who may be a friend or a relative of the beneficiary. The crowning glory of the Modi government during this period was to make India the first member state to ratify the Marrakesh Treaty that persuaded other WIPO member countries to fall in the line to make the treaty effective from 30 September 2016 with 20 member states ratifying it.

Secondly, the significant achievement of these amendments was clarifying the performing rights of authors (lyricists) and music composers and recognising their ‘right to receive 50% royalties collected by the Copyright Society which are non-waivable and non-transferable. This disruptive legislative step became imperative in the light of non-distribution of royalties to a few authors and composers following a dispute over rights in IPRS, a copyright society registered under the Copyright Act by the government for administering their rights. The legislation invoked Article 12 of the Rome Convention which provides that when there is a disagreement between the parties on a business model, then national legislation may lay down the conditions as to the sharing of royalties. The amendments ensured implementation of the business model already in vogue in India. However, film producers and the music industry vehemently opposed fearing that their copyright in the film would be weakened. The recent success of many films at the box office by making Rs 100 crores indicates that the above fear of producers was misguided. The International Confederation of Societies of Authors and Composers (CISAC) highly appreciated the above protection extended to authors and composers on 50% share of royalties entitled by them.

Thirdly, providing exclusive rights to Performers was another hallmark of these amendments. Performers were also provided with right to receive royalties despite they lose their exclusive rights to their performance when they give consent for inclusion of their performance in the film due to a ‘cut-off’ clause. Indian delegation introduced this concept of right to receive royalties to help to resolve the issue of transfer of rights at international level which ultimately resulted in finalisation of the WIPO Audiovisual Performances Treaty at the Beijing Diplomatic Conference in 2012. This policy initiative facilitated registration of a performers’ society to administer the singer’s rights namely, Indian Singers Rights Association (ISRA). ISRA has successfully fought cases claiming royalties from Delhi restaurants and bars and IPL Mumbai following favourable orders from the Delhi and Mumbai High Courts in recognition of performers rights provided in the Act.

Fourthly, another significant amendment to the Act was to extend education exceptions to the digital environment. The education exceptions provided in the Act was supported by the Delhi High Court in recently concluded Delhi University photocopy case wherein photocopying of books for preparation of course packs was considered as not an infringement of copyright. Fifthly, the amendments also re-introduced the concept of perpetual moral rights used in the French Copyright Law which was deleted from the Act following 1994 amendments which recognised moral rights especially the right to integrity as co-terminus with economic rights. This was done to protect moral rights of authors in the digital environment.

Lastly, protection of anti-circumvention of technological protection measures and the rights management information introduced under these amendments reflects Indian legislation making use of the flexibilities provided under the provisions of WCT and WPPT. These provisions unlike the DMCA Act of the USA recognise the act of circumvention as copyright infringement. The amendments also introduced the liability of ISP with ‘safe harbour’ provision to curb unauthorised circulation of online content. These amendments have protected the digital distribution of films and provided protection in containing online piracy of films.

The Copyright (Amendment) Act, 2012 has proposed constitution of permanent Copyright Board instead of an ad-hoc body. However, the Board has not yet been constituted due to various administrative and policy reasons. In the meantime, Lok Sabha passed the Finance Bill, 2017 on March 22, 2017, wherein the Copyright Board is set to be merged with the Intellectual Property Appellate Board (IPAB). This may require further amendments to the Trademark Act and the Copyright Act. The delay in constitution of the regulator has lead to non-implementation of schemes envisaged in the Act such as statutory licensing for broadcasting and approval of tariff scheme of the copyright societies. This delay is causing serious problems in monetization of content to the content creators and access to content for users in the entertainment industry.

The amendments mandate re-registration of all Copyright Societies. However, this process has not been implemented except by IRRO due to intransigence attitude and the vested interest of IPRS and PPL the copyright societies managed by the music industry. A ray of hope has emerged with the recent agreement between the authors & music composers lead by Javed Akthar and the music industry which may lead to a continued distribution of royalty flow with transparency and accountability in management in the affairs of these copyright societies.

The Copyright Bill 2010 introduced international exhaustion of published works with the consent of authors anywhere in the world by amending the definition of infringement but later withdrawn due to protest form mostly foreign publishers. The idea was to introduce affordable books and competition in the publishing industry. The NCAER study report on this matter is yet to be implemented.

The government should take immediate steps to amend the provisions of the Trademark and Copyright Acts for merging of the Copyright Board with IPAB. It also needs to expedite reorganising IPAB by filling up the post of Chairman and other technical members including copyright experts. This can facilitate IPAB to regulate tariff schemes of the copyright societies and fix royalties rates under the statutory licensing scheme for TV and radio broadcasters. India has exercised its sovereign right in adopting the provisions of the WCT, WPPT following the flexibilities in the provisions. There is no need for any external opinion for India’s accession to these treaties including the Beijing Treaty on Audiovisual Performances, 2012 as all the provisions are in complete harmony with the provisions of these treaties and no further amendments are required after accession to these treaties. Moreover, the Indian Parliament has passed the amendments to the Copyright Act 2012 unanimously. The accession to these treaties will help India’s national interest in protecting its globalised film; music and television content and make our creative persons earn royalties worldwide. There is a need to focus on the recommendation of the Parliamentary Standing Committee which examined the Copyright Bill, 2010 on bringing the copyright law in tune with the Information Technology Act, 2000 so far as internet piracy is concerned. G.R.Raghavender is Joint Secretary in Department of Justice, Ministry of Law & Justice. A copyright law expert and chief negotiator for India in negotiations leading to the Beijing Treaty, 2012 and the Marrakesh Treaty, 2013. The views expressed by the author in this article are personal.