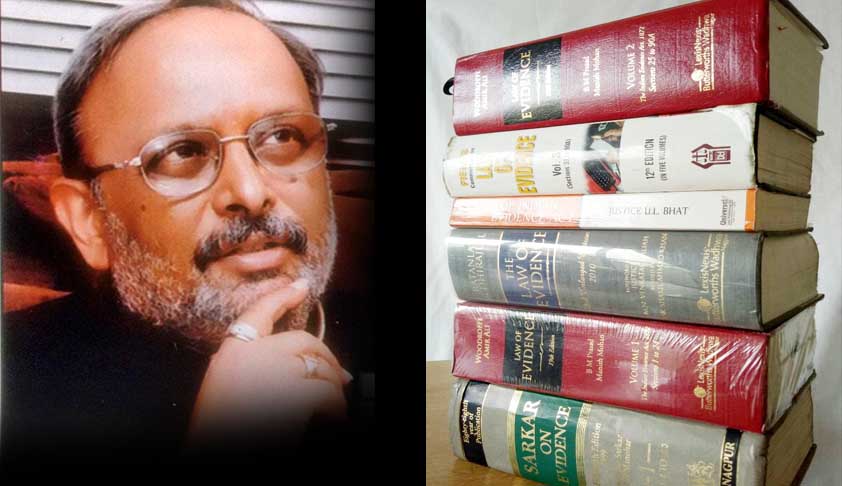 The recent statement of Abhay Bhardwaj, a lawyer from Gujarat, recently appointed as a part-time member to the Law Commission of India, must be seen as a retrograde to the legal fraternity. Mr. Bhardwaj has called the 144-year-old Indian Evidence Act, 1872 as “outdated”, while mooting the idea of its reformation “along the lines of millennia-old Vedas and shastras”. As per him,...

The recent statement of Abhay Bhardwaj, a lawyer from Gujarat, recently appointed as a part-time member to the Law Commission of India, must be seen as a retrograde to the legal fraternity. Mr. Bhardwaj has called the 144-year-old Indian Evidence Act, 1872 as “outdated”, while mooting the idea of its reformation “along the lines of millennia-old Vedas and shastras”. As per him, such reformation of the Act would “usher in an era of positivity in judiciary”. He has also been quoted as saying:

“The evidence act can be reformed on the lines of the ancient Vedas, upanishads and shastras. Various means of evolution of evidence has been from the ancient Hindu texts. In Jain Shastra, there are seven shlokas of evidence, and if the judges apply these shlokas, then there will be no difference in judgment from the trial court to the Supreme Court.”

Before talking about the need for transformation of the Indian Evidence Act, 1872, it is necessary to look at the historical background behind the enactment of the Act.

India, being a common law country, derives most of its modern judicial framework from the British legal system. The system of administration of justice and laws as we have in India today is the product of thoroughly considered endeavours on the part of the British. Around 4 Law Commissions and other committees were appointed during the period 1834 to 1947 to give shape to the framework.

Thomas Macaulay was appointed as the Chairman of the First Law Commission of India (constituted in the year 1834). He was convinced that a code of laws was a critical instrument in the transformation of Indian society. In his speech of July 10, 1833 before the British Parliament, he boldly proclaimed: “I believe that no country ever stood so much in need of a code of laws as India and I also believe that there was never a country in which the want might be so easily supplied. Our principle is simply this- uniformity when you can have it; diversity when you must have it; but in all cases, certainty.” Dr. K.A. Pandey in his book “Principles of Criminal Law in India” (Central Law Publications, 2014) has observed: “Probably, Macaulay was living the dream of his idol Jeremy Bentham, a champion of codification of laws in England, who believed that the ills plaguing the administration of justice in England can only be remedied by making the law certain through codification.” The Draft Penal Code, popularly known as Macaulay’s Code, finally came into effect on January 1, 1862 and provided a uniform criminal law for all the people in the then British India. Since then it is the main penal law of India.

On the same lines, the Indian Evidence Act, 1872 came into force on September 1, 1872. Sir James Fitzjames Stephen (1829-94) was responsible, to a great extent, for the drafting of the Indian Evidence Act, 1872. His attempt was to reduce the English law of evidence into the form of expressed propositions arranged in their natural order with some modifications rendered necessary due to the peculiar circumstances of India.

It must be noted here that before the enactment of the Evidence Act, there was no single exhaustive Code containing the law of evidence of uniform application in the country (Chief Justice Monir’s Law of Evidence). English rules of evidence were followed in the courts established by Royal Charter in the Presidency towns of Calcutta, Madras and Bombay. Outside these towns, there were no fixed rules of evidence. The law on evidence was very vague and uncertain and had authority only as a custom.

Justice K. G. Balakrishnan during his tenure as CJI had observed at the International Conference of the Presidents of the Supreme Courts of the World held at Abu Dhabi (March 23-24, 2008):

“The Indian Evidence Act of 1872, based on the work of Sir James Fitzjames Stephen, was a historical measure that consolidated the rules of evidence which were hitherto based on the traditional legal systems of a plethora of social groups existing in India. They also varied, at times, according to a person’s religious faith or social standing. This differentiation was removed and the judicial system had a comprehensive guide for admissibility of evidence in courts, which include subordinate courts, high courts as well as the Supreme Court.”

It is, therefore, submitted that the Indian Evidence Act, 1872 was enacted to overcome the existing ambiguities in the application law of evidence in India. To say that the Act has become “outdated” would not be correct. The Act was designed in such a way to suit the Indian conditions. Though the impact of the English common law was significant on the Act, departure from the common law has also been made wherever, it was considered, necessary, to local needs. The judges and lawyers have become well acquainted with this statute during more than hundred years of its existence.

In answer to the proposition that the reformation of the Evidence Act along the lines of Vedas and Shastras would “usher in an era of positivity in judiciary”, it is necessary to look at the flaws in the ancient texts as well. For instance, Manusmriti has treated different varnas and gender as unequal for legal purposes. The Hindu law as codified by Manu was based on the principle of inequality. The punishment for a particular crime was not same for all varnas. Manu prescribed the following oath for parties and witnesses: “Let the Judge cause a Brahmin to swear by his truth or sat, a Kshatriya by his chariot or the animal he rides or by his weapons, a Vaishya by his cattle, grain and gold, and a Shudra by imprecating on his head the guilt of all grievous offences (Sukla Das, Crime and Punishment in Ancient India, New Delhi: Abhinav Publications, 1977, p.14).” This only reflects the bias in the ancient legal texts. Quite often, the system of evidence was oath and other ordeals considered divine. These methods of ordeal evidence have been considered as bizarre. Today, it is being talked to reform the Evidence Act. Tomorrow, it would be said to reform the Indian Constitution on the lines of Vedas. India must not go back to the point from where it had started.

The statement of Mr. Bhardwaj is also weak in merit as evident from the fact that after India became independent, successive Law Commissions have suggested changes in the Evidence Act, but none have suggested any changes in the core principles which the statute embodies. Even if the Parliament decides to have new evidence law, its structure and core principles as present in the current stature, shall remain intact. To quote Dr. K.A. Pandey, “We have seen that happening when the Code of Criminal Procedure, 1898 was replaced by the 1973 statute.”

Further, the Law Commission of India in its 950-pages lengthy 185th Report on “REVIEW OF THE INDIAN EVIDENCE ACT, 1872” had suggested a number of changes to be made in the current Evidence Act, but the Legislature could not dare to implement the suggestions made till now. Perhaps, the scholarship with which Sir James Stephens had drafted the Act can never be matched again by anyone. Therefore, to think about complete reformation of the Evidence Act, it is near to impossible.