Refund Of Seized Money Should Be In New Currency Notes: Calcutta HC To IT Department [Read Order] 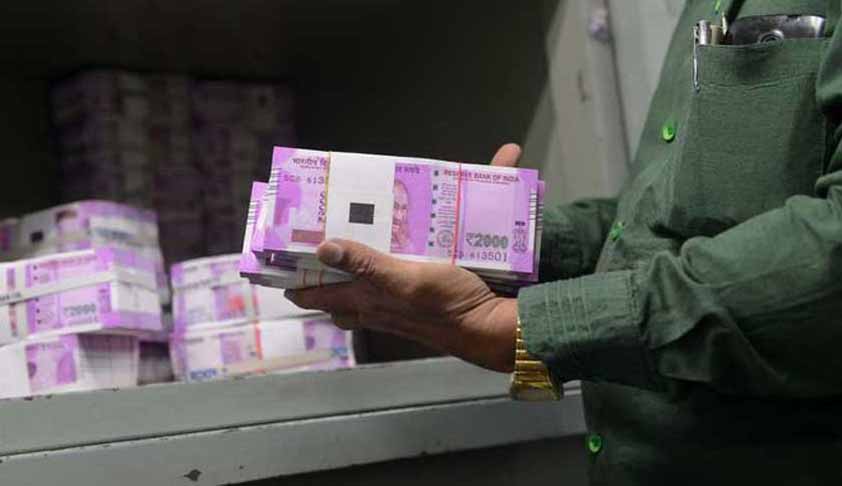 The Calcutta High Court recently ordered the Income Tax Department to refund in valid/new currency, any money held by it on account of a Court order.

“It is trite law that an act of Court cannot prejudice any one and, therefore, any person who is holding on to specified notes after the appointed date in terms of a Court order, such person cannot be disadvantaged and denied liability by the Bank if such notes are subsequently deposited with the leave of the Court,” Justice Joymalya Bagchi observed.

The Court was hearing a Petition filed by an assessee from whom a sum of more than Rs. 2 crore had been seized during a raid conducted in 2012. The cash, which was seized, was in the custody of the police when the IT Department moved an application before the Additional Chief Judicial Magistrate (ACJM) to hand over the same to the IT department.

A Single Judge of the Court had disposed of the case in October, 2015, directing that the seized cash be handed over to the Income Tax Department. It had further directed that the seized currency will not be altered and shall be made available for the purpose of trial, and after completion of assessment, refundable money, if any, shall be returned to the assessee in accordance with law.

The assessee had now approached the Court, seeking clarification of this order to the extent that any refund made to him by the IT Department should be made in new currency notes, and not in the seized old currency notes, which are no longer in tender.

The Department had challenged the plea on the ground that it was prohibited from altering or substituting the old currency notes, thereby, creating “complications” in returning the money in new currency notes.

Ruling in favor of the assessee, the Court made reference to Section 5 of the Specified Bank Notes (Cessation of Liabilities) Act, 2017, which permits a person to hold old currency notes pursuant to a direction given by a Court of law in relation to a case pending before the Court. It observed that the direction prohibiting the Department from altering the money seized during the proceedings may be treated as a condition envisaged under the provision.

“In the light of the authority vested in the Court to permit a person to hold on to old currency notes on or after the appointed dated, that is, 31st December, 2016, I hold that the Court giving such direction has incidental power to give liberty to such person to deposit such notes so held by him with the Central Bank after the appointed date and upon such deposit the Bank shall be under an obligation to replace the said notes with new currency notes,” the Court thereby observed.

The Court then directed the Department to make an inventory of the seized currency notes, while videographing the entire exercise. The Department was ordered to deposit the seized old currency notes at the Reserve Bank of India. The Bank shall then credit an equivalent value in favour of the Department who shall retain it till completion of the assessment proceeding. The entire exercise has been directed to be completed by 30 April, 2017.