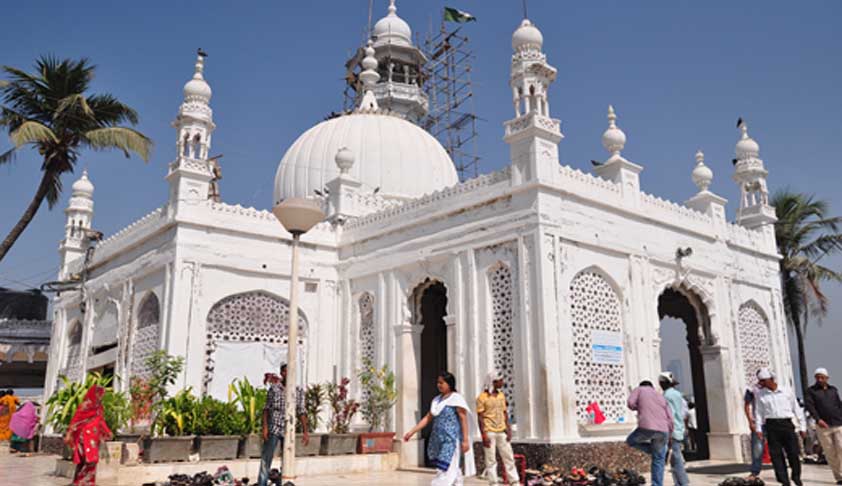 Recent introductory layoutPast two years have witnessed significant judicial developments in disputes surrounding religious liberties.In July 2014, the Supreme Court in Vishwa Lochan Madan v Union of India held that Fatawas and Shariat Courts had no legal sanction and any attempt to force their implementation attracts penal action. In February 2015, in Khursheed Ahmed Khan v State of UP it...

Past two years have witnessed significant judicial developments in disputes surrounding religious liberties.In July 2014, the Supreme Court in Vishwa Lochan Madan v Union of India held that Fatawas and Shariat Courts had no legal sanction and any attempt to force their implementation attracts penal action. In February 2015, in Khursheed Ahmed Khan v State of UP it was held that statutory rules prescribing termination of service on contracting a second marriage by a muslim without dissolving the first marriage were valid. The Rajasthan High Court in Nikhil Soni v Union of Indiain August 2015 held that Santhara (practice of fast till death in Jainism) was unconstitutional but was stayed by the Supreme Court a month later. In December 2015, the Supreme Court in Adi Saiva Sivachariyargal Nala Sangam v Govt of Tamil Nadu put rest to another legislative attempt by Tamil Nadu government to permit any person irrespective of caste from becoming a priest. The Punjab & Haryana High Court in March 2016 in Dilawar Singh v State of Punjab held that Sikhs can appear in Courts with Kirpans. In April 2016, the Bombay High Court hadallowed entry of women inside Shani Shingnapur temple. Meanwhile, in April 26, the Kerala High Court granted permission to Muslim women wearinghijab to appear for the All India Pre-Medical Test.The Bombay High Court in a landmark judgment in Dr. Noorjehan Safia Niaz v State of Maharastra nullified the ban on entry of women in inner sanctum of the Haji Ali Dargah. Interestingly, these cases influence four major religions in India & their answers revolve around a judicially crafted theorem – the ‘Essential Religious Practices’ test (ERP).

The ERP test provides for constitutional protection to practices of a religion which are essentially religious & which can be primarily ascertained with reference to the doctrines of that religion itself. The phrase ‘essential religious practices’ can be traced back to the debates in Constituent Assembly on 2nd December 1948 when while discussing the religious freedom clauses Dr. B.R.Ambedkar observed that ceremonials which are “essentially religious” can be protected by the Constitution. The Bombay High Court in State of Bombay v Narasu Appa(1952) used it for the first time which was approved by the Supreme Court in a number of cases i.e. Lakshmindra Swamiar, Shirur Mutt, Ratilal (All 1954) authoritatively.

A major change came through Ram Prasad Seth vs State of Uttar Pradesh(1957)wherein the Allahabad High Court used the expression ‘essential part of the Hindu religion’ instead of ‘essential religious practice’. The shift of interpretation from whether a practice is “essentially religious” to whether it is “essential to the religion”led to confusion. The main difference between these two diametrically opposite tests is that while the former approves of practices only which are integrally religious in nature the latter approves of all practices which can be proved to be necessary to the religion. The Supreme Court in Hanif Quareshi v State of Bihar(1958)adopted this major shift while holding that sacrifice of a cow on Id was not an essential religious practice for Muslims. The next shift in approach came in Durgah Committee, Ajmer v Syed Hussain Ali(1961) when Chief Justice Gajendragadkar ran the tests together to prove distinction between religious and superstitious. Gajendragadkar J however in Tilkayat Shri Govindlalji Maharaj v the State of Rajasthan and others(1964)went ahead from equating the two tests to separating them as distinct steps in one unified test holding that ‘the court may have to enquire whether the practice in question is religious in character, and if it is, whether it can be regarded as essential to the religion’. The two step test was approved in Sastri Yagnapurushadji (1966).

Next few years triggered an era of whimsical ‘pick and choose’ use of the doctrines. Notably in Acharya Jagdishwaranand Avadhuta vs Commissioner of Police, Calcutta(1984) &Acharya Avadhutta II (2004), the Supreme Court applied the essential religious practices test to reject the claim of Anand Margis to perform tandava dance. In between, in Ismail Faruqui vs Union of India (1994) it used the ‘essential to religion’ theorem to hold that mosque was not an essential part of the practice of the religion of Islam and Namaz by Muslims could be offered anywhere. In N Adithyan vs Travancore Devaswom Board and Others (2002), the two step test was used to hold that there was no evidence to show on record that only Brahmins were entitled to serve as priests.

The Bombay High Court’s judgment raises significant issues pertaining to the interpretation surrounding religious freedoms again.Interestingly, the argument in Haji Ali put forward by the petitioners in Para 10 is again - "that there is nothing brought on record by the respondent No. 2 Trust to show that the banning of entry of women `is an essential and integral part of the religion' so as to come within the purview of Article 26".

AG for Bombay in Para 12 has submitted " that unless the impugned ban is shown to be an essential or integral practice of Islam, it cannot be set up as permissible abridgment of Article 14 & 15".  He also contended - " the test to be followed should be whether the practice is such that without it, the essential character of the religion would stand destroyed or its theology rendered irrelevant. "

The Reply by respondents is Para 27 is again "act of restricting the entry of women in the sanctum sanctorum of the Dargah is `an essential and integral part of Islam'".

The confusion comes in Para 29 (last part) when the court says and mixes everything once again - "What can be culled out from the aforesaid decisions is that, what constitutes `an integral or essential part of the religion' is to be determined with reference to is doctrines, practices, tenets, historical background, etc. The religious practice has to constitute the very essence of that religion, and should be such, that if permitted, it will change its fundamental character. It is such permanent essential practices which are protected by the Constitution. It is also evident that immunity under Article 26(b) is provided not only to matters of doctrines or belief, but extends to acts done in furtherance of religion such as rituals, observances, ceremonies, modes of worship, which are considered to be fundamental parts of the religious practices. What is required is, that the such religious practices should be an essential and integral part of it and no other"

Moreover, it goes to the 'essential functions test' in Para 30 and `is an essential and integral part of Islam' in Para 31!

To add to it - in Para 30 it admits that the tests are separate - "Essential part of a religion means the core beliefs upon which a religion is founded and essential practice means those practices that are fundamental to follow a religious belief".

Interestingly, the Constitution does not mention the term “essential religious practice”: it grants protection to the right to practice, profess and propagate one’s religion, not just to engage in the “essential practices” of religion. The judge centric use of tests in the sampled judgments in the introductory layout of this article since 2014 proves the confusion & that time has come to check the selective & purposive use of the tests to check religious freedom.A ray of hope seems to be in the Sabarimala entry case, pending 7 judge reference in Hindutva Judgments (1996) & pending reconsideration of Saifuddin (1962) in Central Board of the Dawoodi Bohra Committee (2005). Nevertheless, the tryst of religious freedoms continues. As pen-pushers,we hope for the best, fingers crossed!

[The opinions expressed in this article are the personal opinions of the author. The facts and opinions appearing in the article do not reflect the views of LiveLaw and LiveLaw does not assume any responsibility or liability for the same]
Tagsban on women's entry Bombay High Court Dr.Noorjehan Safia Niaz vs State of Maharashtra Haji Ali Durgag Women's entry
Next Story
Similar Posts
+ View more
Law Firms
+ More