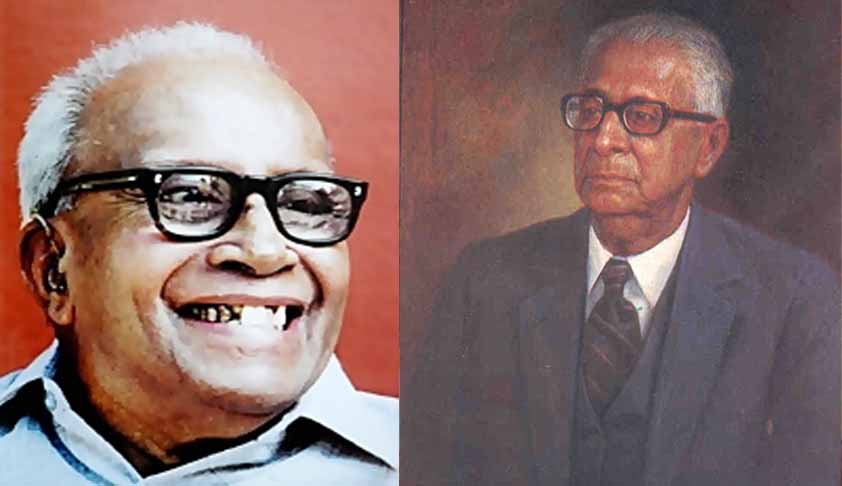 I recently had a conversation with my friends on how Justice Hidayatullah imposed a fine of Rs. 50 for contempt of court in 1970 on a former communist chief minister. None of us then realised that this month celebrates 108th year of that politician’s birth.The first elected communist government in the world was formed in Kerala in 1957 when Sankaran Namboodiripad was appointed as its...

I recently had a conversation with my friends on how Justice Hidayatullah imposed a fine of Rs. 50 for contempt of court in 1970 on a former communist chief minister. None of us then realised that this month celebrates 108th year of that politician’s birth.

The first elected communist government in the world was formed in Kerala in 1957 when Sankaran Namboodiripad was appointed as its first chief minister. Born in 1909 to an affluent Brahmin family, he was cushioned by Brahmin deities. Namboodiris occupy a very high position amongst all other communities and have maintained cordial relations with the ruling establishment for long.

His leaning towards the Left at last culminated into membership of the Communist Party of India in 1940, and Sankaran emerged as EMS Namboodiripad.

Ten years later, after Independence and a sustained political movement, he was sworn in as the first chief minister of Kerala in 1957.

Then Prime Minister Jawaharlal Nehru was not immediately alarmed at the prospect of communists in power, but later on he realised so and in the next two years, a manufactured law and order crisis overwhelmed Kerala to justify the imposition of President’s rule in 1959.

Nevertheless, EMS refused to be cowed, and 10 years later, during his second stint in power, land reforms became a reality.

It was during his tenure then as the Chief Minister on 09.11.1967, that EMS at a press conference in Thiruvananthapuram gave his famous ‘Judiciary as an instrument of oppression’ speech based on teachings of Marx and Engels.

Based on reportage of the event in Indian Express, an advocate of the High Court of Kerala commenced proceedings.

EMS filed an affidavit explaining his press conference, stating that he did not offend the majesty of law, undermine the dignity of courts or obstruct the administration of justice.

Instead, he argued that what he said was a fair criticism of judiciary and covered by freedom of speech and expression.

The high court in 1968, by a split verdict of 2:1, found him guilty of committing contempt of court.

Justice Mathew dissented. Justice Raman Nair and Justice Krishnamoorthy Iyer convicted and sentenced EMS for a fine of Rs. 1,000 or simple imprisonment for one month.

Under the certificate granted as per Article 134(1)(c) of the Constitution, the matter reached the doors of the Supreme Court. A bench comprising Justice Hidayatullah, Justice Mitter and Justice AN Ray in 1970, in a very interesting judgment, held that EMS’s understanding of Marx, Engels and Lenin was incorrect and that he stood ‘misguided’ and ‘misunderstood’.

Through an arguably incorrect judgment authored by Justice Hidayatullah, the Supreme Court also convicted EMS, however, reduced the fine to Rs. 50.

I do not wish to comment on the merits of the case, but I must today revisit certain observations made by Justice Hidayatullah while convicting and sentencing a political leader by inserting his own understanding of the issue.

My friend pointed out during our conversation that judges must not decide on the basis of their views.

It is exactly what happened here. Let us see how: In Para 15 onwards [(1970) 2 SCC 325] when Justice Hidayatullah instead of checking whether what EMS said amounted to scandalising the court, went ahead with a lecture on interpreting Marx, Engels and Lenin.

Justice Hidayatullah wrote the next 13 paras, supplanting his views on the subject, and in Para 28 came to a conclusion that either EMS did not know or he deliberately distorted the writing of Marx, Engels and Lenin for his own purpose.

Instead, with greatest respect to the institution, if the way EMS interpreted communist teachings was incorrect, Justice Hidayatullah was equally unjustified in convicting a citizen based on how he interpreted the same teachings by same people!

Although how Justice Hidayatullah supplanted his views on class struggle, bourgeoisie, proletarians and his interpretation of history of domination of ruling class is debatable, it was incorrect to insert his observations and instead of judging the matter on the contours of free speech and contempt of court. Nevertheless, much water has flown below the bridge and now history carries in its sweep that a true leader of the masses was convicted because of expressing his views.