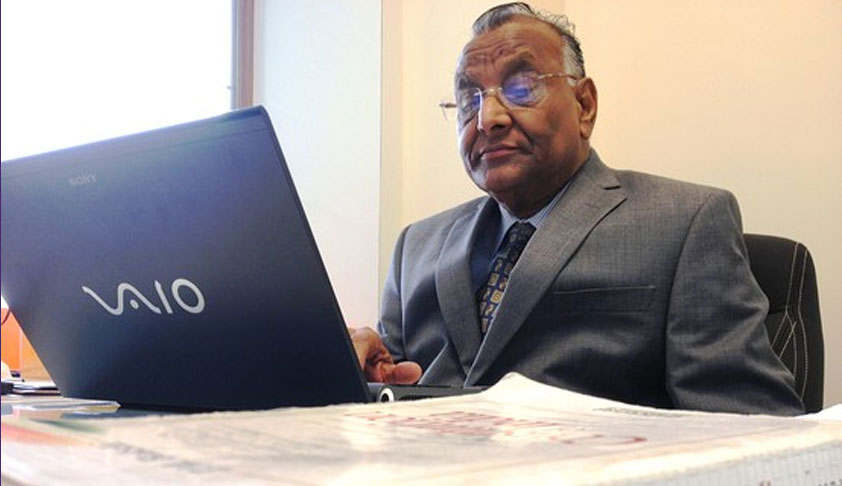 Former Acting Chief Justice of the High Court of Karnataka Dr Justice GC Bharuka passed away in New Delhi in the early hours of Thursday.He was born on 15.06.1941. After completing his studies, he started law practice in 1968 from Patna High Court. He was designated a senior advocate in 1984, elevated to the bench in 1990 and later transferred as a judge of the Karnataka High Court in...

Former Acting Chief Justice of the High Court of Karnataka Dr Justice GC Bharuka passed away in New Delhi in the early hours of Thursday.

He was born on 15.06.1941. After completing his studies, he started law practice in 1968 from Patna High Court. He was designated a senior advocate in 1984, elevated to the bench in 1990 and later transferred as a judge of the Karnataka High Court in 1994. During his term at the Karnataka High Court, he was also the Acting Chief Justice. He retired in June 2003.

Justice Bharuka’s passion and dedication towards implementation of information technology in the Indian courts led to the use of computers for the first time in Patna High Court in 1990. While in Karnataka High Court, he automated the judicial system in Karnataka right from subordinate courts at all levels upto the high court.

While as a sitting high court judge, Justice Bharuka undertook his doctoral studies at the National Law School of India University, Bangalore, and completed his thesis in 2003. This was published as a book titled ‘Rejuvenating Judicial System through E-Governance & Attitudinal Change’, Wadhwa & Co, 2003. In his foreword to the book, Justice MN Venkatalachaiah said: “The most impressive contribution of Justice Bharuka is the ‘State-of-the-Art’ blueprint he has furnished for the fusion of the reformed justicing processes with information technology and e-governance.” He went on to say that, “The Indian trial system badly needs Justice Bharuka’s agenda.”

In 2004, accepting the Karnataka system as the role model, the Union Cabinet, on a recommendation of the Hon’ble Chief Justice of India, formed e-committee appointing Justice Bharuka as its chairman for formulating a National Policy and Action Plan for Information and Communication Technology Enablement of the Indian Judiciary and suggest measures for management related changes. In August 2005, he submitted the National Policy and Action Plan to the Hon’ble Chief Justice of India. The project for ICT enablement of the judiciary envisioned by him was launched by the Hon’ble Prime Minister of India on 05.10.2005.

He was a regular visiting faculty in the National Judicial Academy, Bhopal and Chanakya National Law University, Patna.

His work on judicial reforms was internationally recognized. He was engaged as an external consultant by the Asian Development Bank for its India Administration of Justice – Technical Assistance Report based upon his expertise and experience in the area of judicial reforms (2003-04). He was also engaged by Delloitte India as an external consultant for improvement of the judicial system in Kenya through e-governance (2008-09). He was engaged by PricewaterhouseCoopers as project leader in a UNDP project for process mapping of criminal justice system in Bangladesh and suggesting ways for implementation of ICT (since 2014). In 2013-14, the World Bank engaged him in their project for studying land governance in India and preparing a national document. Justice Bharuka was involved in module concerning dispute resolution.

He was awarded the Skoch Challengers Award for ICT in Judiciary in March 2006.

Justice Bharuka made his mark by his pioneering work in the introduction of computers in the Indian judiciary. His vision of creating a judicial data grid and ensuring proper use of case management and caseflow management reflected in his thesis has been path-breaking. His visionary national policy and his contribution to judicial reforms in India, especially through the use of computers, would be well-remembered.