Remembering Justice Tarkunde: A Crusader For The Cause Of Civil Liberties 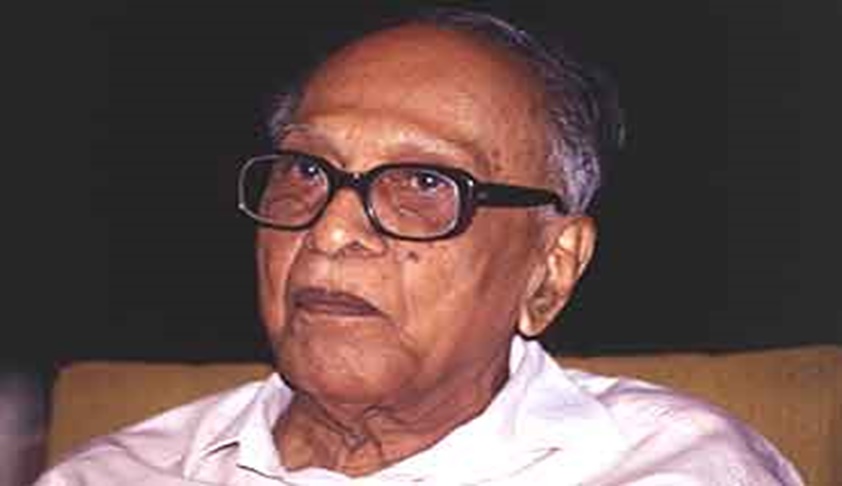 Today is the 108th Birthday of Justice TarkundeToday, when the country is passing through a severe stress on the state of Human Rights in different dimensions, we remember the role and contributions of Justice Tarkunde on his 108th birthday.After the passing away of Tarkunde on March 22, 2004, the country has faced Human Rights issues under different regimes.From time to time, the civil...

Today is the 108th Birthday of Justice Tarkunde

Today, when the country is passing through a severe stress on the state of Human Rights in different dimensions, we remember the role and contributions of Justice Tarkunde on his 108th birthday.

After the passing away of Tarkunde on March 22, 2004, the country has faced Human Rights issues under different regimes.From time to time, the civil liberties movement has been responding to such challenges. Time has come to consider the responses of the civil liberties movement to the enormous challenges posed by different state as well as non-state agencies. The current situation portrays an abysmal shrinkage of democratic space in different parts of the country.

Kashmir seems to be the worst affected State in the context of human rights violations. The perceptions between the civil society and the Central and State Government authorities seem to be antagonistic. Each one has a different narrative with regard to most of the events taking place in the State. The Union Government feels that it is dealing with a situation of insurgency, and thus, repressive measures like the use of pellet guns and draconian laws like the Armed Forces Special Powers Act are justified. Plea for moderation and dialogue at the ground level by the democratic opinion in the country remain unheeded. While the situation in the State of J&K has attained an explosive state, the distress and turmoil in the agriculture sector has also become extremely acute. In different parts of the country, the farmers are taking to the streets in protest of the crisis in the farm sector. Instances of farmer suicide in large scale are also indicative of the acute distress in the rural sector. The response of the State Governments in dealing with such protests is causing deep concern among the people who hold the cause of freedom dear to their heart. The latest development of the use of pellet guns on the farmers’ protests is something no civilized country can countenance.

Against this background, we remember the inspirational thoughts and role of Tarkunde and can imagine what would have been his response to the present crises in the country.In a span of seven decades of active political life, Tarkunde’s role as a political activist, a jurist and a crusader for the cause of civil liberties will certainly inspire the toiling people and the youth dedicated for the cause of social emancipation. Tarkunde’s persona was imbued with exemplary enthusiasm for the cause of freedom and civil liberties.

Tarkunde had his political baptism in the freedom struggle of the country and was elected to the All India Congress Committee, in the year 1933-34.  He joined the Congress Socialist Party (CSP) in the thirties and subsequently became General Secretary of the Radical Democratic Party (RDP) under the guidance of M.N. Roy, a great revolutionary thinker. Throughout this period, he was a full time political worker.  After the Radical Democrats decided to disband their party to become a movement, Tarkunde with his previous legal background returned to active practice as a Barrister in 1949.   Within a period of ten years, he was elevated to the Bombay High Court and was widely known as a judge who administered law imbued with justice and equity. After his resignation from the Bench, Tarkunde came to Delhi in 1969-70 and joined the Supreme Court Bar as a Senior Advocate.

The country, that time was witness to repeated onslaughts on the judicial independence in the form of supersession of Supreme Court Judges.  Preventive Detention laws were promulgated placing democratic rights under severe strain. Political dissent and trade union rights were curtailed.  Against this background, the Citizens for Democracy was formed with Jaya Prakash Narayan, M.C.  Chagla and Tarkunde as the founders.  But the Citizens for Democracy had its inherent weakness by making the organization a forum exclusively for the non-party people.

In June 1975, with the declaration of internal emergency, the founders of Citizens for Democracy realized that without the active participation of political activists, effective resistance to the emergency regime was not possible. Therefore, People’s Union for Civil Liberties and Democratic Rights was formed in October 1976 to make the civil liberties movement broad based, where political activists belonging to different political persuasions could play an effective role in the resistance to the emergency regime.

During emergency, Tarkunde and his colleagues courageously took up the cause of political prisoners, freedom of the press and judicial independence. His defence of Kuldip Nayar, the foremost fearless journalist before the Delhi High Court is a landmark precedent in judicial history. The bench which directed the release of Kuldip Nayar from preventive detention, consisted of Justices S. Rangarajan and R.N. Aggarwal. For their bold judgment, the Hon’ble Judges had to suffer punitive action by the executive. Justice S. Rangarajan was transferred to the Guwahati High Court and Justice R.N. Aggarwal, who later became the Chief Justice of Delhi High Court, was demoted to the post of District Judge in Delhi.This was representative of the executive arrogance to instil fear and infringe into the domain of judicial independence during emergency.

Under the chairmanship of Tarkunde, Civil Rights Committee was formed to investigate into the killings of communist revolutionaries in Andhra Pradesh in fake encounters. The committee included eminent Gandhians like Nabakrishna Chowdhury, former Chief Minister of Orissa,Kaloji Narayan Rao and eminent journalists like B.G. Vergese and ArunShourie.  The committee recorded extensive evidence and issued two reports in May and June, 1977, establishing the fact of fake encounters, and giving the details of the killing of 16 boys who were labelled as “naxalites”.

In 1977, Tarkunde was appointed Chairman of the Indian Red Cross Society.  In 1977-78, he also headed the Civil Rights Committee which looked into more than 80 instances of fake encounters in Punjab. The report on fake encounter in the Punjab made people aware of the killings of the communist revolutionaries in cold blood between the period 1972-77. Tarkunde, GobindMukhoty and K.G. Kannabiran defended and secured the release of D. Nag Bhushan Patnaik, a widely respected naxalite leader, from the Supreme Court.

In 1979-80, Tarkunde took the initiative in organizing the Peoples’ Union for Civil Liberties (PUCL) into a broad based civil liberties movement. During this period, with the active cooperation of activists committed to struggles at the grass root level, PUCL emerged as an organization defending the rights of the struggling masses.  Civil liberties movements with Tarkunde as its guide radicalized itself by identifying itself with various struggles in the country.  Tarkunde emphasized the role of PUCL as a defender of the rights of the struggling people to organize and defend their rights.

In 1984, the Operation Blue Star and assassination of Mrs. Indira Gandhi, the then Prime Minister, culminated in the killing of thousands of Sikhs throughout the country which shocked the world community.  Tarkunde with other civil liberties activists boldly came forward against the mass scale violence. A report on the Punjab situation was published bringing out large scale violation of human rights.  For this publication, Amiya Rao, N.D. Pancholi and Aurobindo Ghose were arrested and the report was proscribed by the Central Government.  Tarkunde remained steadfast on the face of the state assault.  This period also was marked by widespread suppression of civil liberties in the Northeast.

In the later part of his life, Tarkunde devoted himself to the cause of restoration of democratic process and human rights in Jammu and Kashmir.  For his relentless championing the cause of freedom in J & K, Tarkunde invited the bitter wrath of the national chauvinists.

Simultaneously, with the struggle for human freedom, Tarkunde was espousing the cause of peace as a national policy towards China and Pakistan.  He was critical of the ever-increasing defence budget.  He used to often say that friendly relations with China should be the cornerstone of India’s foreign policy.

The events leading to the demolition of Babri Masjid and the ensuing communal divide in the country made Tarkunde a sad person. Consistently in all his writings and speeches, he kept on emphasizing the growing threat of communal fascism as the chief danger to our secular and national fabric.

While recounting the crusading zeal of Tarkunde for the cause of freedom and civil liberties, one will always remember his sterling humane qualities which made him above all a fine human being.  He was always available with a smiling face for anyone with a right cause.   His legacy of struggles for human rights will continue to inspire hope in the young generations.