Remembering Justice Verma: The Man That Was 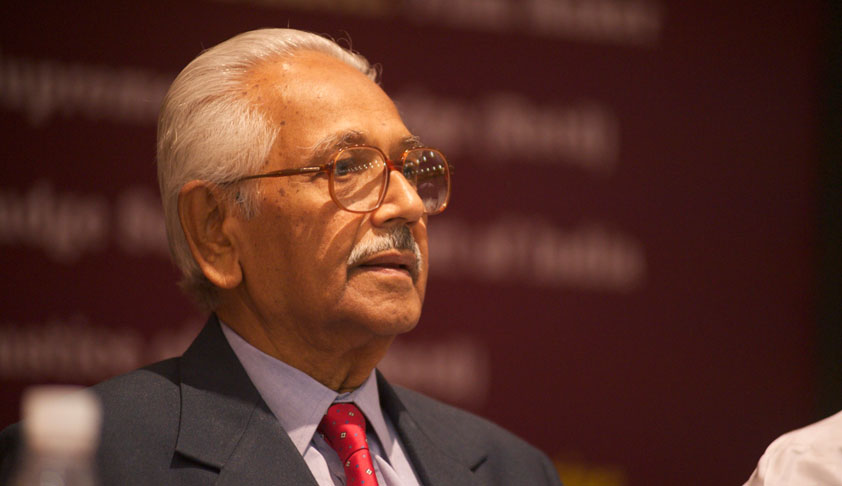 Justice Jagdish Sharan Verma was the 27th Chief Justice of India. A Judge whose actions have always been commensurate with his position, he unfortunately passed away, during this time, last year and is now being considered for Padma awards posthumously. In this maze of judicial misconduct, he was one of the few men who lived and died with a notably good reputation.

The man gave the Indian Legal arena a plethora of judgments, guidelines and laws, like the Vishaka Judgment, the Criminal Law Amendment Act, 2013 or his rather staunch support to the Right to Information Act, 2005 or outlining the foundation of Juvenile Justice Act in India, thereby changing the Indian legal landscape for the good.

He was born in Madhya Pradesh, in a family of 7 brothers and 3 sisters. He did his LLB from Allahabad and began his legal career in the year 1955, right after independence.

He became a judge in the Madhya Pradesh High Court during 1972. From there on, he began his illustrious judicial career, stepping one stone at a time. He was also the Chairman of National Human Rights Commission.

During the dark hours of emergency, he was one of the few judges who came to the detainees rescue by accepting the habeas corpus writ petitions.  Even as the test of reasonableness in relation to article 14 of the constitution was specified in Maneka Gandhi v Union of India case, in the case of Kumari Shrileka Vidyarthi v. State of U.P. & Ors,  he outlined that state action by any instrumentality of a state could not be arbitrary. It was through the dictum in the Second Judge Case i.e. Supreme Court Advocate on Record and Others v Union of India, that the foundation of collegiums system of judicial appointment was laid out in India. The idea and definition of secularism was prolifically stated through the Ayodhya Judgment and reliance was placed on various articles of International Covenants like the International Covenant on Civil and Political Rights to afford a compensatory remedy in the case of Smt Nilabati Bahera v State of Orissa.   He often received criticism for being a part of the Hindutva Judgment wherein the Supreme Court overturned the Bombay High Court verdict which found Bal Thackeray’s speeches then to be violative of the election rules as they intuited hatred and enmity. However the Supreme Court clarified that mere reference to Hindutva in speech itself would not be contrary to the rules; instead it was the context which mattered.

The judge in K Veeraswami v Union of India quoted that “Judicial activism can supply the deficiencies and fill gaps in an already existing structure found deficient in some ways, but it must stop short of building a new edifice where there is none”, he also believed and stated the same in the landmark S R Bomai v Union of India judgment, that judicial review or judicial scrutiny had to be exercized with caution and restraint.

It is interesting and often ironic to see the latest developments in the areas of law, that this man fundamentally contributed to. He was behind the famous Vishakha judgment which provided guidelines for dealing with sexual harassment cases at workplace in India, since there was no law to address the same. Last year December, 9, 2013 saw the Indian legal canvass witnessing its first law to deal with sexual harassment at workplace. The law though is not gender neutral and suffers from problems of practical implementation and yet sexual harassment now is an offence under section 354A of the Indian penal code and section 2(o) of the sexual harassment at workplace act. J S Verma headed the committee responsible for amending India’s criminal laws. The new Criminal Law amendment Act which is in place takes after the suggestions of the 603 page report given by this committee. Indian Penal Code was amended to include new offences like disrobing, stalking and voyeurism. Though the Verma Report was against death penalty and made marital rape an offence, the law falls behind on those suggestions. Justice Verma laid the foundation of Juvenile Justice Act. Last year after the Delhi Gang Rape Verdict, there was a huge uproar and forced considerations to amend the Juvenile Justice Act to change the age of juveniles etc. It’s a long road ahead from here and someone needs to step into Justice Verma’s shoes of judicial probity and legal acumen to address the same.