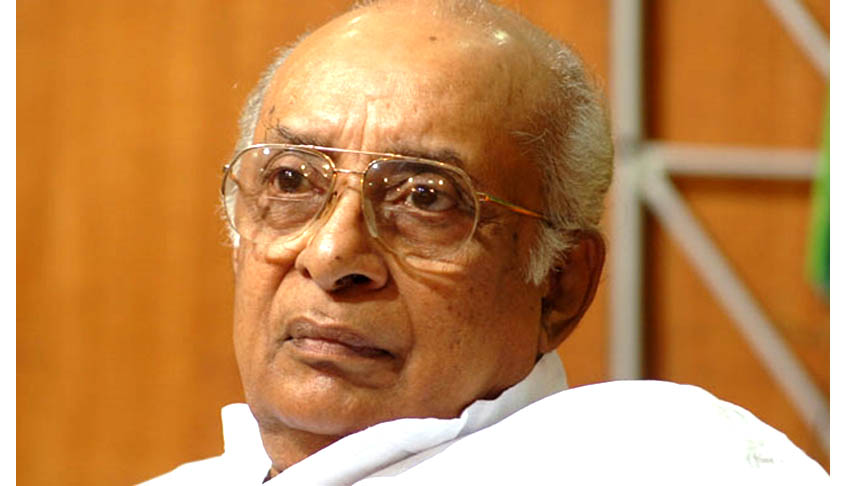 Every Student of Law in India should be told even during the beginning of his legal education about two decisions which, according to me, veritably saved the Indian Constitution. The first is Keshavananda Bharathi case, and the second is Maneka Gandhi case.   The first is a pre emergency decision rendered during the reign of Indira Gandhi. A powerful executive succeeded in bringing...

Every Student of Law in India should be told even during the beginning of his legal education about two decisions which, according to me, veritably saved the Indian Constitution. The first is Keshavananda Bharathi case, and the second is Maneka Gandhi case.   The first is a pre emergency decision rendered during the reign of Indira Gandhi. A powerful executive succeeded in bringing the Parliament under its thump and both the Parliament and the executive joined together to bring under its control every other institution created by the constitution.  A legal fight followed and the Supreme Court held that Parliament is not supreme; but the Constitution is higher and supreme and hence Parliament cannot change the Constitution through its amending powers in such a way as to mutilate its basic features.

I well remember how Nani Palkiwala, the most indomitable forensic doyen of independent India, presented his points before a mega bench of 13 judges.  The national dailies published extracts of the superb arguments advanced  by him with all vivid details.  In the course of his arguments Palkiwala asked, can the Parliament use the amending powers to convert the office of Prime Minister as a hereditary post?  Can Parliament alter Indian democracy as monarchy?  Can

the Parliament convert India into a theocratic republic?  Can the Parliament extend the tenure of the then Lok Sabha upto 50 years?  The only answer to all such questions could be an emphatic ’No’. It was evident that no sane Parliament of a secular democracy could make such amendments. It was in the above background, Palkiwala propounded the theory of inherent limitations on the power of Parliament to amend the Constitution as they like.

In the counter arguments made by H. M. Seerwai, he tried to meet the points raised by Palkiwala by contending thus:-  “You cannot presume that members of parliament would loose their balance.  You have to presume that Parliament would always be sane”.  He described every Member of Parliament as elected by the people and hence sobriety and responsibility must be attributed at least to a vast majority of them.  He argued that since no responsible parliament would even think of making amendments in the manner feared by Palkhiwala, there is no need to answer the questions posed by him.

Indira Gandhi who hated the decision (because during those days the Parliament was under her control) began the operation to get it annulled. She virtually compelled four of the seven judges who formed the majority to step down from the Supreme Court.  Of course one of them (Chief Justice Sikri) had retired next day.  Others had to resign to save their self respect.  When those strong and fearless judges stepped down from the Supreme Court, Indira Gandhi immediately moved the Supreme Court challenging the verdict of the majority by filing a petition to review that decision.

Justice A.N. Ray who was hand picked by her as the new Chief Justice constituted a new bench of 13 judges.  She and the new Chief Justice were most confident that the great verdict in Kesavananda Bharati could be smashed and buried fathom down.   When the new bench sat to hear arguments on the review petition, the indefatigable Palkiwala raised a preliminary objection.  He argued for the whole day.  I could not be present to hear that historic argument, but those who heard it later recounted that Supreme Court of India had never heard and would never hear again in future such a brilliant and resounding legal peroration.  Nani Palkiwala warned the judges that if the majority view in Kesavananda Bharathi is tempered with, the posterity would not forgive them because it was by God’s grace that the great Constitution of India was saved though only with the narrowest majority. The result of Palkiwala’s most

monumental harangue happened to be mesmeric.  When all the judges retired to the attic chamber, twelve of them told the new Chief Justice that they would not be parties to overturn the historic verdict in Kesavananda Bharati. Next day when the bench assembled again to hear the review petition, Chief Justice A.N. Ray announced his administrative order “this review bench will stand disbanded”  Neither he nor any other CJI  thereafter dared to board that review petition ever again.  Thus Indian Constitution stands saved once and for all from any possible mutilation in future.

From the NUALS Convocation Address

Published with the permission of Justice K.T.Thomas