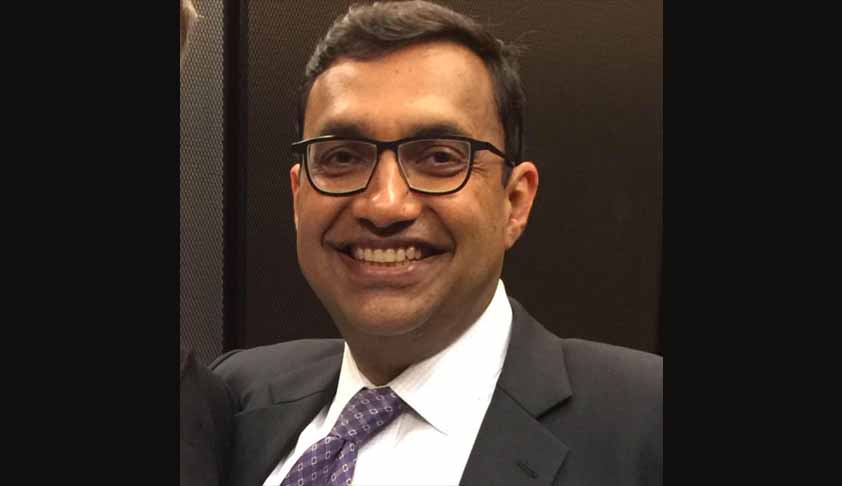 All those who knew Kirtee Kapoor, personally and professionally, are yet to come to terms with the untimely, shocking and tragic end to his inspiring life. An Inlaks Scholar, Kirtee was one of the first of a new generation of lawyers trained in India to break the glass ceiling and become a Partner at one of the top international law firms.My journey of mentorship under Kirtee began while I...

All those who knew Kirtee Kapoor, personally and professionally, are yet to come to terms with the untimely, shocking and tragic end to his inspiring life. An Inlaks Scholar, Kirtee was one of the first of a new generation of lawyers trained in India to break the glass ceiling and become a Partner at one of the top international law firms.

My journey of mentorship under Kirtee began while I was studying for Bachelors of Law (LLB) degree at Campus Law Center (University of Delhi) where he was my senior. Kirtee was a well-respected meritorious student, while I was a law freshman grappling with uncertainties of pursuing a career in law at a time when it was not considered a viable option. I vividly remember my conversations with Kirtee in the early years of being a law student and how as the Editor-in-Chief of the Student’s Law Review and The Moot Court Society President, he encouraged me to actively participate in moot courts. He sensed my lack of direction and took it upon himself to mentor me in ways not many seniors would bother to or make the time for. While Kirtee topped his batch and quickly moved to Oxford in 1997 to pursue BCL, I got busy in building my moot court experiences (and wins) motivated by my interactions with him. As I graduated in 1999, Kirtee completed his LLM from NYU with a stellar record and was selected by the elite global law firm of Davis Polk & Wardwell for their New York office.

Kirtee’s professional success and meteoric rise was entirely self-made. He owed it to his diligence, hard work and innate intelligence. The fact that he remained untouched by his own success helping everyone who came in contact with him, speaks volumes about the person he was. As my legal career took hold at Anand & Anand, New Delhi, in the exciting and challenging practice of intellectual property, my academic pursuits took me to US for my LLM and subsequently to NYC. I was not entirely sure if Kirtee would remember me- having become busy in his extremely demanding work life, but I took a chance and reached out to him. He responded to me promptly with his trademark warmth and enthusiasm and graciously invited me to visit his plush offices in NYC. With time our acquaintance transformed into a long-lasting friendship, credit for which goes to his effortless warmth and large heartedness. When the time came for me to appear for the New York Bar Examination, an intimidating experience for someone who had not obtained the Bachelors’ degree in law from US, Kirtee stood by me like a rock and helped me build confidence and mental strength to clear the exam. I recall how happy he was when I qualified the bar exam in the first attempt; and invited me to celebrate it with him and Sushma, his batchmate and wife, in their home. The phase of 2002/2003 post- 9/11 attacks was the toughest for job seekers and I was a struggling foreign legal intern at NYC with no pay & benefits. When I ran out of money, Kirtee stepped in and lent me money with a smile and kindness, that was his hallmark. All through my internship phase he never failed to encourage me and would often say, “Keshav, you will make it, you have to believe in yourself”. From landing an Associate Attorney’s role in an NYC law firm, to subsequently returning to India to re-start a new phase of life, he remained in close touch.

As my career progressed, Kirtee continued to stay in contact and guide me despite the intervening years and the distance. He was elated about my joining Microsoft in 2007, and when the company moved me to Singapore in 2012, Kirtee took pride at the prospect of me taking on a larger regional role. Whether it was taking the time to meet during his short and busy business trips or welcoming me in his home during my work trips, Kirtee continued to check-in on me and my family, advising on my career, and never forgetting to mention how proud he was of my journey so far.

From being a senior with whom I had no prior connection, he went on to become a guide, mentor and well-wisher. More than his many professional accomplishments, it was Kirtee’s optimism, warmth and unconditional support which he offered to all his friends, that set him apart. He will continue to inspire me and everyone whose lives he touched. His short eventful life epitomized a timeless wisdom, “Learn perfectly all that you learn, and Thereafter keep your conduct worthy of that learning.”

As I write this tribute, my thoughts and prayers are with Kirtee’s family and loved ones in this moment of grief, loss and sadness.

Thank you and so long, my friend.