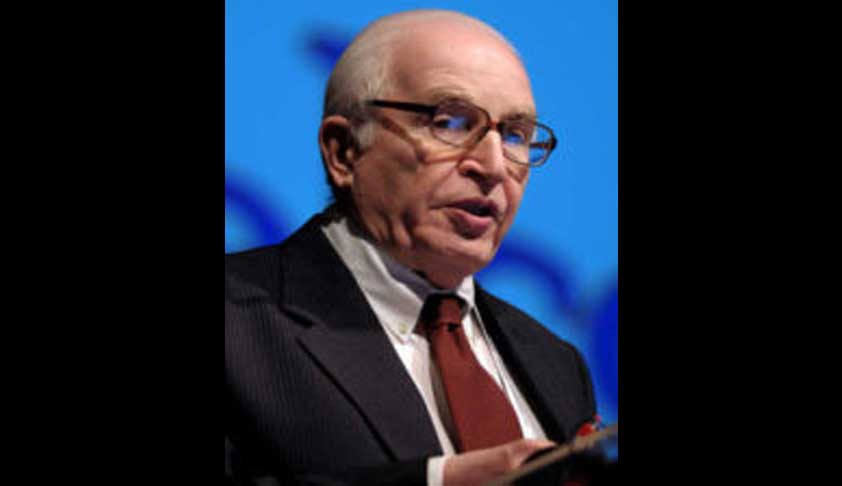 I first met TRA at my college - Campus Law Centre, Delhi University, where he gave his famed lecture on judicial activism and his rendition of the Kesavananda Bharati case.I went up to him after the lecture and introduced myself, after which he asked me, “Gujarati aavdeche?” The conversation ended on a good note.When I next met him while wandering the Supreme Court corridors, he gave me...

I first met TRA at my college - Campus Law Centre, Delhi University, where he gave his famed lecture on judicial activism and his rendition of the Kesavananda Bharati case.

I went up to him after the lecture and introduced myself, after which he asked me, “Gujarati aavdeche?” The conversation ended on a good note.

When I next met him while wandering the Supreme Court corridors, he gave me his trademark “Hello” greeting and asked me how I was doing.

I told him I was in search of an internship and he immediately offered me a place in his chambers, such was his kindness. And thus started my magical journey in the Supreme Court with TR Andhyarujina, one of the most distinguished gentlemen at the Bar and a gem of a person.

TR Andhyarujina was born in Mumbai and married Harvard graduate Silo Andhyarujina. He was a brilliant scholar and entered the Bar as HM Seervai’s junior, going on to working on the famous Kesavananda Bharti case with Seervai sir, on which he later published a book.

In 1993, he became Advocate General of Maharashtra and later Solicitor General of India in 1996.

He was Chairman of the Committee on Banking Laws appointed by the Government of India in 1998.

As an intern, I had the privilege of working on such cases and attending conferences, tribunals and what struck me was that he always treated everyone with utmost politeness, especially in his trademark Bombay style of speaking Hindi.

On the second day of my internship, he called me to his Supreme Court chambers and asked me my family background. Upon coming to know about me being Justice ST Desai’s great granddaughter, he was delighted and highlighted some of his experiences with Justice Desai.

After that whenever we met some of his colleagues, including Fali Nariman and Madhavi Diwan, he always introduced me and gave my family background, helping me rebuild a lot of my family’s contacts.

This later on helped me get several internships and recommendations, especially with Cyril Shroff, Anand & Anand and Umesh Rana at Gagrat & Co.

TRA always encouraged me to go to lawyers who had full service law firms and hence, helped me get a wide experience in a short time.

In summers, he invited me to work at his son’s chambers in Bombay.

His son, Zal, is a Rhodes Scholar from Oxford and one of the best lawyers in the Bombay High Court.

While I was there, TRA once came to visit the Bombay High Court and I could see firsthand the respect he garnered from the legal community.

Everyone came to pay their respects to him and for hours later, several people came to Zal, too, and conveyed how pleased they were to see his father.

In the Supreme Court, his sound reputation made senior judges seek his opinion and respect his integrity. This seems to have passed on to Zal also.

Our last conversation was about working in corporate law and when he heard of my passion for big law, he unhesitatingly recommended my name to India’s best lawyers and even took the pains of writing my recommendation – suo motu.

I regret not being able to spend more time in his chambers under his pupilage, but as memories flash today: of him showing his library or advising me on books to read or asking my opinion on SLPs, my only wish is that I had a photo with him, my Godfather.