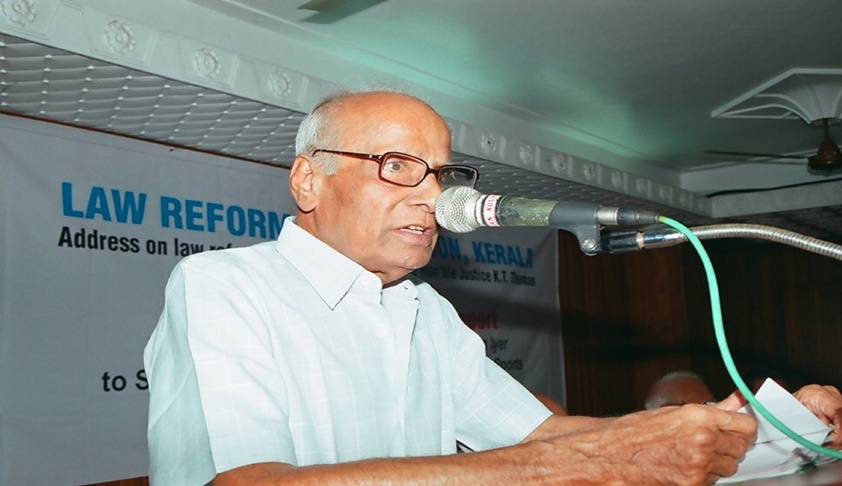 It is been five years since TP Kelu Nambiar, senior advocate of the Kerala High Court, left us all for his heavenly abode. An expert in constitutional law, advocate Nambiar was a member of the Kerala Law Reforms Commission and author of several books.

A lawyer and law teacher, he had enrolled in the Madras High Court in 1954. He wrote several articles and appeared in many important cases. He had the courage to criticise judgments, even that of Justice VR Krishna Iyer, and was respected by the entire legal fraternity. He actively worked with Justice VR Krishna Iyer as a member of the Kerala Law Reforms Commission. Some extracts from the writings of Justice Krishna Iyer about the advocate are given below:

“Sri TP Kelu Nambiar is a senior among seniors and is a critical judge of the judges and a catalyst of new thought. He is an institution who is firm on fundamentals and up to date among the latest jurists. Alladi and Srinivasa Ayyengar were no greater in the Madras Bar than Nambiar is in the Kerala Bar.[1]

Kelu Nambiar is among the foremost leaders of the Kerala Bar judged by his courage forthright expression of his opinion and the art of finer advocacy and is my sincere opinion second to none including the Bar of the Supreme Court of India.

Kelu Nambiar is a picture of authentic and powerful advocacy.  Nothing should be done to silence such a leader. Our sentiments are the same.

On an occasion, senior advocate Kelu Nambiar had said: “A dynamic tradition never stops or slackens. It nourishes, transforms, shapes and furthers. Tradition is hard to beat. And that is Kerala High Court’s biggest advantage. Let us strive to make Kerala High Court the flagship High Court of the Country. [2]”

Though he left us on September 16, 2012, at the age of 86; his contributions, by way of articles, speeches, advices and the round table in the Advocate Sri Ayilliath Achuthan Nambiar Gallery sponsored by him in remembrance in the senior advocates’ room of Kerala High Court, are still there and cannot be replaced.

[1]Extracted from the writings of Justice VR Krishna Iyer.

[2] Extract from the special address by TP Kelu Nambiar on inauguration of the new High Court building on February 11, 2006.