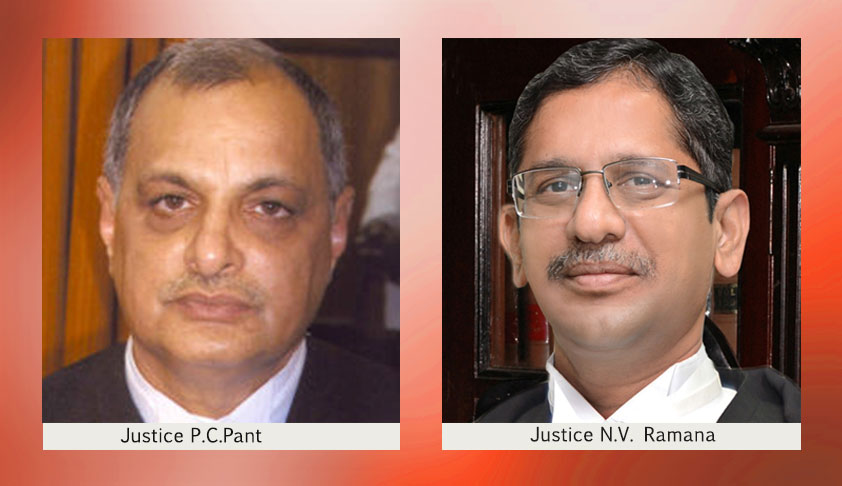 While setting aside the acquittal in an acid attack case, the Supreme Court on Friday opined that Courts, while giving the benefit of doubt to the accused, should not ignore the plight of victims.“The administration of justice has to protect the society and it cannot ignore the victim altogether who has died and cannot cry before it. If the benefits of all kinds of doubts raised on behalf...

While setting aside the acquittal in an acid attack case, the Supreme Court on Friday opined that Courts, while giving the benefit of doubt to the accused, should not ignore the plight of victims.

“The administration of justice has to protect the society and it cannot ignore the victim altogether who has died and cannot cry before it. If the benefits of all kinds of doubts raised on behalf of the accused are accepted, it will result in deflecting the course of justice. The cherished principles of golden thread of proof of reasonable doubt which runs through web of our law should not be stretched morbidly to embrace every hunch, hesitancy and degree of doubt,” Justice Prafulla C. Pant wrote for the Division Bench.

In a concurring judgment, Justice N.V. Ramana opined that “the criminal justice system has not served the deceased from being victimized” in the case at hand. He noted that despite the amendments undertaken in 2013, the number of acid attacks have been on a rise.

“Moreover this Court has been passing various orders to restrict the availability of corrosive substance in the market which is an effort to nip this social evil in the bud.2 It must be recognized that having stringent laws and enforcement agencies may not be sufficient unless deep-rooted gender bias is removed from the society,” Justice Ramana then observed.

The Court was hearing an Appeal filed by the brother of the deceased acid attack victim, challenging an order passed by the Calcutta High Court, wherein the accused were acquitted of the charge under Section 302 of the Indian Penal Code.

Before the incident which took her life, the victim had complained of being raped by one of the accused, and had lodged an FIR alleging the same. Thereafter, “in order to teach lesson to the victim”, the accused barged into her house and threw acid on her.

While he was acquitted of the rape charges, the accused was convicted and awarded death penalty for murder by the Trial Court. This order was then set aside by the High Court, “on hyper technical grounds of delay and laches in the investigation and prosecution”.

The Apex Court, however, opined that the High Court had taken note of minor lapses to acquit the accused, and observed, “In our opinion, it is almost impossible to come across a single case where the investigation was completely flawless or absolutely foolproof. The function of the criminal court is to find out the truth and it is not the correct approach to simply pick up the minor lapses of the investigation and acquit the accused, particularly when the ring of truth is undisturbed.”

The Court opined that the High Court had erred in giving the accused the benefit of the variation in the time mentioned in the framed charges, as such benefit can be given only when it has caused prejudice to the accused in defending himself.

It then set aside the acquittal of one of the accused, observing, “Having heard the submissions of learned counsel for the parties and going through the record of the case, we are of the view that the present case is an example of complete insensitiveness on the part of the police, the doctors and the system towards the victim. The High Court appears to have adopted a casual approach in appreciating the facts, circumstances and evidence of the case, particularly, in a case where the trial court has awarded capital punishment in a sensitive matter.”

The Court, however, reduced the quantum of sentence from death penalty to life imprisonment, noting that neither does the accused have any criminal history, nor is he a continuing threat to the society.

While agreeing with Justice Pant, Justice Ramana went on to rap the doctor for failing to record the victim’s dying declaration, noting that his conduct “needs to be evaluated in light of his utter disregard for professionalism”.

“In criminal cases, doctors inevitably play a very important role, they have a bounden duty to maintain professionalism in assessing situation and arranging for a dying declaration to be recorded. Moreover he should have strictly maintained the case record which is very crucial for successful prosecution. Such good practice, of maintenance of record, is made part of the Indian Medical Council (Professional conduct, etiquette and ethics) Regulations, 2002,” he observed.

Justice Ramana went on to discuss the importance of dying declaration under Section 32 of the Indian Evidence Act, and observed that the “the dereliction of duty in recording the dying declaration and the doctor’s ignorance of medico-legal jurisprudence” was apparent.