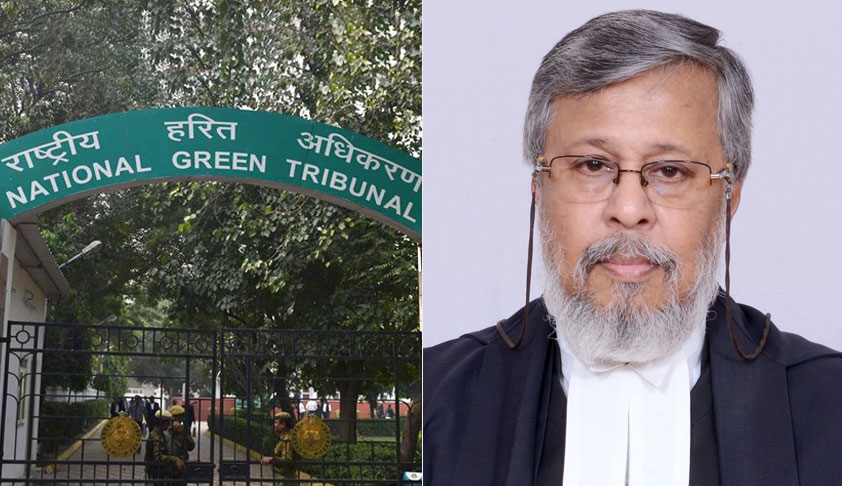 Earlier, the NGT had appointed Justice Vazifdar to head the panel, who subsequently communicated his inability to accept the appointment due to personal reasonsThe National Green Tribunal has substituted Justice SJ Vazifdar, former Chief Justice of Punjab & Haryana High Court, by Justice Tarun Agrawal, former Chief Justice of Meghalaya High Court, to head the committee which will be...

Earlier, the NGT had appointed Justice Vazifdar to head the panel, who subsequently communicated his inability to accept the appointment due to personal reasons

A bench headed by NGT chairperson Justice AK Goel had on August 20 appointed Justice Vazifdar as the head of the three-member panel also comprising representatives of the Central Pollution Control Board and the Ministry of Environment, Forests and Climate Change.

However, on August 28, Justice Vazifdar communicated his inability to accept the appointment due to personal reasons.

“Pending the finalization of remuneration by the Chief Secretary of the State of Tamil Nadu, the Central Pollution Control Board will provide immediate logistic support and organize the visit of Justice Tarun Agrawal, Chairman of the Committee and other members to the site or to the venue of the hearing,” it added.

On August 20, the tribunal had placed before all parties concerned the proposal to remit the matter to an independent committee which can hold sitting in Chennai or even visit the site to have a firsthand assessment.

The parties did not put any objection to the “concept of an impartial and fair consideration of the matter afresh after giving the opportunity to the parties”.

“Accordingly, we are of the view that in substitution of the impugned orders, fresh consideration must take place by an independent body, subject to further orders of the Tribunal,” the bench had said while constituting the three-member committee.

The Tamil Nadu government was told to provide security to the committee and the NGT said, “It will be open to the Committee to hear any interveners. The Committee may, if necessary, visit the site and consider the technical data and take a decision as early as found viable preferably within six weeks after it assumes its working.”

Earlier, the court had refused relief to Vedanta which had challenged the May 28 government order of closure of the plant after locals protested the environmental hazards caused by the unit and 13 people died in police firing on protesters.