Respect All, Suspect All; The fine print of an Advertorial is the eventual dismay of Consumer 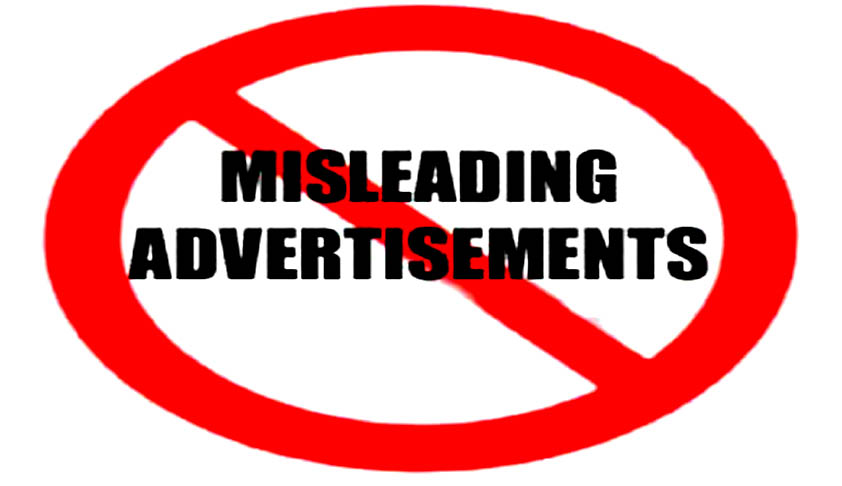 The recent decision by the Central Consumer Protection Council (CCPC), under the chairmanship of Central Minister, Consumer Affairs Prof. K. V. Thomas, to set up a sub-committee devising strategies to deal with frivolous advertising didn’t come a day sooner. Among the concerns raised was peddling of products by celebrities. And the idea of pursuing their complicity is not a far-fetched...

The recent decision by the Central Consumer Protection Council (CCPC), under the chairmanship of Central Minister, Consumer Affairs Prof. K. V. Thomas, to set up a sub-committee devising strategies to deal with frivolous advertising didn’t come a day sooner. Among the concerns raised was peddling of products by celebrities. And the idea of pursuing their complicity is not a far-fetched one given the potential they carry to influence the customers who are most likely to believe them beyond suspicion under their iconic impact.

In this era of boastful advertising, big draw of buyers is a certain fortune in industry as long as the latter is spendthrift with tricky endorsements of its products; and far greater credit accrues to the equivocal narrative in the background, more so, because that provides impunity also from the legal cobweb with relative ease. As long as the glitter is enough to show up for the gold, golden-ethics is the business of others. Such clandestine skulduggery is not confined to some isolated or legally unattended sector of trade and commerce but is the partial, if not in equal measure, reality today across all commercial activities. The practice is more rampant with FMCG products and durable home appliances. The all unsuspecting gullible housewives can be made to believe easily, they think, that their product can grow the hair to imaginable proportions, a face lotion can bring Angel’s shine on the face overnight, the accumulated extra flab around the tummy can disappear instantly with the use of their prescription.  And, despite plethora of legislative horses engaged, in the form of several parliamentary enactments to safeguard it, the devoted cause – that the consumer must remain the king of market – does nowhere show up as having been put together, or in order of law. Away from this preferred disclaimer by the industry that the buyer is forewarned about the latent shortcomings in endorsement of a product or service itself, through some thinly scribed risk clauses, this doesn’t need umpteen repeating that the consumer is not only likely to be cheated but he is deliberately intended to through such sedative marketing.

Allure of a feisty billboard becomes irresistible, they know. But the ensuing reality could end up in irritable bewilderment, we must know. So, before believing literally in tandem with the apparent plot, a brief pause is a ‘must’ suggestion to spill the beans. This could be hardly denied that, apart from widening the horizon to choose from for a utility, the commercials enhance the scope to our reasoned choice why a particular product economically befits to our requirement. And this cost comparison can’t be effective unless we do know about all or most of the available options in the market. But this galore of alternatives, in the same breath, simultaneously tries to take us to some different plane away from the focus on cost scrutiny, and we are taken for a ride unknowingly. The schemes, such as buy one, get one free; 20% extra; sachet pack free with regular size; and many others claiming many a phenomenal gain in the kitty are not some new day surprises any more. Such types of staples, though not sure on their extolled advantages, nevertheless do us help in arriving at the most economical choose. But many others of the ilk may sound just incomprehensible with their motive and language alike.

How a Epson brand refill ink bottle costing rupees 699/- could print 6000 copies when neither the font size of numerals nor writing plan and pattern is clarified, is a puzzle. The company got penalised under the ‘Legal Metrology Act 2009’ since it failed to make the declaration of net quantity, as is mandatory along with any quote of price, but it declared the supposed output instead. How an innocuous condom can enhance the moments of sexual pleasure can be explained but by its manufacturer alone because what we know is as simple as the moments to be dispensed in the game are nowhere defined; and neither standardized, but it is an individually variable experience. When something is just uncertain how can one claim to have it increased or decreased? And here too the manufacturer had to reluctantly dispense with some odd bucks in penalty for this exaggerated information.

And to beat them all, there are builders who can promise the sky to consumers with their skyscrapers. As per provision under section 11 of the LM Act, punishable under section 29, no person will quote anywhere a unit of weight, measure or number otherwise than in the standard units, in relation to goods, things or services, as prescribed under the law. To be more precise, the standard unit in this case is ‘square metre’. But, in order to hoodwink the customers, the industry was hitherto sumptuous in quoting the plot and apartment sizes in ‘square feet’ as the enhanced numeric in smaller unit of ‘feet’, with the resultant shrunk price per unit, is rather a worthy bait to woo the unsusceptible consumers. As the builders were booked on a regular basis in a span of just three months, even the big ones have desisted and fallen in line of law. Now, even the field leaders, like Mahagun, Amrapali, Capital Group, E-Hones and National Building Construction Corporation, either do away altogether or quote the price in legally permitted ‘square metre’ only as they were made to contribute hefty sums in penalty towards state exchequer.

All of us are not unfamiliar with that starred dreadful phrase ‘conditions apply’ at the waning end of advertorials. And the fine print of these illegible clauses is the eventual dismay of consumers. To fulfil these conditions, even if we could ever decipher them therein itself, is next to impossible. So, if the product fails its embellished utility, the condition clause is finely weaved to circumvent the legal cobweb. The hapless consumer is left with no promptly effective alternative saviour to fall upon to redress his grievance. The efficacy of three-tier consumer forums should not be minimised just for the slower pace of affording justice to the victims. But the enforcement of ‘Consumer Protection Act 1986’ will have to evolve apace with leviathan hyperbolism indulged in promotional campaigning.

The story is not going to end any time soon given the inbuilt lethargy in our justice delivery mechanism, and in a system which is prone to take cognisance of crimes only on discriminatory merit. And the all influential media, which is known for making ever big issues on citizens’ sundry rights even at the drop of a hat, will have to shoulder the responsibility that the product publicity telecast must not be without informative ethics and requisite aesthetics; on which they seldom fail to make a big hue and cry in other reportable arena of public life.