Respect All, Suspect All; Top up on MRP? Where does the law permit, beg your pardon, Sir? 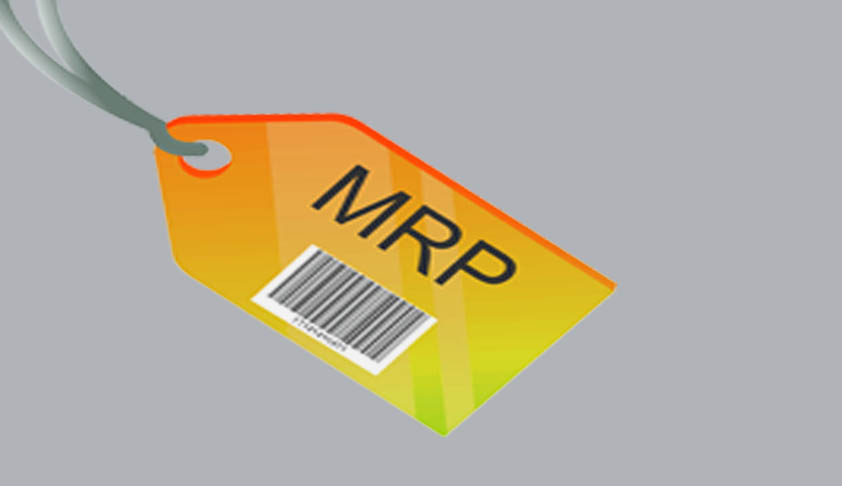 Does it surprise that charging a paltry three rupees in excess of declared ‘Maximum Retail Price’ could cause a commercial entity to pay a hefty sum of five Lakh rupees as punitive compensation under ‘Consumer Protection Act, 1986’? Yes! It did happen in the case against IRCTC as the aggrieved complainant approached the Consumer Dispute Redressal Forum in Delhi when, during the course...

Does it surprise that charging a paltry three rupees in excess of declared ‘Maximum Retail Price’ could cause a commercial entity to pay a hefty sum of five Lakh rupees as punitive compensation under ‘Consumer Protection Act, 1986’? Yes! It did happen in the case against IRCTC as the aggrieved complainant approached the Consumer Dispute Redressal Forum in Delhi when, during the course of his travel in a train, he was made to pay rupees fifteen for a bottle of ‘Mazza’ the MRP of which was printed rupees twelve on it. (Case no. CC/615/12, Forum-VI, Distt New Delhi) The case was considered in the perspective of unfair & restrictive trade practice, by a government company who supply food articles to millions of rail users, who in transit cannot protest or have little choice but to avail services at whatever cost.  The complainant got additionally awarded with a sum of rupees ten thousand towards litigation charges and harassment meted to him, along with having been complimented by the forum.

The dealership of a LPG distribution firm recently got terminated in Ghaziabad, Uttar Pradesh for supplying domestic gas cylinders at higher than the prescribed price to the consumers. The marketing company HP Gas found this practice of overcharging in violation of its ‘Marketing Discipline Guidelines’ or MDG. (Hindustan, Hindi, Ghaziabad, 18 January, 2014)

(1) A trading firm in Moradabad, UP, had to pay rupees twenty thousand towards compounding fee when it was booked for selling chewable Paan Masala pouch for thirty rupees while the MRP twenty four rupees was printed on it. (Amar Ujala, Moradabad, 21 April, 2011) (2) A famous departmental store was penalised with thirty thousand rupees since it has loaded the MRP of 1 kg Tata Salt Pack as forty six rupees in place of sixteen in its billing programme. (Dainik Jagaran, Hindi, New Delhi, 22 Decenber, 2014 )  (3) An Easyday Retail Chain Store was booked for charging price of the other ‘Noodles’ pack which was to be supplied free under promotional offer ‘buy one, get one free’ as printed on the packages itself.

The high profile cases quoted above could just be a tip of the iceberg if we go by the rampant violation with price fudging, prevailing with brazen impunity all around.  We needn’t any of the probing skills to find that this disdainful practice to insist a top-up on declared ‘Maximum Retail Price’, though unethical yet, is a visible phenomenon from street corner shops to advanced shopping junctions called Malls in urban civility.

Even though the MRP consists of every cost that might have been incurred from manufacturing and transportation to sundry taxes; and the mandatorily declared words Maximum Retail Price (inclusive of all taxes) must be enough to suggest that this price is not exclusive of the profit quotient to be shared among all entrepreneurs who partake in delivering the product to the ultimate consumer. In spite of that, retailers have a thousand pretexts to induce the buyers that the extra charge they have to pay is squarely genuine. The delivery boy wants some extra bucks for transporting your LPG gas cylinder to your door-step because the consumers in majority are unaware that the administered price of LPG is the home delivery price; and if the consumer, instead, picks himself the cylinder from godown of the distributor, he is entitled for a cut even from this displayed price. Grocers selling old inventory want the enhanced price of the product at par with new arrivals, putting an absurd rider that the cost of manufacturing has since gone up the rates have been revised accordingly. And some go a step further to put up the sticker of enhanced price after smudging, defacing or masking the originally declared price altogether. Beg their pardon by asking as to where do the law permit this levy on MRP and their response with irksome gesticulation would suggest that you have instantly entered their list of thankless persons.

The reverse does also happen too frequently. Bargaining for a discounted price is nowhere prohibited in the books of statute and is as much a conventional right of consumer as the freedom to buy from any of the traders he likes. We ought to know that the declared MRP of a product is not some heavenly word, refusal to pay which would be tantamount to heresy. Among debatable issues before a commercial transaction between a trader and consumer is finally wrapped up, the price to be paid for the wares is overtly pre-eminent. All through this progression of a discourse to the deal, so that it is eventually materialized as the most economic buying decision, every other aspect hinges on the cost consideration from various angles. This is the ‘gist of the zenith’ in trade world. However the startling paradox is that every other trader is a proclaimed minimalist about the price of his offered stores, if we summarily go by their wooing tones. When he offers a handsome cut on declared price, his solicitude becomes so tempting as if he is the last man to save every buck for us.

Out of this trade off between buyers and sellers if a consumer has ever ended up the smarter, by paying less with related comparisons edged in his favour, is not the case found very often. In contrast, dripping doldrums in eyes is the saga of the umpteenth consumer if we go by the massive scale of wrongdoings on pricing front every day in the market. This makes it evidently clear that the chunk of profit in the declared MRP is too large to come down to naught even after offered cut; and unlike consumer the trader is never at receiving end.

This is because consumers are, mostly, neither well informed nor aware. And this lack of knowledge costs them dearly. We can wriggle out of this price-mess if a few leaves from legal commandment are read through and customised in our buying behaviour.

Provision against various possible price manipulations has not been left in the lurch under ‘the Legal Metrology Act, 2009’. Under its exclusive supplement, which deals with pre-packed commodities, pasting of stickers for declaring mandatory information is strictly prohibited. With regard to alteration of price it specifically lays down that MRP once declared can be changed lower side only; and in that case, too, the higher price originally declared should remain over visibly there. And anyone who takes anything more than the MRP printed on the package will be punished under the provisions of the law. The efficacy of this law is attested by the fact that the ever vigilant Legal Metrology Officers, responsible to enforce this law throughout India in the interest of consumer, book thousands of cases every year on this pricing score. Yet its reach is limited to a punitive deterrent, as it does not provide ameliorative compensation to the consumer aggrieved individually.

That ‘The Consumer Protection Act, 1986’ has come to the rescue of many an aggrieved consumer is beyond reproach. But it is yet to expand its reach to the multitude of consumers who are hesitant to proceed for lack of knowledge and general refrain towards judicial procedures. We hope that the recent notification by the consumer affairs ministry, which allows roping in the services of an agent or non-advocate representative by the consumers, will go a long way to put a robust deterrent to price fudging; along with providing most needed succour to the consumer fraternity.