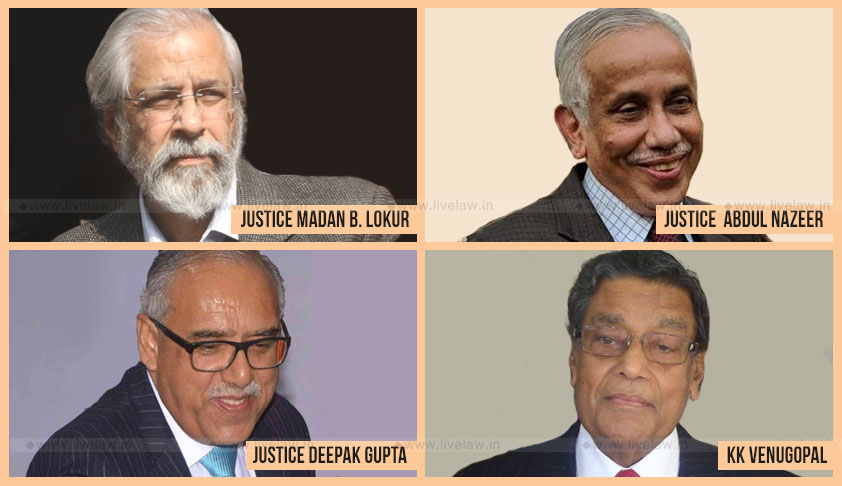 The Supreme Court has ordered the appointment of a committee headed by a retired Supreme Court judge to look into issues of children of women prisoners.

On Wednesday, when the matter was taken up  the Bench of Justices Madan Lokur, Abdul Nazeer and Deepak Gupta the Attorney General expressed his concurrence with the view expressed by the court about the formation of a committee to study the issues.

Last week, the bench had expressed concern about children who are in prison only because their mother is in prison. It had also suggested the appointment of a committee to look into this issue in great depth with the assistance of psychologists, social scientists and experts in different fields so that some pragmatic policy is framed for looking after such children.

The bench said in its order: “To tackle some of the issues pertaining to prisons and reforms in prison including children who are in prison only because their mother is in prison and other related issues, the learned Attorney General agrees with the view expressed by this Court that a Committee should be appointed to look into all these issues. The Committee will be headed by a retired Judge of this Court and will be assisted by 2-3 officers of the Government of India. This has also been agreed by the learned Attorney General, the learned ASG and the learned Amicus. We request the learned Amicus to sit with the learned ASG to prepare terms of reference and the responsibilities of the proposed Commission. Needless to say, the Union of India will have to issue a notification and provide all necessary facilities considering the importance of prison reforms in the country and importance of Article 21 of the Constitution of India.”

The bench also directed the amicus and the ASG to prepare terms of reference and the responsibilities of the proposed commission before next hearing, which is scheduled on 17th August.

The bench, on a related issue, directed the amicus to put in the form of a chart the rules in the various Prison manuals that appear to be constitutionally invalid along with the response of the state government to communications in this regard.