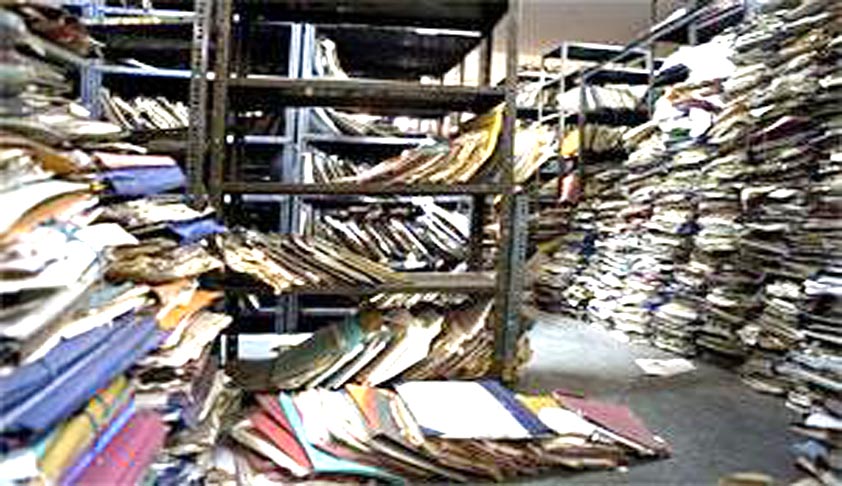 Recently an advocate in person filed a Writ Petition (Civil No.773/2013) before the Supreme Court of India, which came for hearing on 7th Oct 2013. The petition was filed to enhance the retirement age of Judges of the Constitutional Courts and Trial Courts. The grounds taken by the petitioner include the huge pendency of cases as well as the increase in the health index and life span of...

Recently an advocate in person filed a Writ Petition (Civil No.773/2013) before the Supreme Court of India, which came for hearing on 7th Oct 2013. The petition was filed to enhance the retirement age of Judges of the Constitutional Courts and Trial Courts. The grounds taken by the petitioner include the huge pendency of cases as well as the increase in the health index and life span of the people. Times of India reported this under the caption “SC: We can’t adjudicate increase in our retirement age”.

Not because it is a Personally Interested Litigation (PIL), considering the public interest at large by increasing the retirement age of judges, Court did not ask the stale question of locus standi? But times of India reported, “A visibly embarrassed bench of Chief Justice P.Sathasivam and Justice Ranjan Gogoi told the petitioner-advocate ‘How can we decide issues relating to us?’, the petitioner who appeared for this ‘noble cause’ sought permission to withdraw the writ petition with liberty to approach the appropriate authority to vindicate his grievance and the Hon’ble Court granted permission and ordered “the writ petition is dismissed as withdrawn”.

RTI activists and other genuine pseudo intellectuals /economic thinkers may find fault with the precious time of Court wasted by putting the machinery  of Court in motion by filing a writ petition, posting it for hearing,  hearing the petitioner in person and passing an order etc. but by applying the ‘Pain and Pleasure theory of Jerome Bentham, here pleasure outweighs the pain suffered to bring the matter before the Court, hence it cannot be said that Court’s precious time used most effectively for the optimum utilization especially keeping an eye on the huge pendency of cases. Moreover, “Law”, as pointed out by Justice Krishna Iyer in Fertiilizer Corporation  “ is a social auditor and this audit function can be put into action when someone with real public interest ignites the jurisdiction”.

Whether increasing the retirement age of Judges will really reduce the pendency of cases?

In order to answer this question, it is necessary to analyze first the pendency of cases in each level of judiciary. Supreme Court of India in its website has shown number of pending cases as follows:

Pendency of cases before the High Court and Lower Courts:

Times of India quoted from Law Minister Ashwini Kumar on 07/03/2013 and reported that “over three crore cases are pending in various courts across the country and this is a matter of deep concern and this situation needs to be addressed”. Former Law Minister Shri Salman Khurshid in a written reply to a question in RajyaSabha informed that the number of cases pending in the High Court’s were 42,17,903 as on 30/9/2010  and over 24,127 cases related to rape and sexual harassment are pending in the apex Court on 28 Feb 2013. Nearly three million cases are pending in India’s 21 High Courts and an astounding 26.3 million cases are pending in subordinate courts across the country. At the same time there are almost a quarter million under trials languishing in jails across the country. Of those, some 2,069 have been in jail for more than 5 years, even as their guilt or innocence is yet to be ascertained. It has also been found that over a quarter of all pending High Court cases are at Allahabad, it has some 1.09 million pending cases. Madras High Court (4,06,958) and Bombay High Court (3,62,949) were others with a large number of pending cases and Sikkim the lowest with only 51 pending cases. Of the pending cases, in High Courts’ 7,04,214 were criminal and 3.2 million were civil matters.This has been revealed by official figures emerging from the home ministry’s department of justice under a RTI application placed by a citizen, and reported by the news papers.

Is mounting Pendency a new phenomenon?

Constitution of India when originally enacted provided for a Supreme Court with Chief Justice and 7 other Judges. As the work load of the Court increased and cases began to accumulate, Parliament increased the number of Judges from the original eight in 1950 to eleven in 1956, fourteen in 1960 and eighteen in 1978, twenty six in 1986 and thirty one in 2008.


By analyzing the growth rate, one can see that in the initial years, numbers of Judges increased at regular intervals and later the appointment process slowed down and there was no addition for several years, though Indian population increased as follows:

In 2013, our population is 1,270,272,105 (1.27 billion)and the number of Judges in the Supreme Court is 31.Due to increase in education and high level of awareness among the people, the number of cases in the coming years will go on increasing only.

Therefore the calculations put forward by the public spirited lawyer that ‘since number of cases are increasing for which increasing the retirement age of the Judges is the panacea’is absolutely contrary to the common sense. In fact, the pendency of cases and its disposal came for consideration before the Supreme Court of India in S.P. Gupta v. President of India and Others,  wherein for a seven Judge Bench, Justice P.N.Bhagwati  wrote in Para 27 as follows:

“Union of India has placed before us figures showing that as on 18th Mar 1981 the aggregate sanctioned strength of permanent and additional Judges was 308 and 97 respectively while the aggregate actual strength was only 277 and 43 respectively. The figures given by the Union of India also show the large arrears pending in the different High Courts and it is clear from these figures that the total number of pending main cases has steadily rising from 6,13,799 on 31st Dec. 1978 to 6,78,951 on 31st Dec. 1980. The average rate of disposal per Judge per year fixed at one of the Chief Justice’ Conference was 650 but the figures produced by the Union of India show that the average rate of disposals on main cases per Judge per year during the years 1978-1979 and 1980 was higher namely, 860. It is obvious that even on the basis of the average rate of disposal per Judge per year being taken at the higher figure of 860; if no judicial reform is brought about and the present system continues as it is without any change, many more Judges would be required than the total sanctioned strength of permanent and additional Judges in order to dispose of the pending cases which include not only main cases but also interlocutory and miscellaneous cases which do take the time of the Court”.

*Dr. Mariamma.A.K is the Principal of Balaji Law College, Pune