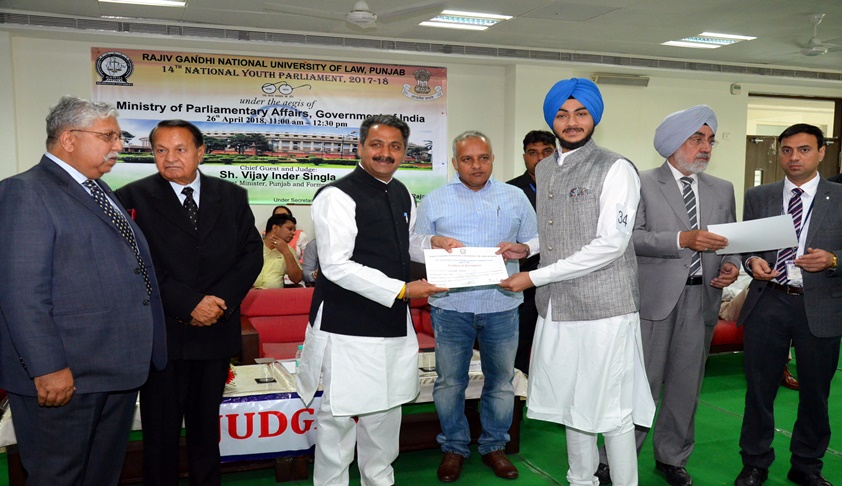 The Rajiv Gandhi National University of Law, Punjab under the aegis of Ministry of Parliamentary Affairs, Government of India, organized the 14th National Youth Parliament (2017-2018) at its campus.

Mr. Vijay Inder Singla observed: “It is essential for the youth of India to know about the Parliamentary Procedure.” Mr. Singla remarked that the competition provided the young minds an appropriate platform to acquire knowledge about the proper functioning of the Parliament.

Mr. Rajan Attri spoke about the origin and objective of the National Youth Parliament. “It was started in 1997 to create awareness about the functioning of Parliament in the students,” he said.

The event concluded with Professor (Dr.) G.I.S. Sandhu, Registrar, RGNUL, extending a vote of thanks.