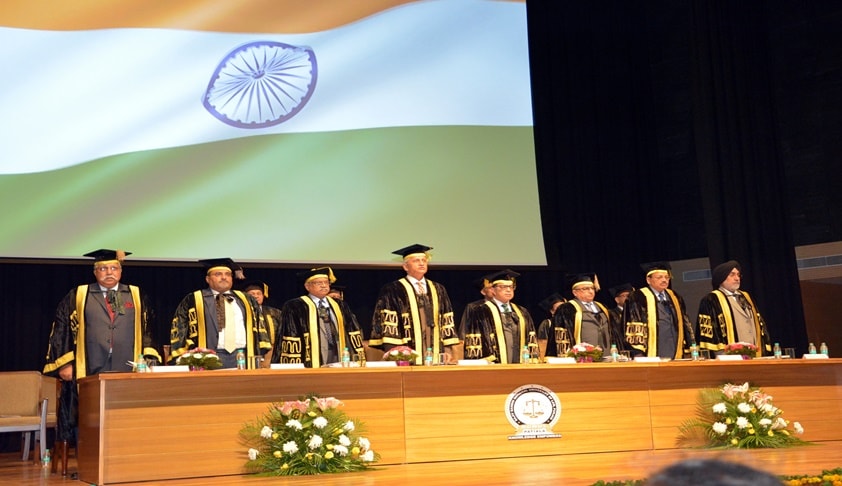 Justice Arjan Kumar Sikri delivered the convocation address. Justice Sikri exhorted the students to have a vision and mission for the realization of their dreams. “Just as different countries are in different time-zones, people are governed by different timings for success and recognition,” Justice Sikri said. “In a knowledge-based economy, students must remain a learner throughout their lives,” he added. He reminded the students of ‘inherent knowledge in man’, as explained by Swami Vivekananda. He also advised the students to maintain a work-life balance, to give time to family, to respect parents and teachers and to inculcate good hobbies. He exhorted them to tap their potentialities, develop the ability to think clearly and to become instruments of change in the society.