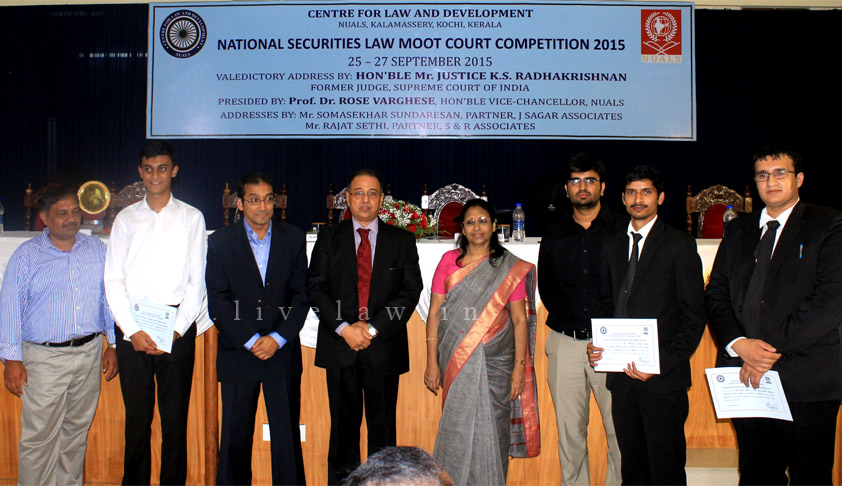 The Final round was judged by the former judge of the Supreme Court Mr. Justice K. S. Radhakrishnan, Mr. Somashekhar Sunderasan who heads the Securities Law and Financial Regulatory Practice as a partner at JSA and Mr. Rajat Sethi, founding Partner of S & R Associates, from Mumbai.   The Best Speaker prize went to Datta Prasad G from RGNUL. The Best Memorial prize was also won by RGNUL.

An Open Discussion was also organized which was lead by Mr. Soma Shekhar and Mr. Rajat Sethi, wherein the underlying theme of the moot i.e. Insider Trading and the Takeover Code was analysed in detail. The discussion was also attended by professionals and students from across the state. The e-newsletter of the Centre for Law and Development, entitled “Securities law: The e-newsletter”, was also released by Justice K. S. Radhakrishnan. In his valedictory address he opined that law students should also learn and understand the process of law making.