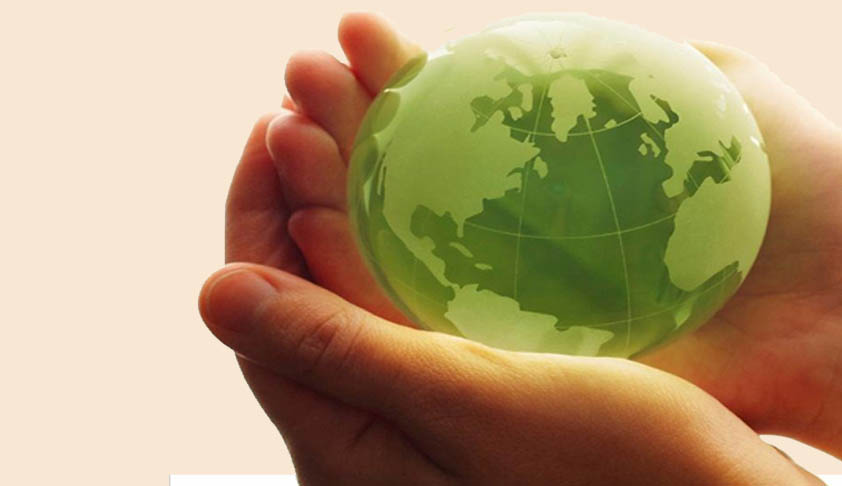 It is interesting to note that there may be times where these two approaches coincide with each other in matters concerning moral justification or lack of certain action on the environment. Human rights dimension has mostly been anthropocentric wherein recognition of the inalienable rights of human beings and the protection of those rights has been the concern. In this context, it should be mentioned here that international environmental law and human rights law have intertwined objectives which aim at striving for better conditions of life on earth. The two discourses together seek to tackle universal challenges that must often be solved at the same time from for the purpose of the human survival. There is an utmost necessity to interlink between environment and human rights so as to establish a claim for right to the environment. Therefore, environmental law on the line of human rights law seeks to protect for the benefit of humankind both on a local and global scale. Human rights have centred on fundamental aspirations of human beings with much more developed compliance mechanisms allowing individuals and groups to claim their rights. The inclusion of an environmental dimension in the human rights regime has become necessary in view of the recognition of the pervasive influence of local and global environmental conditions upon the recognition and realization of human rights. Today, when we speak of environmental law and the right attached to it, we focus mainly on the aspect of right to environment taking an anthropocentric approach towards environmental ethics. Principles of environmental law which emerged till the recent time have always taken the anthropocentric approach and thereby pollution free environment has been considered to be the right of every human being and for the well being and interest of the mankind, it has been laid down as the central concern Further, there is school of thoughts who believes that right to environment, although often couched in positive terms, should be considered negative rights.

While claiming for right of environment is a bio-centric approach wherein the rights of the nature are advocated to be recognised. In coincidence to right to environment, the right of environment recognise that just like human beings, flora and fauna and other non-human elements do possess right to be protected. They too constitute a vital part of the environment and their right to life should also be considered to be a key concern. However, it is unlikely that a constitutional environmental right will ever be non-anthropocentric because it is difficult to conceptualize how to enforce a right that is, by its very definition, not connected to a human concern. A bio-centric environmental right is unlikely to be enforceable. Nonetheless, as the Brazilian Constitution demonstrates, it is possible to include an entirely bio-centric provision—i.e., constitutional directive—on environmental law in a constitution. Such provisions are statements of public policy. Even though it cannot confer any positive rights as to its exercise of rights, it can claim the State not to violate their right of healthy living. Moreover, including a more bio-centric environmental provision in a constitution should reinforce the purposes and goals of the entire provision, and as such, help incorporate bio-centric principles into the enforceable, albeit necessarily anthropocentric, environmental right.

Therefore, in order to claim for right of environment the intrinsic value and moral considerablity of the non-humans need to be recognised. Human beings are not the stakeholders of the planet. The planet consists of other life forms that bear the same footing with that of human beings; therefore their moral standing and right cannot be out rightly denied. The claim for right of environment carries with it a deep moral claim not only for the human beings but also for the animals that form the part of the environment.

Thus the only possible solution in this regard is to conglomerate the two concepts and thereafter recognising the rights of environment cast upon a co-relative duty upon the human being to recognise their rights of survival and protection and consider them to be the equal stakeholders of the planet as they are. Therefore, framing the concept in other way round seems to provide a more effectiveness to the ulterior purpose. Recognition of the rights of non-humans though has been essential and thus the theories put forward by the environmental ethicists bear a significant hold, because unless they are not given the moral standing of intrinsic value not rights can be cast upon them and thereby no co-relative duty can be impose upon others.

However, after analysing both the concept it can be concluded that a much greater emphasis needs to be focussed upon the rights of environment causes it serves a broader platform for environment protection and thereby restrains human beings from applying their own whims and fancies in exercising their right over environment.