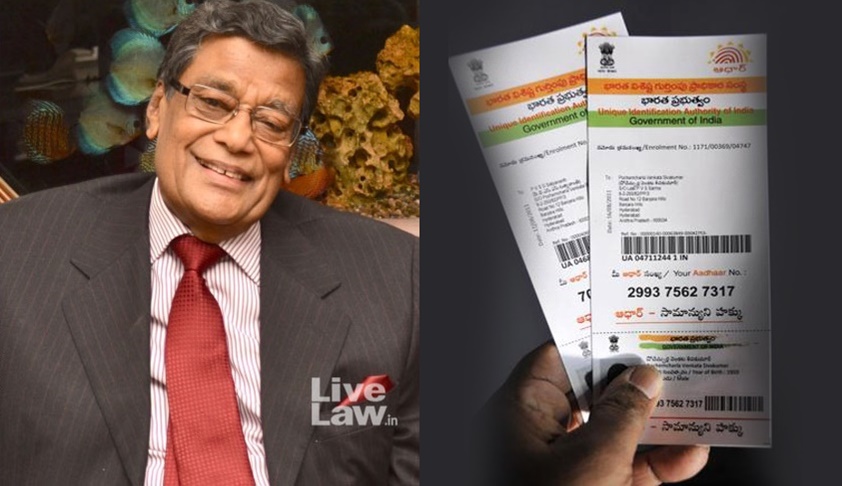 The Right To Food Campaign has expressed its shock and dismay over the statement of the Attorney General, K.K.Venugopal, in the ongoing proceedings before the nine-Judge bench of the Supreme Court, on Wednesday.The campaign joined issue with the AG on his reported statement that Aadhaar project is necessary to ensure food security, and other welfare programmes which are essential in...

The Right To Food Campaign has expressed its shock and dismay over the statement of the Attorney General, K.K.Venugopal, in the ongoing proceedings before the nine-Judge bench of the Supreme Court, on Wednesday.

The campaign joined issue with the AG on his reported statement that Aadhaar project is necessary to ensure food security, and other welfare programmes which are essential in the realization of the Right to Life.

The campaign has contradicted the AG with the reports of devastation and exclusion that Aadhaar-integration is causing in these programmes.

The campaign claimed that according to data put out by the state food department, in Rajasthan, 33 lakh families are unable to access their Public Distribution System (PDS) ration entitlement each month due to the linkage of the PDS with Aadhaar.
Similarly, in Jharkhand, 25 lakh families are deprived of their grain entitlements on a monthly basis, it further claimed.

The campaign pointed out in a press release: “Even in areas (e.g.Ranchi District), where the integration has been in place for over a year, the rate of non-transacting households is high. In June 2017, in Ranchi District, only 67 per cent of those who were entitled, could buy their grain through Aadhaar-based biometric authentication.”

The Rajasthan and Karnataka High Courts have given an interim stay on the linking of Aadhaar and ration cards. In a pending case before the Delhi High Court, affidavits showing large scale exclusion of people due to Aadhaar have been submitted and the High Court has appointed a local commissioner to look into the issue of exclusion, the campaign has pointed out.

The campaign has further claimed that the damage caused by Aadhaar is not limited to the PDS, as NREGA workers and social security pensioners are also suffering due to this application.
People’s pensions have been stopped because their Aadhaar numbers are not seeded, or cannot be seeded; in some cases, old people whose biometrics do not match are also denied their entitlements (rations, pensions, etc.), the campaign has submitted.

In one village in Badauli block, Sarguja District, Chhattisgarh 124 old people are not able to access their old age pensions as the village does not have network connectivity. Such denials of entitlements are in fact in violation of the right to life and must be penalised, the campaign has argued.

The campaign has disclosed other serious instances of violations of the right to life, due to Aadhaar, as follows:

“The damage is likely to spread further, as the government plans to make it compulsory for mid-day meals, scholarships, etc. In the Mid-Day Meal programme, there is hardly any reliable evidence of identity fraud. There are other problems in the programme (e.g., the quality of food served, disruptions etc), which cannot be solved by Aadhaar integration. Recent anecdotal evidence from Jharkhand also suggests that the biometrics of children are not working – in some schools, the number of children physically present was greater than the number that were recorded by the Aadhaar-Based Biometric Attendance machines. If this is widespread, and if the government starts making allocations on the basis of Aadhaar attendance, genuine beneficiaries are likely to be knocked out.”

The campaign, therefore, has expressed its dismay that by putting all the focus on Aadhaar, the government is distracting attention from the real issues in the implementation of these programmes – e..g, the need to introduce pulses and oil in the PDS, eggs and other nutritious items in the MDM programme, timely payments in NREGA, raising its contribution to social security pensions from Rs. 200, and so on.

The Campaign, in the light of these issues, has urged the Supreme Court’s nine-Judges Constitution bench to take note of the mounting evidence of the failure of Aadhaar in welfare programmes