Right to establish Educational Institutions is not a Fundamental Right, Hence it cannot be agitated under Article 32; SC [Read the Judgment] 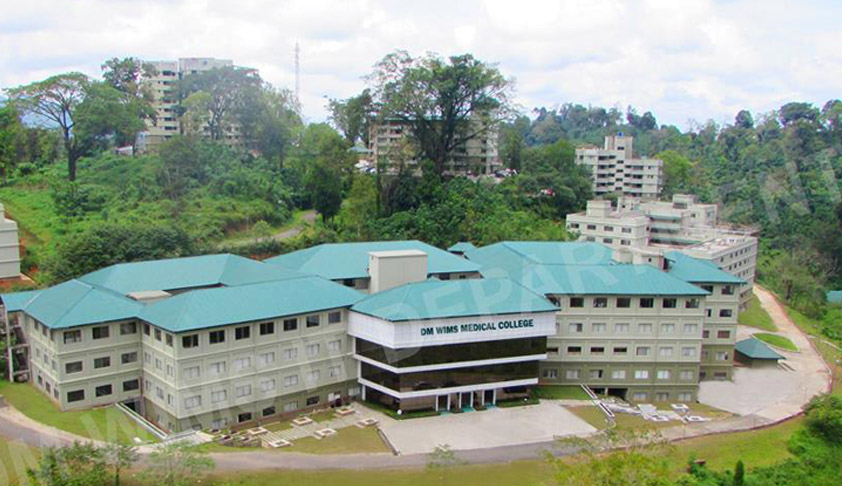 The Supreme Court of India in a ruling [DM Wayanad Institute of medical sciences vs. Union of India and Another - Writ Petition (C) No. 441 Of 2015] rendered today has reaffirmed the settled legal position as established through a catena of decisions that under Article 32 it will not interfere with an administrative order where the constitutionality of the statute or the order made there...

The Supreme Court of India in a ruling [DM Wayanad Institute of medical sciences vs. Union of India and Another - Writ Petition (C) No. 441 Of 2015] rendered today has reaffirmed the settled legal position as established through a catena of decisions that under Article 32 it will not interfere with an administrative order where the constitutionality of the statute or the order made there under has not been challenged on the ground of contravention of Fundamental Rights. The Apex Court added that no question other than that relating to the Fundamental Rights will be determined in a proceeding under Article 32 of the Constitution.

A Bench of the Supreme Court comprising of Justices M.Y. Eqbal and Arun Mishra was considering two connected writ petitions filed under Article 32 of the Constitution of India by the petitioners challenging the refusal of the Medical Council of India (MCI) to recommend the renewal of permission for admitting students for the academic year 2015-16 in the MBBS Course of the petitioner institutes and the consequent refusal of the Union Government to renew such permission.

The Court observed, on merits, that the jurisdiction of MCI or the Central Government to grant or refuse to grant permission had not been challenged by the petitioners and as such it is well within the jurisdiction of MCI which is statutory body to take a decision based on the inspection of the college to satisfy itself the compliance of various provisions of the acts, rules and regulations.

The Court said that under Article 32 of the Constitution, the Apex Court is not supposed to go into finding of facts recorded by the authorities and to come to a different conclusion.  “Moreover, having regard to the law settled by Constitution Bench of this Court in number of decisions, in our considered opinion, the rights so claimed by the petitioners are not fundamental rights; hence the same cannot be agitated directly before this Court under Article 32 of the constitution,” the Bench observed.

The Court added that it is equally well settled that this Court under Article 32 will not interfere with an administrative order where the constitutionality of the statute or the order made thereunder is not challenged on the ground of contravention of Fundamental Rights. At the same time if the validity of the provisions of statute is challenged on the ground other than the contravention of Fundamental Rights, this Court will not entertain that challenge in a proceeding under Article 32 of the Constitution.

The Court referred to the case of J. Fernandes & Co. vs. Dy. Chief Controller of Imports and Exports, (1975) 1 SCC 716, wherein the Apex Court, while considering writ petition under Article 32 of the Constitution, observed that a petition under Article 32 will not be competent to challenge any erroneous decision of an authority. A wrong application of law would not amount to a violation of fundamental right. If the provisions of law are good and the orders passed are within the jurisdiction of the authorities, there is no infraction of fundamental right if the authorities are right or wrong on facts.

The Bench observed that in the case of Kanubhai Brahmbhatt vs. State of Gujarat, AIR 1987 SC 1159, the Supreme Court had expressed concern at the litigants coming to the Apex Court under Article 32 of the Constitution instead of first moving the appropriate High Court.  “If this Court takes upon itself to do everything which even the High Court can do, this Court will not be able to do what this Court alone can do under Article 136 of the Constitution of India, and other provisions conferring exclusive jurisdiction on this Court. There is no reason to assume that the concerned High Court will not do justice. Or that this Court alone can do justice. If this Court entertains writ petitions at the instance of parties who approach this Court directly instead of approaching the concerned High Court in the first instance, tens of thousands of writ petitions would in course of time be instituted in this Court directly. The inevitable result will be that the arrears pertaining to matters in respect of which this Court exercises exclusive jurisdiction under the Constitution will assume more alarming proportions…Faith must be inspired in the hierarchy of courts and the institution as a whole, not only in this Court alone. And this objective can be achieved only this Court showing trust in the High Court by directing the litigants to approach the High Court in the first instance.”

The Court in reaching its conclusion  also relied on the Constitution Bench judgment in Ujjam Bai vs. State of U.P, AIR 1962 SC 1621=(1963) 1 SCR 778 wherein it had been held “Article 32 guarantees the right to a constitutional remedy and relates only to the enforcement of the rights conferred by Part III of the Constitution. Unless a question of the enforcement of a fundamental right arises, Article 32 does not apply. There can be no question of the enforcement of a fundamental right if the order challenged is a valid and legal order, in spite of the allegation that it is erroneous.”

The Bench of Justices M.Y. Eqbal and Arun Mishra held that considering the facts of the case as averred by the petitioners and the rights claimed therein, “we are of the considered opinion that the petitioners, even though have a right to establish institutions for imparting medical and technical education, such right is not a fundamental right.”

Accordingly the writ petitions were dismissed without prejudice to the right of the petitioners to approach the appropriate forum including the High Court having jurisdiction to deal with the matter.

Update ; Another Two Judge Bench took an opposite view  in an identical facts; Read the story and Judgment here