Right of women to have the choice of dress based on religious injunctions is a fundamental Right; Kerala HC allows Muslim Girls to wear Hijab for AIPMT [Read Judgment] 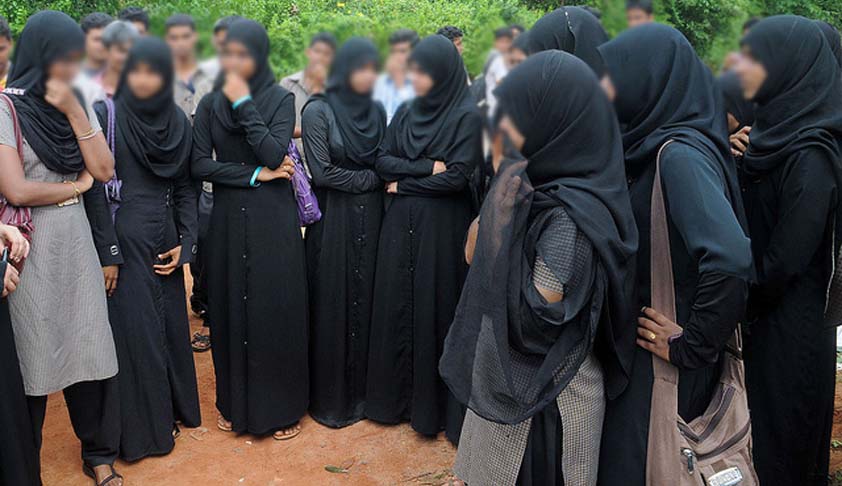 High Court of Kerala has Today granted permission for Muslim Girls to wear Hijab for the All India Pre-Medical Test-[AIPMT] 2016 on the condition that they should be present at the examination hall half an hour before the exam for frisking if necessary.Allowing the Petition filed by Amnah Bint Basheer a candidate for All India Pre-Medical Entrance Test 2016 scheduled on 01.05.2016...

High Court of Kerala has Today granted permission for Muslim Girls to wear Hijab for the All India Pre-Medical Test-[AIPMT] 2016 on the condition that they should be present at the examination hall half an hour before the exam for frisking if necessary.

Allowing the Petition filed by Amnah Bint Basheer a candidate for All India Pre-Medical Entrance Test 2016 scheduled on 01.05.2016 (AIPMET-2016) Justice Muhammed Mustaq has held that the right of women to have the choice of dress based on religious injunctions is a fundamental right protected under Article 25(1) of the Constitution of India, when such prescription of dress is an essential part of the religion.

The petition makes a specific challenge to Chapter 11 of the AIPMET -2016 bulletin which reads as follows:-

The candidates are instructed to follow the following dress code while appearing for AIPMET-2016:-

(i)The candidates shall wear light clothes with half sleeves not having big buttons applicable , brooch/badge flower etc with salwar/trouser which are applicable for all candidates irrespective of whether such candidate is a male or female.

The petitioner submitted that the dress code prescribed as above would offend the religious prescription of the dress code, prescribed for women in Islam and therefore, this would negate the fundamental right as guaranteed under Article 25(1) of the Constitution of India.

Before going in to the specific issues the Court has summarized the law relating to religious freedom and Constitution of India as follows;

The Court then examined the nature of the dress code prescribed for women in Islam and; such prescription is an essential part of the religion or not; and if it forms part of essential religious practice, can it be regulated in the light of Article 25(1).

After analyzing the Quranic injunctions and the Hadiths, Court held that;

“covering the head and wearing a long sleeve dress by women have been treated as an essential part of the Islamic religion. It follows a fortiori, Article 25(1) protects such prescription of the dress code. Then the only question remains is the essential practice as above would offend the public order, morality, and health or is it necessary to regulate such essential practice to give effect to other provisions of Part III of the Constitution”

Coming to the question of the proposed Dress Code , it is held that

The rationale for prescribing dress code by the Board is to avoid malpractices in the examination. The prescription as above is not by invoking an interest of public order or morals of the society. The public order is one which would affect community or public at large. The morality is pertaining to conscience or moral sense of the prescribed standards in the society. The health denotes well-being of a person. The restriction by the Board can be only on any grounds referred as above. In the absence of any conditions referable under Article 25(1), the essential practice cannot be regulated or restrained. No doubt, a restriction can be imposed under Article 19(2) of the Constitution in the interest of the security of the State as contemplated under Article 25(1) which also states the freedom would be subject to the provisions of Part III of the Constitution.

“The right of women to have the choice of dress based on religious injunctions is a fundamental right protected under Article 25(1), when such prescription of dress is an essential part of the religion. As has been noted above, that right can be negated only in any of the circumstances referred under Article 25(1). The attempt of the Board to ensure transparency and credibility of the examinations also cannot be ignored by this Court. However, the approach of the Court is always to harmoniously accommodate the competing interest without there being any conflict or repugnancy. The interest of the Board can be safeguarded by allowing the invigilator to frisk such candidates including by removing scarf. However, safeguard has to be ensured that this must be done honouring the religious sentiments of the candidates. Therefore, women invigilators can be permitted to frisk such candidates,

The Court also clarified that

“When this Court declares the law as above, all similarly situated persons would be entitled to such benefits without approaching the Court. In this writ petition, involving a question of negative liberty, the substantial relief is granted as a declaration. Therefore, such declaration cannot be confined to the first petitioner alone. All similarly situated persons forming into such class would be entitled for the relief granted by this Court. In fact, such declaration is not a declaration of the first petitioner's right alone but a declaration of the law itself. “

Last year a Single Judge of Kerala High Court allowed two Muslim girl students to wear Hijab and full sleeve dress while appearing for the CBSE All-India Pre-Medical Entrance Test (AIPMT) on 25th July. The Students challenged the new dress code introduced by the CBSC for the AIPMT Examination. Justice K. Vinod Chandran allowed the plea on the conditions that the girls shall be present before a woman invigilator and if required the invigilator can search the body. But when Certain Islamic Organizations approached the Supreme Court of India citing that the Notification of AIPMT entrance exam by CBSE, barred the right of Muslim girls to wear Hijab, their customary religious dress the Court refused to entertain the plea saying that ”We will not interfere with these kind of small issue”.