Rohingyas Have Fundamental Rights Like Indians; SC Has Jurisdiction To Hear Plea Against Their Deportation: Nariman [Read Rejoinders] 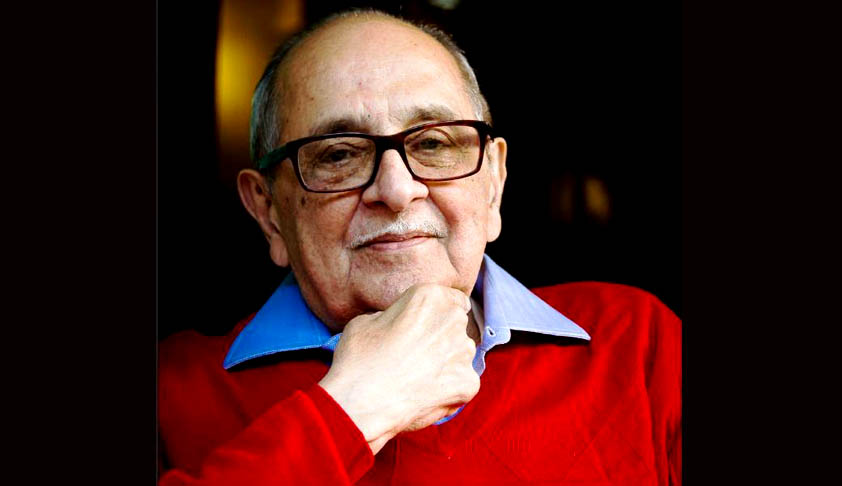 “I agree that it would be difficult to accept the lack of jurisdiction of the court in a matter concerning human rights, particularly on the plight of women and children”, Chief Justice Dipak Misra while reacting to legendary Fali S Nariman’s arguments. The bench will resume hearing on October 13Senior advocate, the legendary Fali S Nariman today commenced arguments opposing the move...

“I agree that it would be difficult to accept the lack of jurisdiction of the court in a matter concerning human rights, particularly on the plight of women and children”, Chief Justice Dipak Misra while reacting to legendary Fali S Nariman’s arguments. The bench will resume hearing on October 13

Senior advocate, the legendary Fali S Nariman today commenced arguments opposing the move to deport Rohingya Muslims by opposing Centre’s argument that the decision was non-justiciable as it was a pure matter of government policy.

The  bench headed by Chief Justice Dipak Misra also prima-facie appeared to side with Nariman’s argument that when the issue pertains to human rights, there was no question of justiciability or jurisdiction of the court

The bench also comprising of justices D Y Chandrachud and A M Khanwilkar said it will hear the arguments only on the points of law and asked the parties to desist from advancing emotional arguments as the matter concerned humanitarian cause and humanity, which required to be heard with mutual respect.

It is to be noted that the Centre had urged the Supreme Court not to interfere with its plan to deport the Rohingyas,  saying it was an "essential executive function by way of a policy decision in larger interest of the country".

Nariman, appearing for the main petitioner Mohammad Salimullah and assisted by noted lawyer Prashant Bhushan pointed out that, the Government of India in its counter affidavit clearly says that this issue is non-justiciable and is a pure matter of government policy and that Article 32 rights to file a writ petition in the Supreme Court is not available to non-citizens.

Nariman pointed out that this position of the government is absurd in light of the fact that Article 14 and 21 rights are available to all “persons” as well as the Article 32 right to move the court.

Nariman also read out the notification declaring the government policy on refugees dated 29th December 2011, in which it was stated that refugees fleeing persecution are different from illegal immigrants and should be given long term visas, employment opportunities and the right to study in educational institutions.

He further pointed out that the present government in July 2014 reiterated this 2011 standard operating procedure in a written reply to a question on rights of refugees in the Lok Sabha.

Nariman also pointed out that the government tried to paint all Rohingya as terrorists which was absurd. If the government had any specific information about any Rohingya persons being terrorists, those person could be excluded from the applicability of the Refugee convention and dealt with the government separately.

Nariman also read out from the New York Declaration for Refugees and Migrants dated 3rd October 2016, which India is a signatory to, wherein rights of refugees to be given asylum had to be recognised and the principle of non refoulement reaffirmed.

Tushar Mehta, Additional Solicitor General, appearing for the Government of India, said that he would like to argue on the question of maintainability and justiciability of this petition and said it should be left to the executive to decide.

Mehta also sought permission of the court to file a rejoinder to the rejoinder affidavit filed by the petitioner, which was allowed.

“I agree that it would be difficult to accept the lack of jurisdiction of the court in a matter concerning human rights, particularly on the plight of women and children”, said the CJI.

The CJI directed the parties to the petition to compile a list of government notifications, treaties and conventions and cases relevant to the issue of refugee law in India.

The Centre told the Supreme Court that Rohingyas posed as a serious threat to national security with links to terror outfits, including the Islamic State.

The Centre’s affidavit, filed in the apex court registry, said unless the government took action now, illegal immigrants like Rohingyas would eat into the welfare meant for India's citizens.

The government said the decision to deport them (Rohingyas) fell within the exclusive domain of the government. The court should refrain from hearing them.

“Any indulgence shown by the highest court of the country would encourage the illegal influx of illegal migrants into our country and thereby deprive the citizens of India of their fundamental and basic human rights,” the Ministry of Home Affairs said in the affidavit.