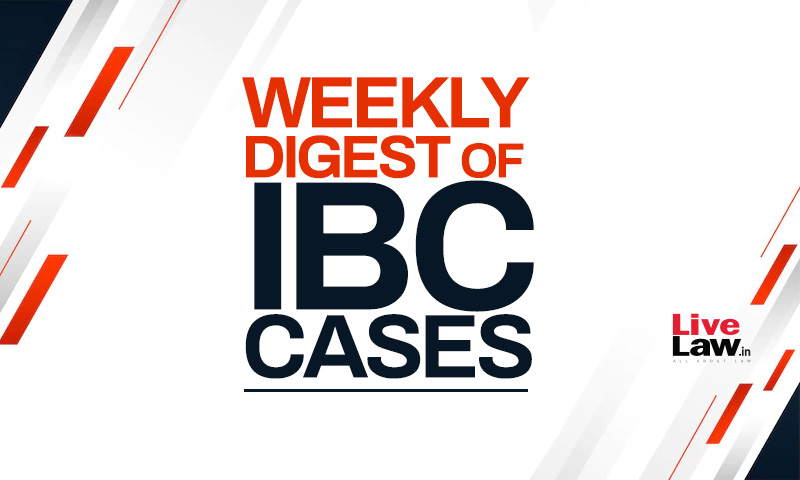 The National Company Law Appellate Tribunal (“NCLAT”), Principal Bench, comprising of Justice Ashok Bhushan (Chairperson) and Mr. Barun Mitra (Technical Member), has upheld the Adjudicating Authority’s order rejecting applications filed by Operational Creditor to direct Oyo not to proceed with its IPO and furnish its financial statements. The reliefs sought by the Operational Creditor have been regarded as premature, since CIRP has not yet been initiated against Oyo. Oyo Hotels & Homes Pvt. Ltd. (“Corporate Debtor”) owns and operates a chain of hotels across India under the banner ‘OYO’. Recently, the Corporate Debtor announced Initial Public Offering (IPO) of its shares and the IPO is still under process.

The National Company Law Appellate Tribunal (“NCLAT”), Principal Bench, comprising of Justice Ashok Bhushan (Chairperson) and Mr. Barun Mitra (Technical Member), has held upheld the Adjudicating Authority’s dismissal of a Section 9 petition, which was filed merely for recovery of balance interest amount in view of a settlement agreement and not for resolution of the Corporate Debtor. The Bench placed reliance on the Supreme Court judgment in Swiss Ribbon Pvt. Ltd. v Union of India, (2019) 4 SCC 17, wherein it was held that IBC is not a recovery proceeding.

Section 17 Of Limitation Act Inapplicable Where Limitation Is Prescribed For Appeal: NCLAT Delhi

The National Company Law Appellate Tribunal (“NCLAT”), Principal Bench, comprising of Justice Ashok Bhushan (Chairperson) and Mr. Barun Mitra (Technical Member), has held that Section 17(1) of Limitation Act, 1963 deals with period of limitation in the case of any suit or application. On the face of it, Section 17(1)(c) does not come into play in an Appeal when limitation is prescribed for an Appeal.

Landowner In A Development Agreement Not A Financial Creditor: NCLAT Delhi

The National Company Law Appellate Tribunal (“NCLAT”), Principal Bench, comprising of Justice Ashok Bhushan (Chairperson) and Mr. Barun Mitra (Technical Member), has held that a landowner in a development agreement is not a financial creditor within the meaning of Section 5(8) of IBC and cannot be included in the Committee of Creditors. The Bench observed that the Development Agreement clearly states that the Landowner was a collaborator in the development agreement and not a financial creditor. There was no disbursement for time value of money by the Landowner within meaning of Section 5(8) of the IBC.

Operational Creditors Only Entitled To Minimum Of The Liquidation Value: NCLAT Delhi

The National Company Law Tribunal (“NCLT”), Hyderabad Bench, comprising of Dr. Venkata Ramakrishna Badarinath Nandula (Judicial Member) and Shri Sri Satya Ranjan Prasad (Technical Member), has granted several waivers/concessions to the Successful Bidder including waiver from penalties imposed by Registrar of Companies and other authorities. Further, the Bench has granted the Successful Bidder the liberty to approach the concerned authority for seeking offset of any loses as per Income Tax Act against future profits; and clearance from the secured financial creditors and filing of satisfaction of charge by them. The new management shall also not be liable for any payment arising out of the contingent liabilities on account of bank guarantees.

The Ministry of Corporate Affairs, Government of India, has issued a circular inviting comments from the public on the changes proposed to be made in the Insolvency and Bankruptcy Code, 2016 (“IBC”). The proposed changes relate to the admission of corporate insolvency resolution process (“CIRP”) applications, streamlining the insolvency resolution process, recasting the liquidation process, and the role of service providers under the IBC. The proposed amendments are: