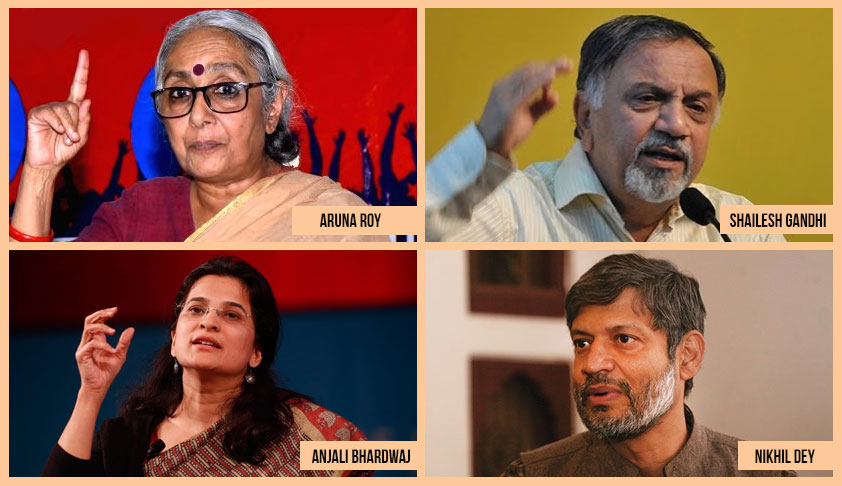 It is widely felt that the proposed amendments are intended to clip the wings of Information Commissioners and to undermine their autonomy.

The Central Government's move to amend the Right to Information Act by introducing an amendment bill in the monsoon session of Parliament (which commences from July 18) has not gone down well with RTI activists. It is their complaint that the Central Government kept the proposed amendments a secret, denying the opportunity of public consultation.

The public had no clue about the amendment move until the 'list of business' for the monsoon session of Lok Sabha was published (The website of Lok Sabha did not contain the list of business at the time of publication of this article). In the list of business, as item 14 it is listed as "to amend the Right to Information Act- for introduction, consideration and publication". However, no copy of the bill was made available in public domain.  RTI Activists Aruna Roy and Nikhil Dey commented, "it is a bitter irony that a little over a decade after the RTI Act was operationalised, proposed amendments have been kept secret; there has not even been a hint of public consultation.

Shailesh Gandhi, a former Central Information Commissioner, questioned the move to amend the Act. "We have one of the best RTI Acts in the world. NOBODY should bring any changes in it. WE need better implementation. Focus on that," he tweeted.

#SaveRTI WE have one of the best RTI Acts in the world. NOBODY should bring any changes in it. WE need better implementation. Focus on that

The contents of the amendment bill came to public light only when RTI activist Anjali Bharadwaj obtained a copy, and posted the same in twitter (The amendment bill was not seen uploaded in the official websites of Government of India at the time of publication of this article). The proposed amendments give power to Central Government to determine term and salary of Information Commissioners.

As the reason for the amendment the bill states, "the mandate of Election Commission of India and Central and State Information Commissions are different. Hence, their status and service conditions need to be rationalised accordingly".

The National Campaign for Peoples' Right to Information has issued a press release condemning the proposed amendments. They attack the reason stated for amendment as inherently flawed, and stated:-

The principle of according a high stature, and protecting the terms of service by equating it to functionaries of constitutional bodies, is routinely adopted for independent statutory oversight bodies, including the Central Vigilance Commission and the Lokpal.

They also stated that the secrecy around the amendments has prevented any meaningful debate or public engagement with the proposed changes.

In this backdrop, it is widely felt that the proposed amendments are intended to clip the wings of Information Commissioners and to undermine their autonomy.