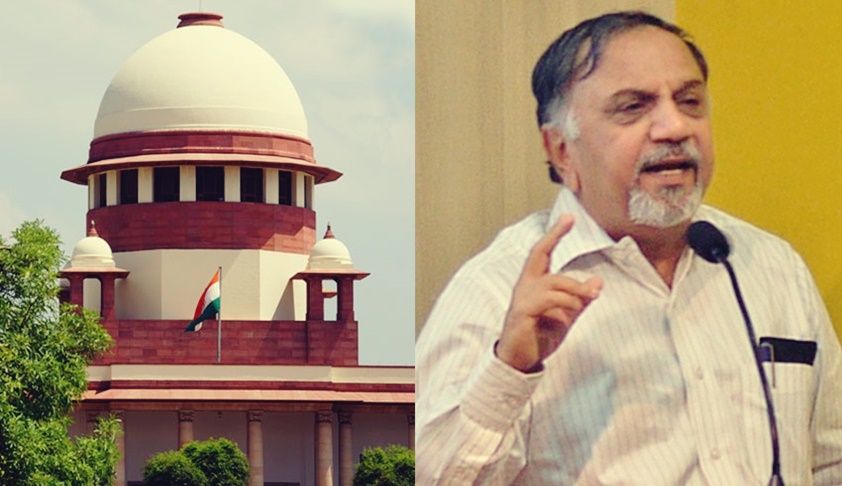 The Supreme Court of India consistently held from 1975 to 2005 that RTI is a fundamental right of citizens. The nation recognises its great contribution to the framing of the Right to Information Act.  However certain decisions and pronouncements of the Court[1] in the last decade weaken this powerful fundamental right by gross misinterpretation. These should be discussed by RTI users and...

The Supreme Court of India consistently held from 1975 to 2005 that RTI is a fundamental right of citizens. The nation recognises its great contribution to the framing of the Right to Information Act.  However certain decisions and pronouncements of the Court[1] in the last decade weaken this powerful fundamental right by gross misinterpretation. These should be discussed by RTI users and the legal fraternity, and a public awareness should be created.

Challenging decisions of the Information Commission and stay orders:  Section 23 of the law provides mandates no appeals against the decisions of the Commission. However these decisions are being challenged in High Courts through writ petitions by many public authorities to deny information to citizens. In most of these cases a stay is obtained ex-parte. At times, Commissions have been stopped from even investigating matters before them. These cases die down as most of the applicants  are unable to respond effectively in Courts for lack of resources.

Courts should examine prima facie whether the grounds fall in the writ jurisdiction of a Court as laid down in the Hari Vishnu Kamath case[2]. In line with various Supreme Court judgments they are also dutybound to consider whether any irreparable harm would befall the public authority, if a stay is not given, since these continue for many years. The Supreme Court has stated many times that an essential requirement for any judicial, quasi-judicial or administrative order is that reasons must be provided. There are a number of High Court orders staying the disclosure of information as per the orders of the information commissions where no reasons are given whether the court has come to the conclusion that the matter falls in writ jurisdiction and that if the order is not stayed, it would cause some irreparable harm. It is also necessary that it should only be in the rarest of cases that courts stay statutory orders given by commissions after the date on which the order should have been implemented. This encourages defiance of the rule of law. Respect for law will be cultivated by developing respect for all statutory orders, not merely respect for courts.

1 In Appeal No. 6454 of 2011 the Court[3] held, “Some High Courts have held that Section 8 of RTI Act is in the nature of an exception to Section 3 which empowers the citizens with the right to information, which is a derivative from the freedom of speech; and that therefore Section 8 should be construed strictly, literally and narrowly. This may not be the correct approach.” I feel the earlier approach of High Courts, where exemptions are interpreted narrowly is correct, since these abridge a fundamental right of citizens. Another strong statement in the said judgment is : ‘Indiscriminate and impractical demands or directions under RTI Act for disclosure of all and sundry information (unrelated to transparency and accountability in the functioning of public authorities and eradication of corruption) would be counter-productive as it will adversely affect the efficiency of the administration and result in the executive getting bogged down with the non-productive work of collecting and furnishing information. The Act should not be allowed to be misused or abused, to become a tool to obstruct the national development and integration, or to destroy the peace, tranquility and harmony among its citizens. Nor should it be converted into a tool of oppression or intimidation of honest officials striving to do their duty.   The nation does not want a scenario where 75% of the staff of public authorities spends 75% of their time in collecting and furnishing information to applicants instead of discharging their regular duties.’

This statement was made without any reason or facts and only displays the court’s dislike for transparency.

A study by RAAG has shown that about 50% of the RTI applications are made since the departments do not discharge their duty under Section 4 of the RTI Act which mandates disclosure of most of the information suo moto as per the law. About 25% of the applications seek information about citizens trying to obtain their delayed ration cards, progress of their application for various services or complaints of illegal activities for which the government departments should have replied. There is no condemnation of the officers who do not do their duty, but the citizen using his fundamental right is strongly admonished without any evidence or basis.

2) In the Girish Ramchandra Deshpande judgement[4] given in October 2012 the Court has held that copies of all memos, show cause notices and orders of censure/punishment, assets, income  returns, details of gifts received etc. by a public servant are personal information exempted from disclosure as per  Section 8(1) (j) of the RTI Act. It further states that these are matters between the employee and the employer. It forgets that the employer is the citizen,- the master of democracy,- who provides legitimacy to the government. This judgement appears to have neither legal reasoning, nor a legal principle and is based only on concurring with the denial of information by the information commission. The ratio of the R.Rajagopal[5] judgement given by the Supreme Court in 1994 clearly lays down that no claim to privacy can be claimed for personal information on public records by public servants. It appears this judgement was not presented to the Court.

In Section 8 (1) (j) there is a proviso ‘that the information, which cannot be denied to the Parliament or a State Legislature shall not be denied to any person”. There is no mention of this proviso in the judgement and no word that the court was satisfied that this information would not be provided to parliament or state legislature. Since this judgment was given in a Special Leave Petition (SLP)  no  detailed reasons were required. Hence it cannot be said to lay down the law. Yet, two Supreme Court judgments subsequently have treated this order as a legal precedent and numerous High Court and Commission orders have done the same This has the impact of an illegal amendment to the law and constricting the citizen’s fundamental right.

Citizens and the legal fraternity should engage in an active discussion of these issues to ensure that a very important fundamental right is not emasculated. Citizens have resisted three attempts by the earlier government to amend the law. India is amongst the top five nations in terms of the legal provisions of RTI[6]. Indian parliament has really given its citizens one of the most powerful transparency laws to empower the citizen to monitor their governments, curb corruption and get better governance. This can lead to Swaraj. If the commissions and the courts interpret the RTI Act giving more importance to exemptions and widening their scope, this great law may become ‘Right to Denial of Information’. Citizens need to become aware of their responsibility to protect this law. Everyone in power dislikes transparency applied to them. Most of the bad orders are copied by everyone, whereas the good orders are being swamped. This would be a sad regression for democracy.