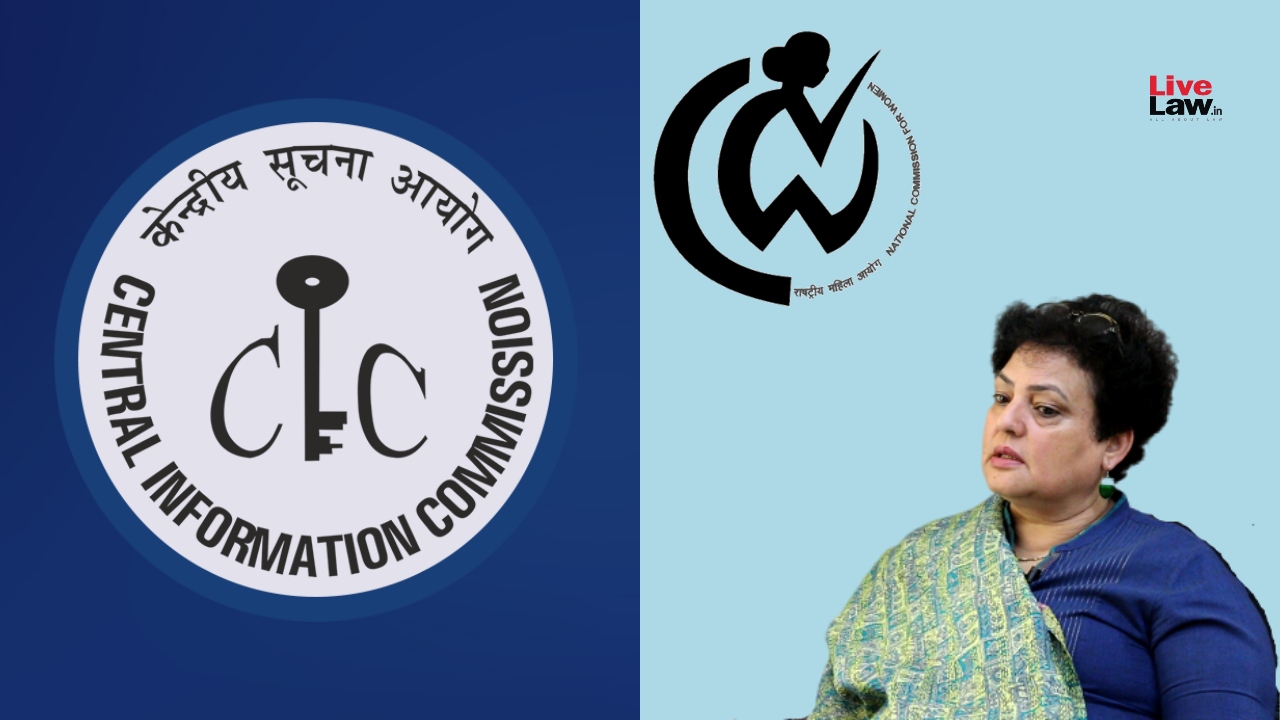 The Central Information Commission (CIC) last week upheld a reply of the NCW (National Commission for Women) wherein it denied providing a copy of the report of the inquiry conducted by Rekha Sharma in 2017 in connection with the issue of forceful conversion and 'love jihad'.

The Information Commissioner Saroj Punhani noted that the information sought from the NCW was a sensitive one and the information regarding the same could not be divulged or made public under Section 8(1)(g) of the RTI Act keeping in view the safety of life of the third parties.

Appellant Aniket Agat filed an online RTI application seeking certain information (including the copy of the report) about the inquiry conducted by NCW Chairperson Rekha Sharma before officially warning the Government of Kerala against love jihad.

The appellant also referred to a news report wherein Sharma had said that she had conducted a detailed inquiry into the forceful conversion and love jihad and women leaving the country.

The NCW furnished a point-wise reply to the appellant in January 2021. While it provided information on certain issues, it also denied providing information related to certain issues. Aggrieved with the same, he moved an appeal before the First Appellate Authority.

The FAA ordered the NCW to provide a reply to all the left-out queries raised by the appellant, following which, the NCW provided further information on certain issues, however, it still denied providing a copy of the order of the inquiry conducted by the chairperson, NCW.

Feeling aggrieved and dissatisfied, the appellant approached the Commission with the instant Second Appeal on the ground of wrongful denial of information by the CPIO.

Before the Commission, the Appellant contested that the information sought by him more particularly a copy of the inquiry report in the averred case involves a larger public interest and also reflects on the law and order of the State therefore, it should be provided by the CPIO.

On the other hand, the CPIO explained that as per the norms, the inquiry reports invariably are made public by the NCW, however the subject matter of the instant case is sensitive in nature and may perhaps lead to riots between the communities, hence, such report has not been uploaded on their Website keeping in view the provisions of Section 8(1)(g) of RTI Act.

It may be noted that Section 8(1)(g) of the RTI Act states thus: information, the disclosure of which would endanger the life or physical safety of any person or identify the source of information or assistance given in confidence for law enforcement or security purposes;

In view of this, the Commission set aside an order passed by the FAA directing the CPIO to provide third party's personal information. Lastly, noting that the Appellant had not substantiated any larger public interest to seek the report of the reply, the Commission disposed of the appeal.