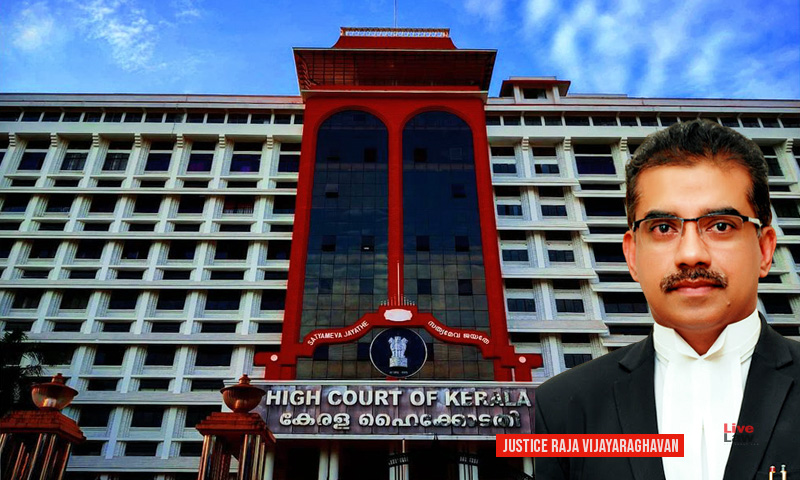 In a significant verdict, the Kerala High Court has directed the Kerala Police to publish in its official website the details of police officers who have been found guilty of corruption or human rights violations. This direction has to be complied within 30 days from March 20.The High Court ruled that the Police cannot shield the names of officers who have been found guilty or dismissed...

In a significant verdict, the Kerala High Court has directed the Kerala Police to publish in its official website the details of police officers who have been found guilty of corruption or human rights violations. This direction has to be complied within 30 days from March 20.

The High Court ruled that the Police cannot shield the names of officers who have been found guilty or dismissed from service on charges of corruption or human rights violations.

A Single Judge Bench of Justice Raja Vijayaraghavan made this pronouncement when disposing of a petition filed by the State Public Information Officer of the Crime Records Bureau(Deputy Superintendent of Police, Thiruvananthapuram).
The Information Officer moved the High Court challenging an Order of the State Information Commission (SIC) which required police to publish details of corrupt officers found guilty in a court of law or dismissed from service on charges of corruption and human rights violations. Additionally, the SIC had also directed the information authorities to upload on the police website the names of the officers against whom charges of corruption or human rights violations were established after an investigation.
The SIC did not allow the prayer seeking information of police officers against whom
In Court, Government Pleader Mable C Kurian for the Police Information Authorities asserted that the Right to Information Act (The Act) only required the publication of information relating to organisational matters. Any publication of other details would demoralise the police it was argued.
Further, the Government Pleader asserted that a person against whom a finding of guilt has not been arrived at by a Court of law is presumed to be innocent and in that view of the matter, the State Commission was not justified in ordering the disclosure of the name.
It was also argued that the details of those police officers against whom final report has been laid as would be protected from disclosure because it would amount to information that relates to personal information the disclosure of which has no relationship to any public activity or interest (Section 8(1)(j) of the Act).
Standing Counsel for the SIC M Ajay and the original applicant for information, journalist Radhakrishnan R urged that the information sought furthered a citizen's right to know about law enforcement officers, the manner in which the police department functions, as well as government functioning so as to to initiate corrective measures, the essence of democracy.
After considering the submissions, the Court ultimately upheld the ruling of the SIC and ruled that names of officers convicted on corruption or human rights violations such as wrongful confinement, sexual abuse, rape, and use of abusive language and were removed from services after a due process of inquiry would necessarily have to be published on the website.
The Bench stated,
"The petitioners will not be justified in shielding the names of such officers and will be bound to publish the same notwithstanding the fact that Section 4 does not oblige them to publish such information." (Section 4 lists information that a public authority is mandated to publish under provisions of the Act)
The Court clarified, however, that the details of officers against whom the offences had been established on investigation, but a conclusive finding has not been arrived at by a court of law need not be published.
In its ruling, the Bench emphasized that the information authority was to have to bear in mind that while dealing with information not falling within Section 4(1)(b) and (c) of the Act "the authorities cannot read the exemptions in a restrictive manner". Rather, the section was to be read in a practical manner so as to preserve public interest, the Court stated.
This was necessary to ensure that there is a fine balance between the goal of he Act of attaining transparency of information as well as safeguarding the public interest, the Court stated.
"Conjointly reading Section 4 which deals with obligations of public authorities and Section 8 which details the exempted categories of information, what the authority should bear in mind is that the provisions of the Act should not be interpreted in such a manner as to impose a fetter on the right to information. In other words,the provisions are to be read in such a manner which would further public interest as it is essential for the fulfillment and preservation of democratic ideals", the Court said in the judgment.