RUSTOM: A Tale of Betrayal, Murder and Passion 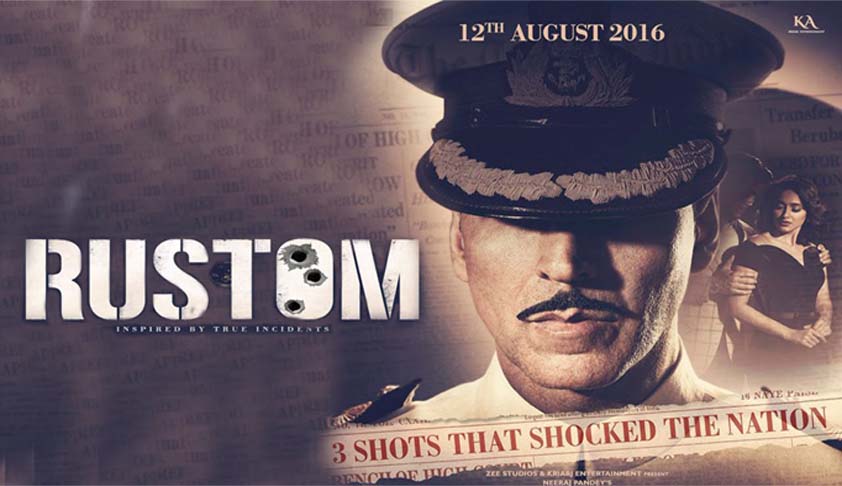 In 1959, the complex case of Commander KM Nanvativ State of Maharashtra had led to the abolishment of the jury system in India. Rebooting the then events, the Akshay Kumar-starrer Rustom takes us back to the story of the naval officer, his philandering wife and her profligate lover, but also fictionalises it by adding a layer of intrigue.

Decorated naval officer RustomPavri (Akshay Kumar) returns home to find his wife in the arms of another man. Unable to bear the betrayal, the agitated officer fires three bullets into his wife’s towel-clad millionaire boyfriend, VikramMakhija (ArjanBajwa). Placing his pawns cleverly, Rustom fights his own case and pleads not guilty. The incident receives unprecedented media attention from the tabloid Truth (Blitz).

The first half of the film deals with the obvious revelation of the characters and the plot hits the point straight. The movie grips in the second half when the courtroom drama unfolds.

However, soon the narrative makes a parody of itself with a bemused judge (Anang Desai), caricature-like prosecution lawyer (SachinKhedekar) and Vikram’spouting vamp-ish sister (Esha Gupta).

KM Nanavati had been convicted not guilty by the jury, however the verdict was challenged in the Bombay High Court and then Supreme Court where Nanavati was commuted life imprisonment.

The case laid bare the integral flaws and raised scepticism regarding the jury system. Influenced by gossip, frenzy and hysteria around the Nanavati case, the jury found it difficult to distinguish between fact and emotions and passion and one of them went on to call Nanavati a “honourable murderer”.

KM Nanavati was granted pardon after serving three years in jail and he settled down with his wife and three children in Toronto. He died in 2003.