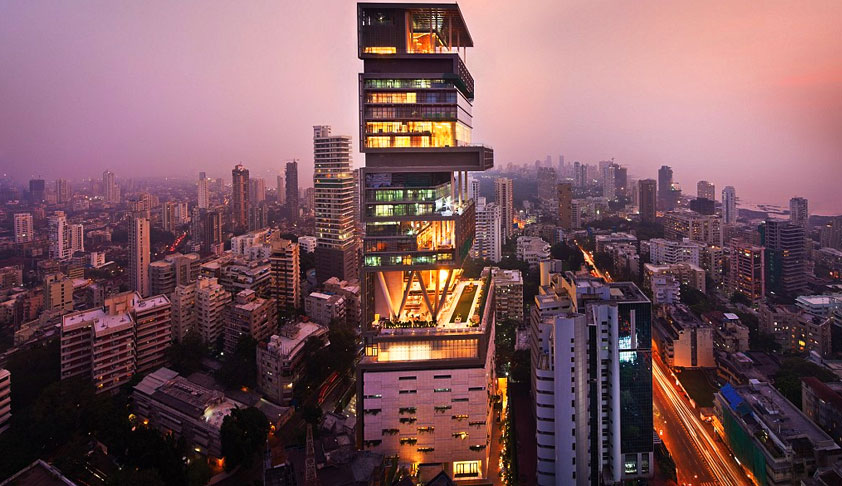 The sale of land on which Mukesh Ambani’s home Antilia is built was illegal and against the provisions of the Wakf Act, the acting CEO of Maharashtra State Board of Wakfs has stated in an affidavit before the Bombay High Court.The affidavit was filed after a bench headed by Chief Justice Manjula Chellur directed the State Board of Waqfs in an order dated July 21, 2017, to clarify their...

The sale of land on which Mukesh Ambani’s home Antilia is built was illegal and against the provisions of the Wakf Act, the acting CEO of Maharashtra State Board of Wakfs has stated in an affidavit before the Bombay High Court.

The affidavit was filed after a bench headed by Chief Justice Manjula Chellur directed the State Board of Waqfs in an order dated July 21, 2017, to clarify their stand regarding the challenge to the Charity Commissioner’s permission in favour of the orphanage for sale of land.

Sandesh C Tadvi, Joint Secretary, Minority Development Department and acting CEO of State Board of Wakfs, has said that ‘mischief’ was committed by the then Chairman and CEO of the State Board of Waqfs in passing a resolution dated March 9, 2005, ratifying the sale of land.

The affidavit states that Currimbhoy Khoja Orphanage Trust was set up for providing maintenance and education of poor and destitute children belonging to the Khoja community.

The trust itself was a charitable institution and according to a list of waqfs published on November 13, 2003, it was a wakf property. This was not disputed by the trust at that time.

Once the Maharashtra State Board of Wakfs got know of these developments, the then CEO sent a notice to Antilia Commercial as well as the orphanage itself asking why action against them should not be taken under Section 52 of the Wakf Act, 1995.

Section 52 deals with recovery of wakf property transferred in contravention of Section 51, which means whenever an immovable property belonging to the wakf is sold without prior sanction of the Wakf Board.

This notice was issued by the CEO on April 22, 2004, and orphanage challenged it before the Wakf Tribunal in a suit.

During the pendency of this suit, then CEO of State Board of wakfs settled the matter with the trustees of the orphanage and it was decided that they (trustees) would accept that the orphanage is a wakf property and annual contribution payable to the Wakf Board was applicable. In this regard, Rs. 16 lakh was deposited by the trustees as per Section 72 of the Waqf Act, 1995.

“However, a mischief was committed by the Chairman and then CEO that they passed a resolution dated March 9, 2005 thereby ratifying the sale of land. Thereafter the trust also played mischief by filing a writ petition challenging the list of wakfs,” the affidavit stated.

To elaborate on the mischief part, one must look at how the trustees of the orphanage first agreed that the said land was a wakf property and later retrospectively challenged the list of wakf properties, which included the orphanage.

Thereafter, the trust challenged this list of wakfs issued in 2003 before the High Court. This petition was allowed in August 2015 and the list of wakfs was set aside. This judgment was then challenged by the Wakf Board and the state in an SLP before the Supreme Court, which is still pending.

In the meantime, the current PIL was filed by one Abdul Matin who challenged the Charity Commissioner’s permission in favour of the orphanage regarding sale of land. Apart from this, advocate Eijaz Naqvi filed an intervention application, also against the ratification of sale.

In conclusion, the affidavit stated:“I say that the stand of Respondent No.2 (state board of wakfs) is clear that the permission granted by the Charity Commissioner to the sale on August 27, 2002, the sale dated November 21, 2002 and its ratification dated March 9, 2005 was illegal on the ground that even if sale was ratified by passing a resolution, it is against the provisions of Wakf Act 1995 as no prior sanction from the Wakf Board was taken, the resolution under Section 32(2)(i) requires two thirds majority which was not there and the permission needs to be published in the official gazette which was not done. Therefore, the ratification is illegal and the properties need to be restored.”