Sanitation Law and Policy in India: An Introduction to Basic Instruments 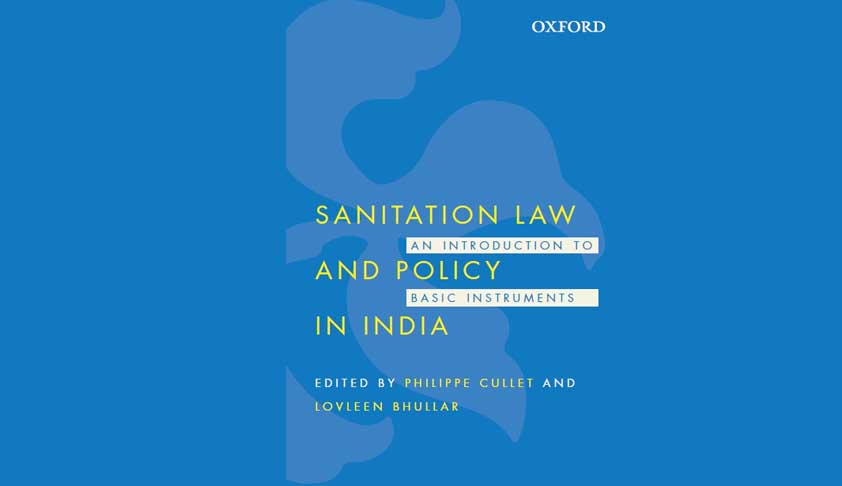 Edited by Philippe Cullet and Lovleen Bhullar, OUP, 2015, Rs.1195, Pages 510The former Union Minister, and Congress leader, Jairam Ramesh, while in office during the UPA regime, made a remark which earned him the wrath of the Sangh Parivar. He said that what India needs today is not more temples, but more toilets. But when the same remark was adopted with gusto by the present Prime...

The former Union Minister, and Congress leader, Jairam Ramesh, while in office during the UPA regime, made a remark which earned him the wrath of the Sangh Parivar. He said that what India needs today is not more temples, but more toilets. But when the same remark was adopted with gusto by the present Prime Minister, Narendra Modi, it received a lot of acclaim from everyone, for his foresight, and understanding. And Jairam Ramesh had reasons to be amused.

The figures are startling, though. There are still 79.2 crore people without access to a toilet, and 59.7 crore people practise open defecation.

But there are other dimensions of sanitation which are no less important. The recent honouring of Bezwada Wilson, National Convenor of the Safai Karamchari Andolan, with the prestigious Magsaysay award, is a recognition of his social and legal activism to eradicate manual scavenging. There are still 5.86 lakh rural households with dry latrines serviced by human beings, in India.

Water pollution, health and hygiene, are other dimensions, which need policymakers’ attention.

The editors of this volume rightly claim that for the longest time, sanitation received little attention from Indian policymakers and lawyers. They quickly add, however, that the past couple of decades have witnessed a significant change in the manner in which sanitation is viewed in the country.

To start with, the editors make a distinction between policy perspectives and legal dimensions, which according to them, have not kept pace with each other. The piecemeal nature of the existing legal instruments and the lack of awareness about them have contributed to knowledge deficit, they say.

Therefore, the book fills this gap by selecting the most important legal instruments on sanitation in India.

Thus there is a separate chapter on the basic instruments related to sanitation at the national level. It starts from the Supreme Court’s judgment in Municipal Council, Ratlam v Vardhichand and others (1980), gives an overview of the Constitutional provisions with a bearing on sanitation, and other principles applicable to sanitation, such as the public trust doctrine, precautionary principle, polluter pays principle, and sustainable development. The relevant case laws, National Water Policy and the National Green Tribunal Act, 2010, are cited.

The next chapter is on sanitation in rural areas, which includes the guidelines for Swachh Bharat Mission, 2014. This is followed by chapters on sanitation in urban areas, environmental and health aspects, regulation of recycling and reuse of sewage, and other legal instruments incorporation a sanitation dimension.

The editors are academics, teaching and researching environmental law. Philippe Cullet is Professor of International and Environmental Law at SOAS, University of London and Senior Visiting Fellow at the Centre for Policy Research, New Delhi.

Lovleen Bhullar is an independent researcher associated with the Environmental Law Research Society (ELRS), an NGO, working on environmental law and policy issues in New Delhi.

The book will be useful for those who wish to access all legal materials on sanitation in India in one book.