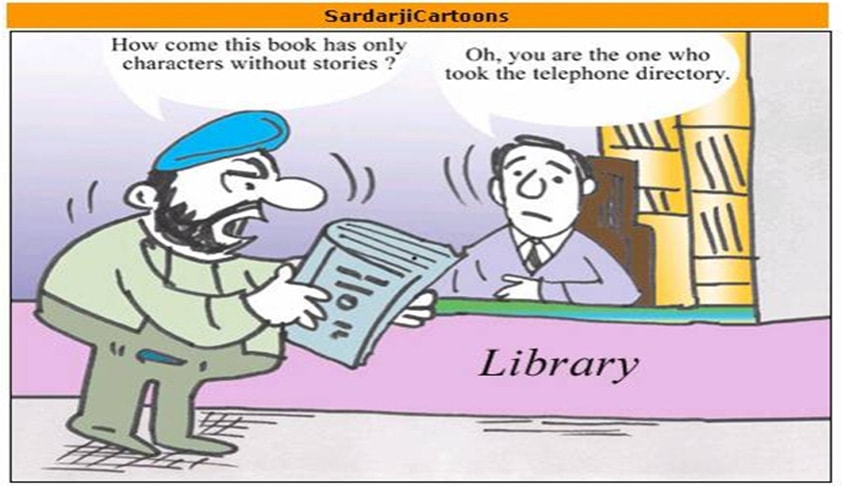 The Supreme Court of India today agreed to hear a public interest litigation which sought a ban on websites which spread jokes portraying the 'sardar' community as “persons of low intellect, stupid and foolish”.“We shall give you a detailed hearing after four weeks. Come well prepared. Assist the court with relevant documents”, Justice T S Thakur who headed a two judge bench of the...

The Supreme Court of India today agreed to hear a public interest litigation which sought a ban on websites which spread jokes portraying the 'sardar' community as “persons of low intellect, stupid and foolish”.

“We shall give you a detailed hearing after four weeks. Come well prepared. Assist the court with relevant documents”, Justice T S Thakur who headed a two judge bench of the court told petitioner Harvinder Chowdhury who is also a lawyer practicing in the apex court.

At the outset the court was in no mood to hear the petition till Chowdhury, herself belonging to the community prima-facie convinced the court that it was a matter worth a serious hearing and issues were related to the prestige of the community. She argued that such jokes amounted to humiliating and insulting the Sardars.

Asked justice Thakur: “Why should we ban such a thing? The community is known for its great sense of humour..they themselves enjoy the jokes ..did not the great author Khushwant Singh write jokes on Sikhs ? and he was a sardar. Perhaps the Sikh community themselves may object to our banning the jokes on the internet”.

Justice Thakur even went on to consult senior lawyer Abhishek Manu Singhvi who was present in the courtroom in connection with another case – the next case that is the aircel maxis case involving Dayanidhi Maran which was to be called--if he felt the court should proceed with the PIL or dismiss it.

Singhvi’s reply: “In my opinion from my experience, the community takes such jokes very sportingly”

During the hearing Justice Thakur, evoking laughter in the courtroom said “we are fortunate to have a judge from the community who will be in a better position to hear the petition so we shall forward the PIL to him” . But the petitioner said it was not necessary.

The court agreed to hear the petition after Chowdhury vehemently pleaded for a hearing some other day“at least for an hour”. “I knew that your lordship will say that these are just jokes and even sardars enjoy it. I know the petition is strange But I am on something else.. the kids in the community are thoroughly demoralized. I am married to a Hindu family . My daughter and son does not want the kaur and singh tags along with their name. They say friends make fun of me. Because of such jokes which I take very seriously, there is always fight between me and my husband’s family”. She told the court.

Chowdhury even said other lady lawyers in the Bar also at times insulted her for being a sardarni.

The petitioner stated that he finds it strange that when certain communities and castes are targeted, there's always much 'hue and cry' but when sardars are made the butt of jokes, there is not a single word of protest or any action.

Such a complaint has come up for the first time in Delhi - that too before the Supreme Court.

Earlier, Sikh groups have on several occasions gone to the police, especially in Mumbai, seeking ban on such jokes.

The issue was first successfully raised in March 2007, when on a complaint filed by a Sikh businessman Mohinder Nanksingh Kakar, Mumbai-based publisher Ranjit Parande was arrested for publishing a book on Santa and Banta, that allegedly carried "derogatory" jokes directed at the Sikh community.