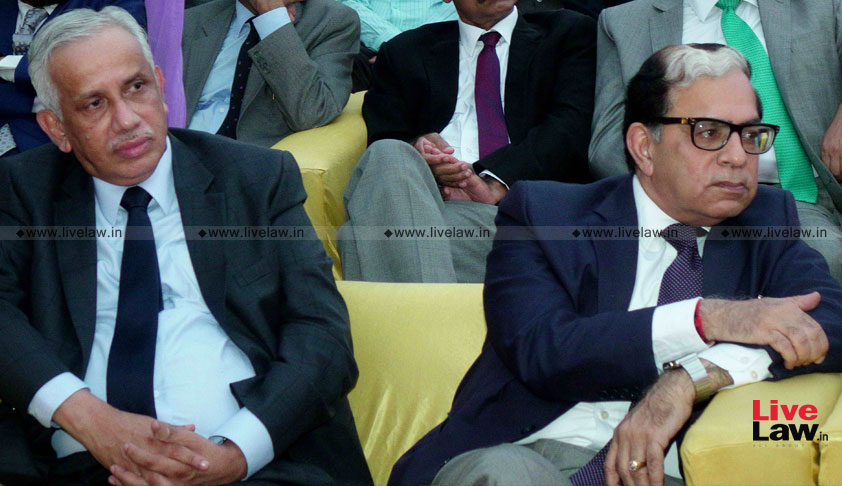 ‘The Union of India, as well as States and Union Territories, shall enforce the Witness Protection Scheme, 2018 in letter and spirit.’The Supreme Court on Wednesday approved the Witness Protection Scheme, 2018, prepared by Union of India and has directed it and all states and union territories to enforce the same in letter and spirit.The bench comprising Justice AK Sikri and Justice S...

‘The Union of India, as well as States and Union Territories, shall enforce the Witness Protection Scheme, 2018 in letter and spirit.’

The Supreme Court on Wednesday approved the Witness Protection Scheme, 2018, prepared by Union of India and has directed it and all states and union territories to enforce the same in letter and spirit.

The bench comprising Justice AK Sikri and Justice S Abdul Nazeer held that the said scheme shall be the ‘law’ under Article 141/142 of the Constitution till the enactment of suitable parliamentary and/or state legislations on the subject and also directed that vulnerable witness deposition complexes shall be set up by the states and union territories within a period of one year, i.e., by the end of the year 2019.

The Union of India had placed on record this scheme in response to a public interest litigation seeking protection for witnesses in rape cases involving self-styled preacher Asaram Bapu.

The bench noted that the essential features of the Witness Protection Scheme, 2018, include identifying categories of threat perceptions, preparation of a “Threat Analysis Report” by the head of the police, types of protection measures like ensuring that the witness and accused do not come face to face during investigation etc. protection of identity, change of identity, relocation of witness, witnesses to be apprised of the scheme, confidentiality and preservation of records, recovery of expenses etc.

The scheme formulated by the Home Ministry categorizes witnesses into three types:

The authority, when it receives an application, has to call for a Threat Analysis Report from the ACP/DSP in charge of the concerned Police Sub-Division. The scheme also mentions about types of protection measures that can be ordered, based on the Threat Analysis Report and hearing conducted in this regard by the competent authority. The authority is also empowered to order identity protection, change of identity and relocation of witnesses. The entire scheme has been reproduced in the judgment (Page 23-36).

Giving its imprimatur to the scheme, the court said: “Since it is beneficial and benevolent scheme which is aimed at strengthening the criminal justice system in this country, which shall in turn ensure not only access to justice but also advance the cause the justice itself, all the States and Union Territories also accepted that suitable directions can be passed by the court to enforce the said Scheme as a mandate of the court till the enactment of a statute by the Legislatures.”

The bench also observed that there is a paramount need to have witness protection regime, in a statutory form. It also emphasized on the need to create Vulnerable Witness Deposition Complexes. “One of the main reasons behind establishing these Vulnerable Witness Deposition Complexes was that a large percentage of acquittals in criminal cases is due to witnesses turning hostile and giving false testimonies, mostly due to lack of protection for them and their families, especially in case of women and children,” it added.