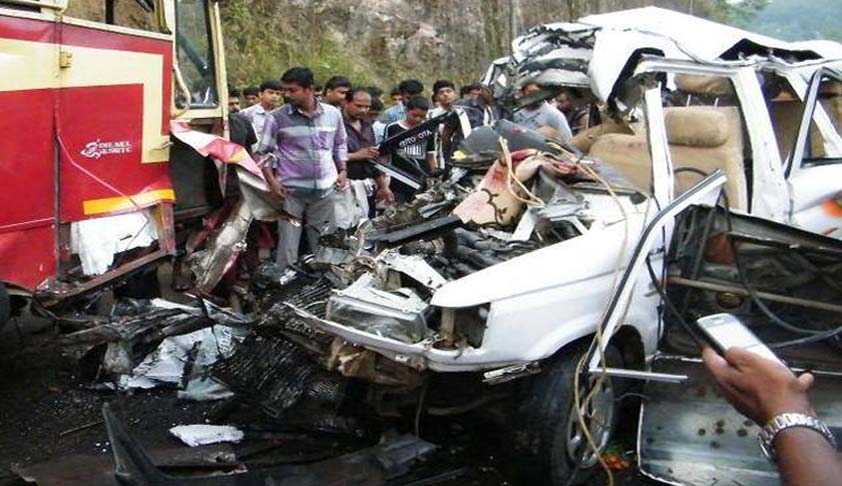 The Supreme Court on Wednesday underlined the need to strictly curb road accidents caused due to negligence. The court directed the Centre to consider stricter penalties for mishaps that occur due to rash and negligent driving as the current provisions were found to be inadequate to deter such nonchalance causing grave consequences.

A Bench comprising Justice Dipak Misra and Justice C. Nagappan sought Attorney General Mukul Rohatgi’s assistance to appraise the government about the dire need to revisit the law as the current penal provisions are ‘absolutely inadequate’.

The court said Section 304-A (causing death due to negligence) of the Motor Vehicles Act provides for up to two-year imprisonment and Section 184 which only imposes a fine for dangerous driving, including use of mobile phone.

Mukul Rohatgi, who at the last hearing was asked to assist the court, agreed with the court and submitted that prevention of road accidents requires a stern handling.

He submitted that Section 304-A covers all kinds of deaths by negligence and, therefore, mere providing of higher punishment may not sub-serve the cause of justice.

The court furthered on his contention and stated that ‘when a broken wall falls and someone gets injured or a person dies, Section 304-A is also attracted. Needless to say, there cannot be any dispute about the same, but this court is really concerned with the vehicular accidents that extinguish the life spark of many because of the whim and fancy, adventurism and harbouring of the notion that they are “larger than life” of the men at the wheel.’

The court observed that the vehicular possession in the nation has increased geometrically and the people are in a competition to pick up the speed leading to tragic consequences. The Attorney General informed the court that some people drive while putting their mobile phones in the ears as a consequence of which disastrous consequences take place. And the effect is the person gets into misery or he causes miseries to others.

On being asked if the current punishment of up to 2 years and the nominal fine amount are sufficient to tackle the menace, the AG’s response was an emphatic ‘no’. The court remarked: “We appreciate the concern shown by Mr. Rohtagi and, we are sure, he will apprise the competent authorities to have a revisit of the relevant provisions.”

The matter has been listed for hearing on 6th December this year.