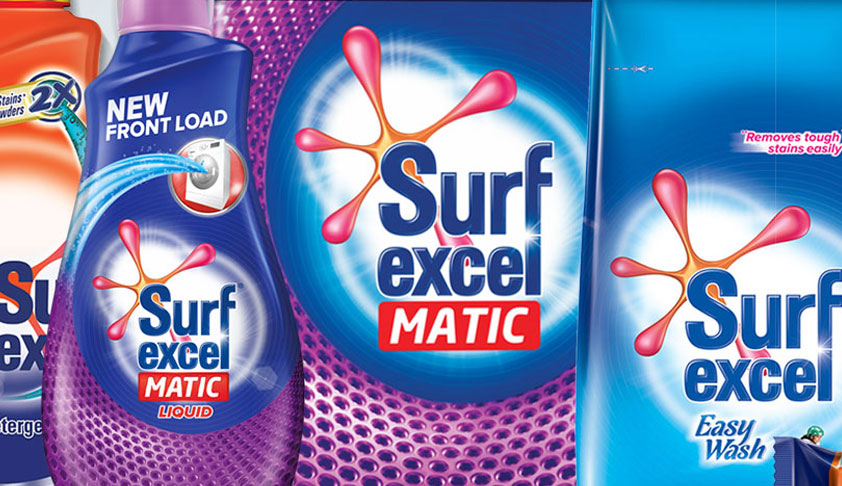 The Supreme Court, in Maharaj Singh v Hindustan Lever Ltd (Hindustan Unilever Ltd) in Special Leave Petition (Civil) Diary No(s). 36072/2017, has declined to interfere with the reversal order passed by the National Consumer Disputes Redressal Commission (NCDRC) wherein it had rejected claims made by claimants, who alleged that HUL was running a fraudulent scholarship scheme under the Surf Excel brand. Advocate Namit Saxena appeared for the petitioner, while HUL was represented by former attorney general Ashok Desai.

HUL, during the year 2006 to February 2007, advertised a promotion-cum-sale scheme for its product “Surf Excel” washing powder. Under the scheme in each Surf Excel pack, there was a box containing a stained cloth (Swatch) having certain hidden score between 1/10 and 10/10. The customers were assured that on washing swatch, the hidden score would appear. The customers, who would find the score 10/10 on the swatch, would be eligible for scholarship of Rs.5 lakh for the education of his/her child.

The petitioner purchased Surf Excel pack under the scheme and on washing the cloth found in the packet contained in the pack that the hidden score 10/10 appeared on it. The petitioner submitted its claim for the promised scholarship of Rs.5 lakh but HUL refused to honour the claim. Feeling aggrieved, the petitioner filed the consumer complaint before District Consumer Forum, Meerut.

After losing in the district forums and the state forums, HUL had finally succeeded before the NCDRC, which had ruled in the company's favour to hold the genuineness of the scheme and bonafide intention of the company. Additionally, the NCDRC had upheld the presence of secret code establishing that there was no need for company to disclose the presence of a code which was used to weed out frivolous claims.

The bench of Justice Chelameswar and Justice SK Kaul observed that it has to rest somewhere and declined to interfere.