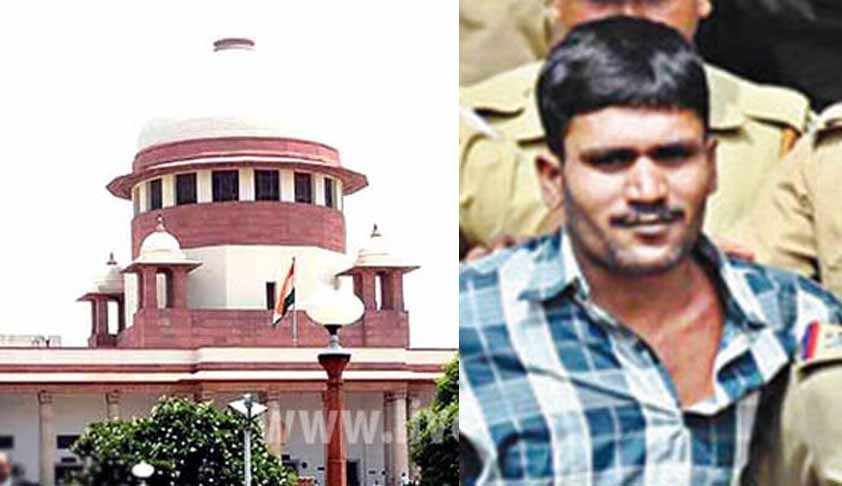 A Six Judge Bench of Supreme Court of India has dismissed the curative petition filed by Government of Kerala in Saumya rape and murder Case.The Bench of Chief Justice JS Khehar, Justices Dipak Misra, J Chelmeswar, Ranjan Gogoi, Prafulla C Pant and UU Lalit held that no case is made out within the parameters indicated in the decision of the court in Rupa Ashok Hurra vs Ashok Hurra...

A Six Judge Bench of Supreme Court of India has dismissed the curative petition filed by Government of Kerala in Saumya rape and murder Case.

The Bench of Chief Justice JS Khehar, Justices Dipak Misra, J Chelmeswar, Ranjan Gogoi, Prafulla C Pant and UU Lalit held that no case is made out within the parameters indicated in the decision of the court in Rupa Ashok Hurra vs Ashok Hurra & Another

In September 2016, Supreme Court had acquitted Govindachami alias Govindaswamy, the accused in Soumya Rape and Murder case, of Murder charges while upholding the conviction and sentence under Section 376 IPC for Rape and other offences.

Partly allowing the Appeal preferred by the Accused Govindachami, the Apex Court Bench comprising of Justice Ranjan Gogoi, Justice Prafulla C. Pant and Justice Uday Umesh Lalit had set aside the death penalty awarded for the Offence of Murder (S.302): but has sentenced him to Life imprisonment for Rape (s.376 IPC).

In November 2016, the same bench had dismissed the review petitions filed by Government of Kerala and mother of Saumya against the Judgment.

The incident occurred when 23-year-old Soumya MG was travelling in Ernakulam-Shornur passenger train No. 56608 on 1 February, 2011, back home from Kochi to Shornur. Accused Govindachami, who noticed Soumya travelling alone in the ladies’ compartment, trespassed into it as the train left Vallathole Nagar and caught hold of her with the intention to commit rape and robbery. As a result of the scuffle, she was dropped out of the moving train. The accused, too, sprang out of the moving train at Vettikattiri Desom at Vallathole Nagar and returned to the place where Soumya was lying in a daze. He shifted her to a nearby lonely place and, placing her in between two railway tracks, forcibly had sexual intercourse with her and also took away her mobile phone, worth Rs 1600. She was found later after co-passengers alerted the Railways authorities and was admitted to the Medical College Hospital in Thrissur immediately. However, she succumbed to her injuries on 6 February, 2011. The Trial (2011) The accused was tried at a fast track court in Thrissur. Convicting the accused for causing rape and murder and awarding him death penalty, the trial court judge K Raveendra Babu observed: “The victim was dazed even at the time of dropping. The accused committed the rape on the victim after the fall. The entire offence was extremely brutal in character and carried out in a domain manner. Therefore, I am of the clear view that the accused deserve nothing less than the extreme penalty of death. Lesser penalty is inadequate. If a lesser penalty is given, the society may lose faith in the efficacy of the justice system.” The court observed: “The bad antecedents of the accused and his subsequent conduct indicate that he is a menace to the society and is incapable of rehabilitation. The extreme depravity with which the offences were committed and the merciless manner in which rape was committed brings the case within the category of rarest of rare case which merits the death penalty.”

The Appeal (2012-2013) An appeal preferred by the accused was heard by the Kerala High Court Bench comprising Justice TR Ramachandran Nair and Justice B Kemal Pasha, which confirmed the conviction recorded by the trial court. Justice Pasha who authored the judgment, while confirming death penalty, observed: “The murder of the girl in these circumstances makes this a case of extreme culpability. The manner in which the girl was raped, robbed and murdered, the approach, and the method adopted by the accused disclose the traits of outrageous criminality in the behaviour of the accused and his premeditated action. This approach of the accused reveals a brutal mind-set of the highest order. The accused is proved to be a dare criminal.”

The accused preferred Special Leave Petition in the Supreme Court and the criminal appeal was finally heard by a three-judge Bench comprising Justice Ranjan Gogoi, Justice Prafulla C Pant and Justice Uday Umesh Lalit on 8 September, 2016. There was a huge media outrage when the Bench, during the course of hearing, expressed doubts with regard to Soumya’s ‘jump’ from the train. Reserving the judgment, the Bench remarked: “The court is convinced that Soumya was raped. The court also understands that she died due to head injury. However, it should be clarified whether Soumya was pushed from the train or whether she herself jumped from the train.”