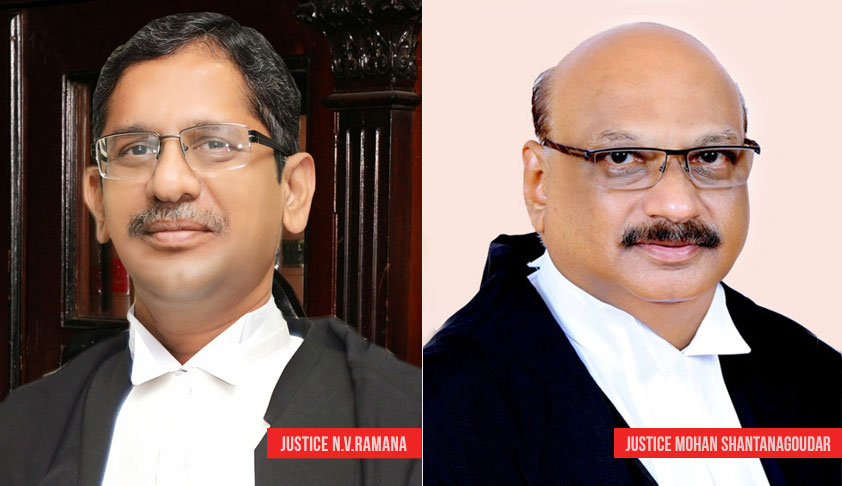 The Supreme Court has reiterated that the following four conditions are required to be satisfied while considering the applicability of the doctrine of res judicata as between co-defendants: There must be a conflict of interest between the defendants concerned; It must be necessary to decide the conflict in order to give the reliefs which the plaintiff claims; The question between the...

The Supreme Court has reiterated that the following four conditions are required to be satisfied while considering the applicability of the doctrine of res judicata as between co-defendants:

In this context, the bench comprising Justice NV Ramana and Justice Mohan M. Shantanagoudar observed that since the question of inter se title between the defendant’s father and the plaintiffs’ father was not in issue and was also not required to be decided in the disputes then raised, obviously, the doctrine of res judicata cannot be applied between such co-defendants.

The bench said: “There exist certain situations in which principles of res judicata may apply as between co-defendants. This has been recognized by the English Courts as well as our Courts for more than a century. The requisite conditions to apply the principle of res judicata as between co-defendants are that (a) there must be conflict of interest between the defendants concerned, (b) it must be necessary to decide this conflict in order to give the plaintiff the relief he claims and (c) the question between the defendants must have been finally decided. All the three requisite conditions are absent in the matter on hand.”

The court referred to Privy Council decisions in this aspect and also the decision of the Supreme Court in Mahboob Sahab vs. Syed Ismail and Others, and said: “It is true that under Section 11 of the CPC, when the matter has been directly or substantially in issue in a former suit between the same parties or between parties under whom they or any of them claim, litigating under the same title, the decree in the former suit would operate as res judicata between the plaintiff and the defendant or as between the co-plaintiffs or co-defendants. For instance, if in a suit by P against D1 and D2, the matter is directly and substantially in issue between D1 and D2 and adjudication upon that matter was necessary to determine the suit to grant relief to P, the adjudication would operate as res judicata in subsequent suits between D1 and D2 in which either of them is plaintiff or defendant. In other words, if a plaintiff cannot get his claimed relief without trying and deciding a case between the co-defendants, the court will try and decide the case in its entirety including the conflict of interest between the co-defendants and the codefendants will be bound by the decree. But if the relief given to the plaintiff does not require or involve a decision of any case between co-defendants, the co-defendants will not be bound as between each other.”

As regards the ‘admission’ argument, the bench observed that an admission can always be explained, unless such an admission gives rise to the principle of estoppel. “The principle of estoppel could have arisen if the father of the defendant had acted to his detriment on the basis of the representation made by the plaintiffs’ father as the basic requirement for attracting the principle of estoppel, is that the person to whom the representation has been made must have acted on the basis of such representation, and particularly to his own detriment. In the matter on hand, the father of the defendant knew about the correct position on facts and he very well knew that he was the owner to the extent of 50% of the property only, and as he did not act to his detriment, the question of estoppel does not arise.”