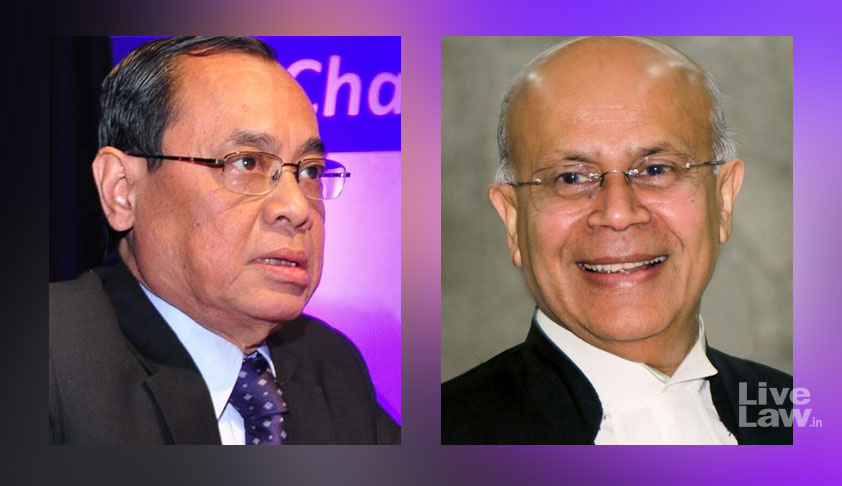 The Supreme Court bench of Justices Ranjan Gogoi and Navin Sinha today directed the Centre to frame a scheme for setting up special courts exclusively to deal with criminal cases involving political persons on the lines of the Fast Track Courts (FTCs).  The FTCs were set up by the Central Government for a period of five years and extended further.   The FTCs have now been...

The Supreme Court bench of Justices Ranjan Gogoi and Navin Sinha today directed the Centre to frame a scheme for setting up special courts exclusively to deal with criminal cases involving political persons on the lines of the Fast Track Courts (FTCs).  The FTCs were set up by the Central Government for a period of five years and extended further.   The FTCs have now been discontinued.

The bench issued the direction while hearing the public interest litigation (PIL) petition filed by Ashwini Kumar Upadhyay, seeking life-long disqualification of MPs, and MLAs, who have been convicted for criminal offences.

According to the data compiled by the Association of Democratic Reforms (ADR), there were a total of 1581 legislators, against whom criminal cases were pending in 2014.  When the bench sought to know whether the petitioner could update it, with the latest figures, so that the bench could decide whether it is dealing with a live issue or an academic one.   The petitioner and his advocate, Gopal Sankaranaryanan, however, sought time to compile the latest data.

When the Centre, through Additional Solicitor General, Atmaram N.S.Nadkarni, claimed that it is equally concerned with criminalisation in politics, the bench threw the ball in its court, and asked it to provide the latest data on the issue, as it is easier for the Government to compile the data on the national scale.

When Nadkarni said the Centre is prepared to fund the project of setting up special courts, but the implementation is in the hands of the State Governments, and therefore, the States must be made parties in this case, the bench suggested that the Centre should first frame a scheme, and if necessary, it would hear the States later.

Nadkarni also pointed out that there are no instances of any politicians getting disqualified, and after the period of disqualification is over, such politicians again seeking electoral offices.   Therefore, he suggested that the plea for life-long disqualification of such legislators on the ground of conviction in a criminal case, and the consequent disqualification by the Election Commission, may be addressing an imaginary issue.

The bench was not keen on relying on the many reports on criminalisation of politics, brought to its attention by the counsel.  “Do you want us to issue directions, or compile these reports, to say that there is criminalisation, and the Government should do something?”, the bench asked the counsel.

The bench came to know that there were about 9000 cognizable cases and 4000 non-cognizable cases against politicians in the country in 2014.  But when the bench sought to know how serious the problem is today, whether the figures might have gone up or down, the counsel had no answers.

The bench recorded the Election Commission’s stand, as revealed by its counsel, Meenakshi Arora, that it supports the petitioner’s pleas for setting up of special courts, and expeditious hearing of criminal cases against politicians, and life-long disqualification of convicted criminals.

The Centre, however, told the bench that it had not made up its mind on the question of life-long disqualification of convicted criminals, because it has various implications.

1. How many of 1581 cases involving Members of Legislative Assembly (MLAs) and Members of Parliament (MPs.) [as declared at the time of filing of the nomination papers to the 2014 Elections) have been disposed of within the time frame of one year as envisaged by this Court by order dated 10th March, 2014 passed in Writ Petition (Civil) No.536 of 2011.

2. How many of these cases which have been finally decided have ended in acquittal/conviction of MPs. and MLAs., as may be.

3. Between 2014 and 2017 (as on date) whether any further criminal case(s) has been lodged against any present or former legislator (MP/MLA) and, if so, the detail(s) thereof, including detail(s) with regard to the disposal of such case(s).

1.Insofar as setting up of Special Courts are concerned, setting up of Special Courts and infrastructure would be dependent on the availability of finances with the States. Without going into the controversy raised on the aforesaid score, the problem can be resolved by having a Central Scheme for setting up of Courts exclusively to deal with criminal cases involving political persons on the lines of the Fast Track Courts which were set up by the Central Government for a period of five (05) years and extended further which Scheme has now been discontinued.

2. A Scheme to give effect to the above may be laid before the Court on the next date fixed indicating the amount of funds that can be earmarked for setting up of Special Courts where-after the issue of appointment of Judicial Officers, Public Prosecutors, Court staff and other such requirement of man-power and infrastructure (which would depend on the availability of funds from the Central Government) will be dealt with by the Court, if required, by interacting with the representatives of the respective State Governments.

The Court has granted granted two weeks' time for Election Commission to bring on record an affidavit showing the nature of cases wherein the power under Section 11 of the Representation of the People Act, 1951 has been exercised in the past.

The next date of hearing of the case is on December 13.