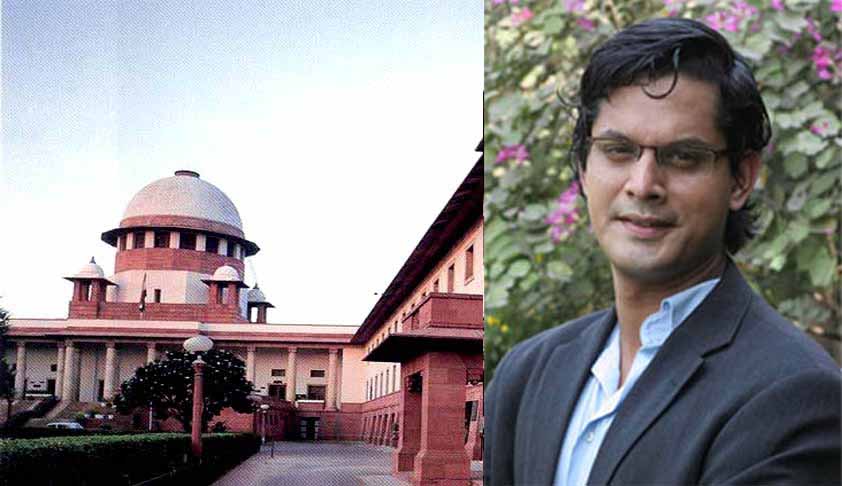 A Division Bench of the Supreme Court on Friday imposed costs of Rs. 25,000 on the Bar Council of India, for failing to respond to Prof. Shamnad Basheer’s petition demanding a permanent body for conducting the Common Law Admission Test (CLAT).Imposing the amount to be deposited as costs in the Supreme Court Advocates on Record Welfare Trust, the Bench comprising Chief Justice T.S. Thakur...

A Division Bench of the Supreme Court on Friday imposed costs of Rs. 25,000 on the Bar Council of India, for failing to respond to Prof. Shamnad Basheer’s petition demanding a permanent body for conducting the Common Law Admission Test (CLAT).

Imposing the amount to be deposited as costs in the Supreme Court Advocates on Record Welfare Trust, the Bench comprising Chief Justice T.S. Thakur and Justice A.M. Khanwilkar granted four weeks’ time to the respondents to file their responses.

During the hearing, newly appointed Additional Solicitor General, Mr. Atamaram Nadkarni appearing for the Union of India prayed for and is granted four weeks' time for filing counter affidavit. –

Advocate Liz Mathew who appeared for Prof. Basheer told the Bench that the Bar Council of India has not filed counter affidavit despite last opportunity granted for the purpose. Mr. A.K. Prasad counsel appearing on behalf of BCI prayed for four weeks' further time for filing counter affidavit. The Bench has granted time subject to payment of Rs.25,000/- (rupees twenty five thousand) to be deposited as costs in the Supreme Court Advocates on Record Welfare Trust.

Sources close to BCI indicate that the regulatory body is planning to launch an All India Entrance Examination for law aspirants to secure admissions to the all Law Colleges in the country, including the National Law Schools.

The Court had issued notices to the Centre, Bar Council of India and Rajiv Gandhi National University of Law Patiala in September last year, on the PIL seeking immediate intervention of the Court against the opaque and inefficient implementation of CLAT that is held every year for the purpose of admissions to graduate and Post-graduate programs in the discipline of law offered at the premier National Law Universities (NLUs) in India.

Contending that almost all the CLAT exams have been characterized by egregious lapses, Mr. Basheer has sought setting up of a “robust, structured and institutionalized mechanism for conducting CLAT to avoid uncertainties and reduce the scope for errors and lapses.”

The petition argues that despite the growing popularity of CLAT, “its planning and execution over the years has been marred with serious institutional lapses and inefficiencies, such as arbitrary and sub-standard question papers, incorrect questions and answers, questions that have no reasonable nexus to ones aptitude for the study of law, wrongful allotments of seats, unnecessary delays and an opaque administration that fails to comply with basic standards of transparency and the norms underlying the RTI Act.”

The Common Law Admission Test (CLAT) was instituted pursuant to the signing of a Memorandum of Understanding in 2007 by the Vice-Chancellors of the first seven NLUs to be established, that is, NLSIU, NALSAR, NLIU, WBNUJS, NLUJ, HNLU and GNLU, which in turn was pursuant to the orders of the Supreme Court in Varun Bhagat v Union of India and Others, W.P. No. 68 of 2006, decided on 23.11.2007.