SC Once Again Junks Plea Against Khehar’s Elevation As CJI 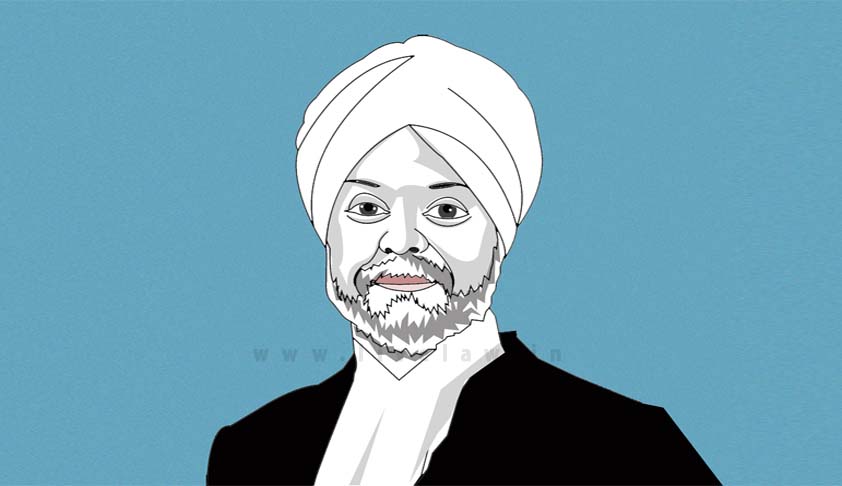 Twice within a space of a week, the vacation bench of the Supreme Court dismissed a petition challenging the elevation of justice J S Khehar as the Chief Justice of India.Asserting that there was no question of Justice Khehar being considered ineligible for the post as it was a decision taken by the collegium compirising of not only him but also four other senior-most judges of the SC,...

Twice within a space of a week, the vacation bench of the Supreme Court dismissed a petition challenging the elevation of justice J S Khehar as the Chief Justice of India.

Asserting that there was no question of Justice Khehar being considered ineligible for the post as it was a decision taken by the collegium compirising of not only him but also four other senior-most judges of the SC, the vacation bench of justices R K Agrawal and D Y Chandrachud today observed that the petitioner- National Lawyers' Campaign for Judicial Transparency and Reforms—too had praised justice Khehar’s quality.

The bench rejected the arguments that Justice Khehar, while heading a five-judge constitution bench that had struck down the National Judicial Appointments Commission (NJAC), had benefitted himself as the judgement had revived the collegium system for appointment of judges in the higher judiciary.

"Since the petitioners have praised the quality of Justice J S Khehar, there is no question of him being considered ineligible for being appointed as the Chief Justice of India," the bench said.

"So far as this allegation ( is concerned, it is sufficient to mention that collegium not only consist of the CJI but also four other senior-most judges of the Supreme Court," the bench said.

Advocate Mathews J Nedumpara, appearing for the lawyers' body, argued that the issue of judiciary's independence and appointment of judges was important and it was "painful" for them to approach the apex court with such a petition.

He claimed that judges in the higher judiciary were coming from "a few families only" and "it cannot be the exclusive domain of some persons".

"This court has to listen to the critics. Democracy is all about criticism," he said, adding that Justice Khehar should refuse to become the next CJI.

On December 23 also another vacation bench of the Supreme Court refused to entertain a plea which sought staying of the move to elevate Justice Jagdish Singh Khehar, the second senior most SC judge, as Chief Justice of India.

The judges then reminded that Justice Khehar has already been appointed by the President and so the petition had become infructuous.

There is nothing left in the petition as the President has already appointed Justice Khehar as Chief Justice and the notification has been issued, a bench of justice Ashok Bhushan and justice L  Nageswara Rao said.

After CJI T S Thakur recommended his name, President Pranab Mukherjee has already appointed justice Kheharas the 44th Chief Justice. He will be sworn in on January 4, 2017.

Advocate Matthew Nedumpara of the  National Lawyers' Campaign for Judicial Transparency and Reforms who was the petitioner in that PIL also said that instead of Justice Khehar, Justice J. Chelameshwar, now the fourth senior-most judge, should be elevated as he had given a dissenting view when the National Judicial Appointments Commission was struck down by a five-judge constitution bench headed by Justice Khehar.

The lawyers' body said Justice Khehar, being a member of the collegium, had "usurped to himself the power of appointment of judges" by quashing as "unconstitutional" the National Judicial Appointment Commission Act, 2014. The Act had sought the abolition of the collegium.

The petition, however, said it had the highest respect for Justice Khehar's personal integrity, rectitude and judicial acumen.

Triggering a stiff judiciary vs government confrontation, the bench led by Justice Khehar had in October last year struck down a new law brought in by the Modi government - National Judicial Appointments Commission which had given it a major role, including veto powers, in matters relating to appointment and transfer of apex court and high court judges.

The six-member National Judicial Appointments Commission - led by chief justice and with two senior-most SC judges, law minister and two "eminent persons" nominated by a committee comprising PM, CJI and Leader of Opposition in the Lok Sabha or leader of the largest Opposition party in LS - was to replace the two-decade old collegium system in which the chief justice and four senior-most judges appointed judges.

But  Justice Khehar-led constitution bench  termed it an  affront on independence of judiciary, violative of basic structure of the Constitution, in breach of principle of separation of powers and not guaranteeing primacy to the judiciary in appointment of judges

At the recent Constitution Day celebration on November 26 said that the judiciary would remain with its Lakshman Rekha provided the Executive and Legislature follow constitutional norms and principles.